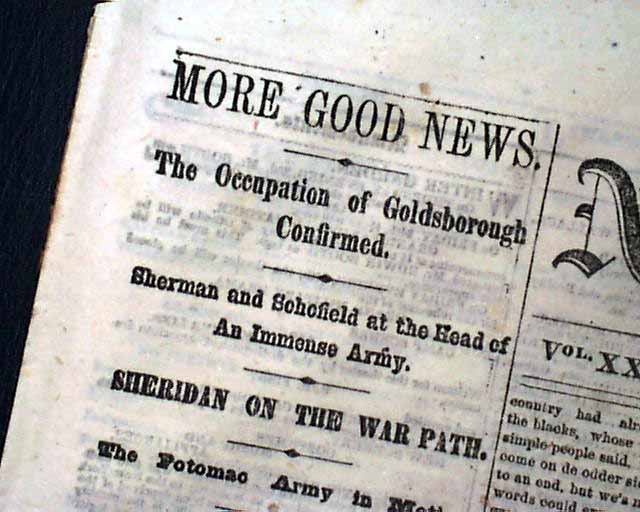 Among the front page one column heads on the Civil War are: "MORE GOOD NEWS" "The Occupation of Goldsborough Confirmed" "Sherman & Schofield at the Head of An Immense Army" "Sheridan On The War Path""The Potomac Army in Motion" "Late Rebel News" "The Army of the James" and more.

This issue is complete in eight pages, and is in very nice condition. 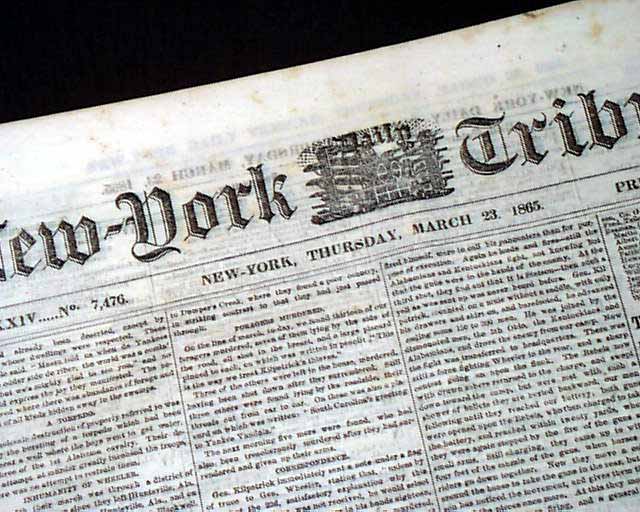 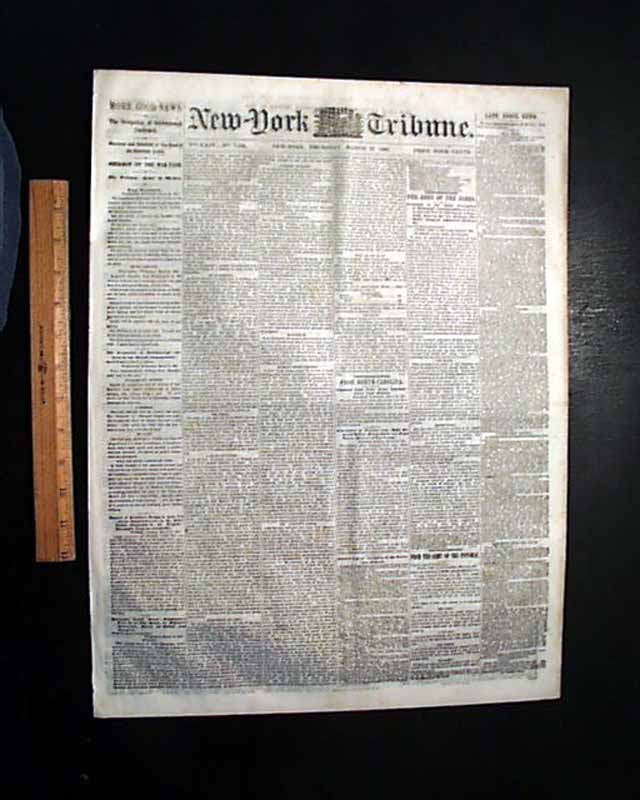 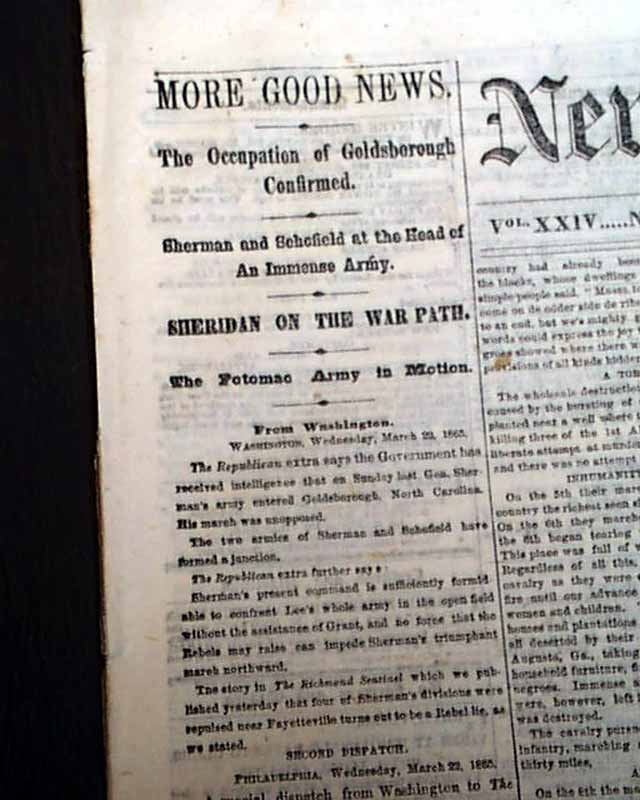 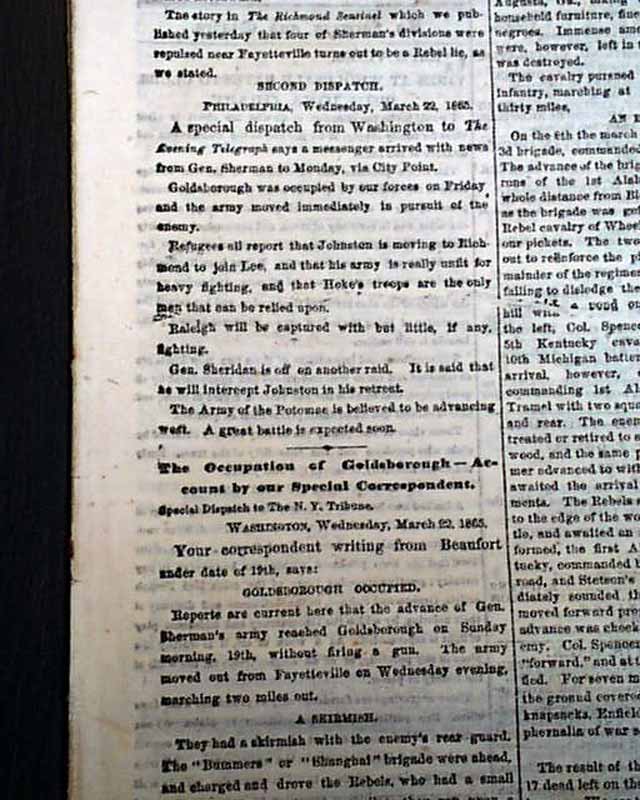 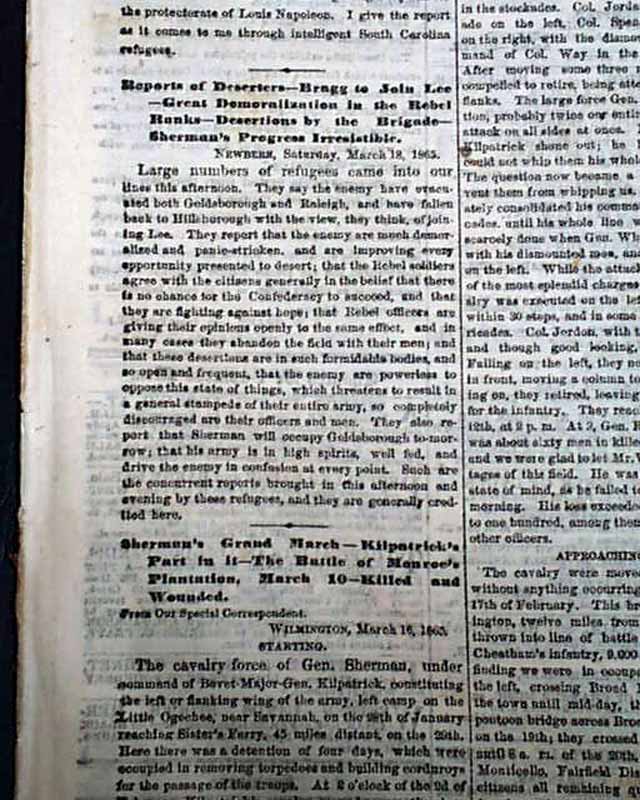 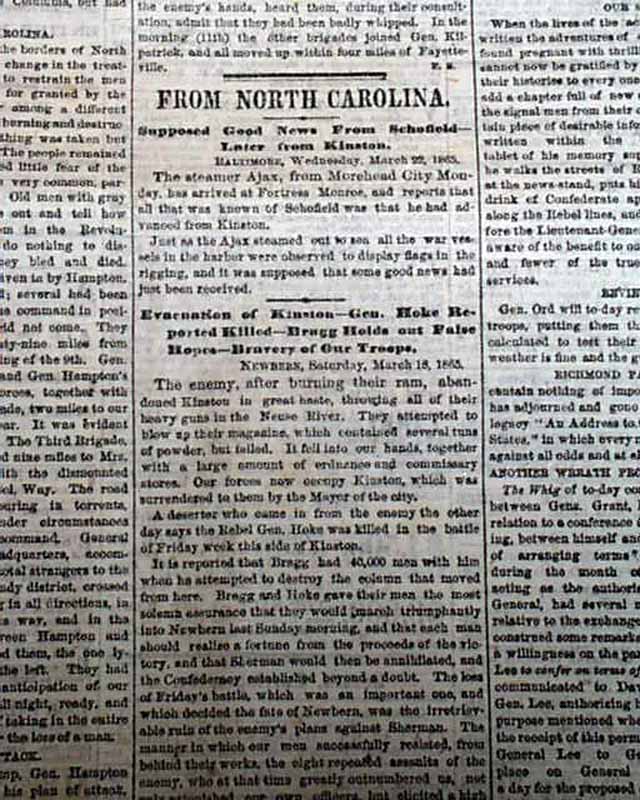 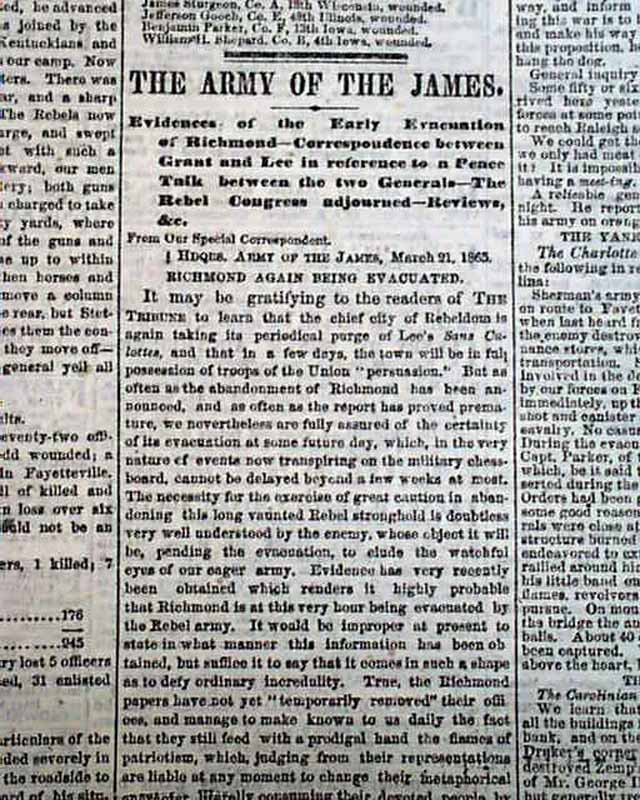