Home > Back to Search Results > Cornwallis takes over in America...
Click image to enlarge 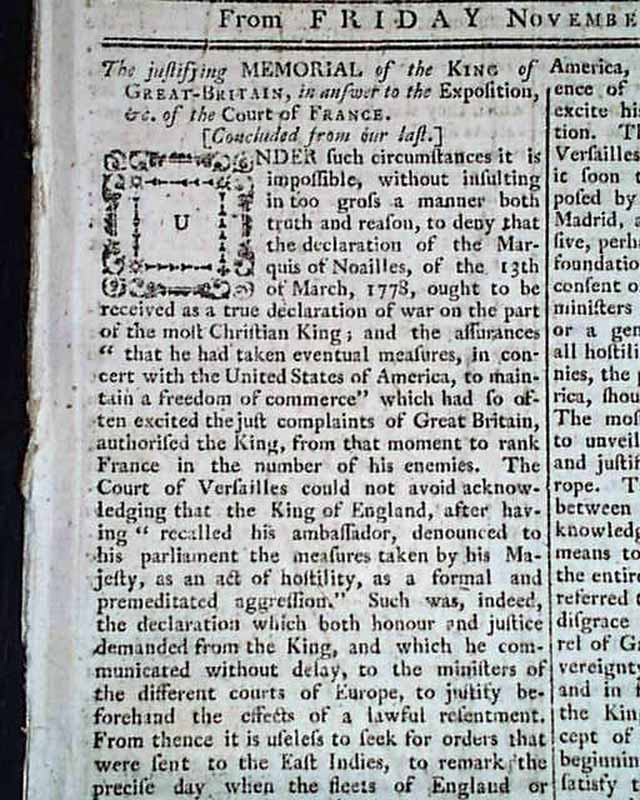 Cornwallis takes over in America...

Most of the front page is taken up with: "The Justifying Memorial of the King of Great Britain in answer to the Exposition of the Court of France" which relates in part to the French involvement in the Revolutionary War (see for portions). Page 2 has a note: "Sir Henry Clinton is on his return to England...The chief command in America devolves upon Lord Cornwallis." Also: "...declared at a coffeehouse near the 'Change that he saw Paul Jones at the Hague last Thursday...he was dressed in scarlet, trimmed with gold; that he is much caressed by the Dutch; and that he saw his ships all lie in the Texel." Page 2 also has some naval reports under the heading: "America" (see).
Eight pages, 8 1/2 by 11 1/4 inches, nice condition.