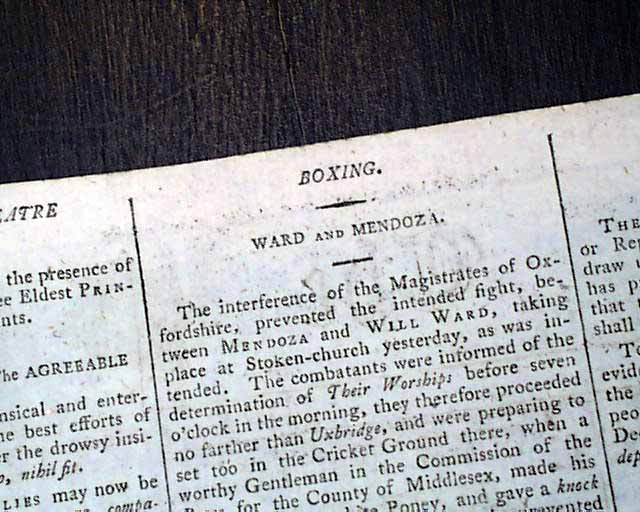 Page 2 has an article: "Boxing" "Ward and Mendoza" which is a report on the planned match between these two boxers, but it was stopped before it happened by the local magistrates. This was also very early in the charging of admission to attend and nice to have mention of this: "...there being no convenient situation near--that is, no enclosed place where the door money could be collected, for that was the grand object--they did not fight." (see).
Daniel Mendoza was a famous Jewish boxer who transformed the English stereotype of a Jew from a weak, defenseless person into someone deserving of respect. He is said to have been the first Jew to talk to the King, George III (see hyperlink).
Four pages, very nice condition.