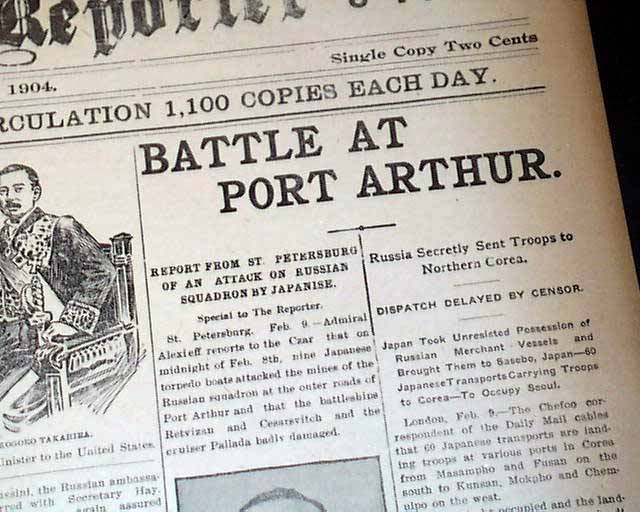 This 8 page newspaper has a two column headline on the front page: "BATTLE AT PORT ARTHUR" with subheads. 1st report coverage on the battle of Port Arthur in Manchuria that started the Russo-Japanese War.

Other news and advertisements of the day throughout. Light browning, a little margin wear, should be handled with care. 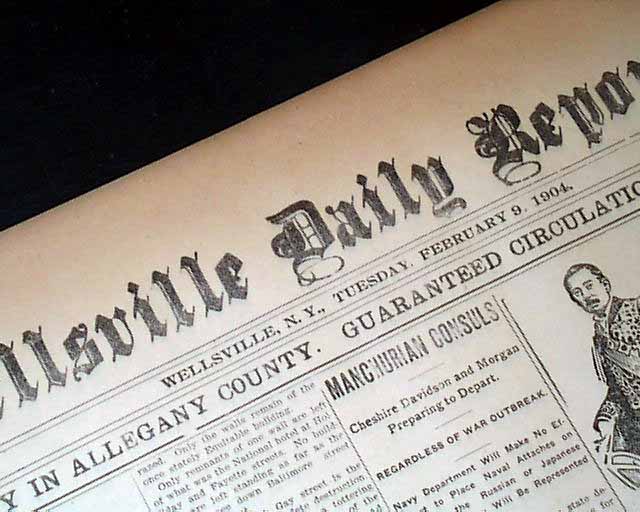 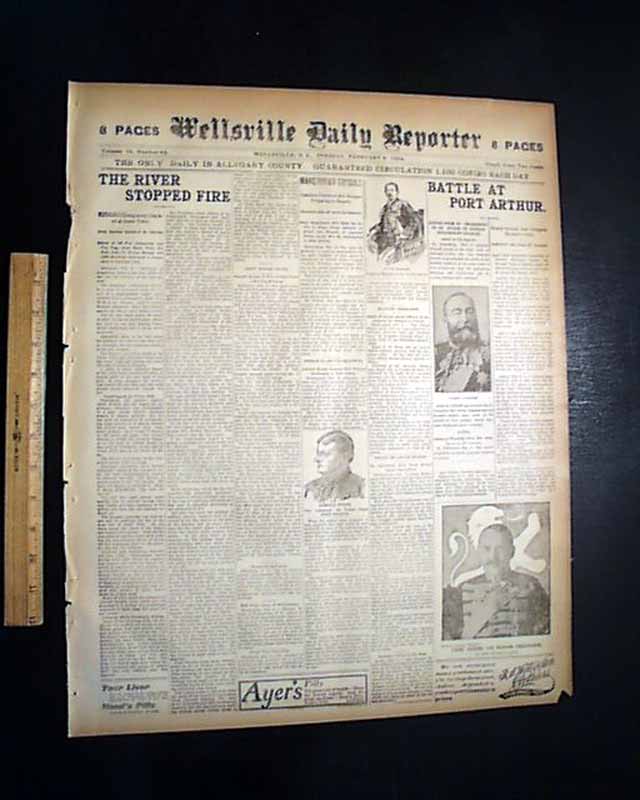 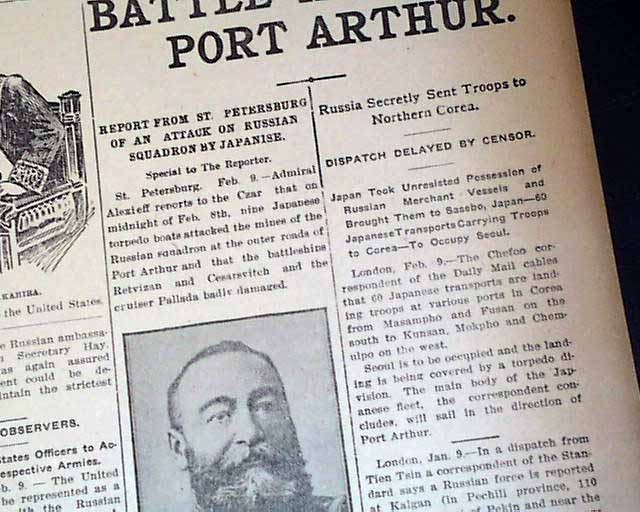 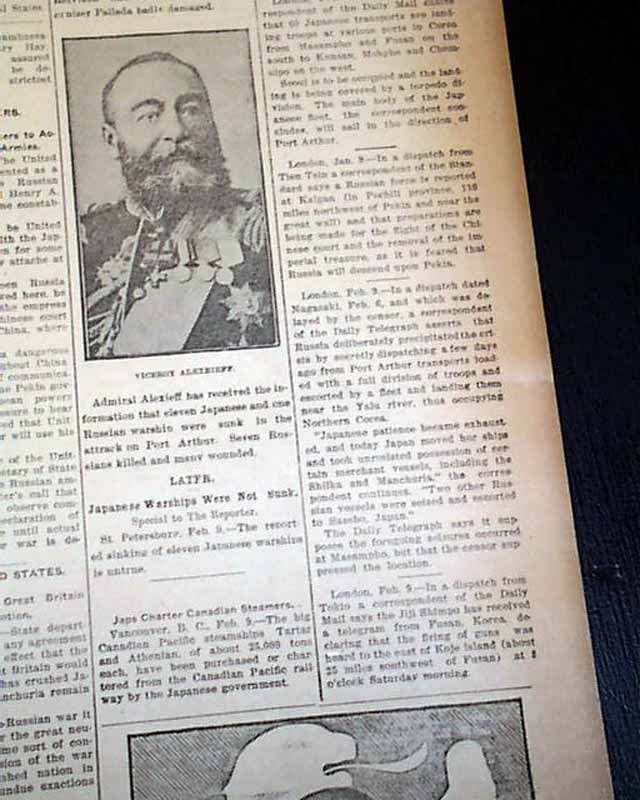 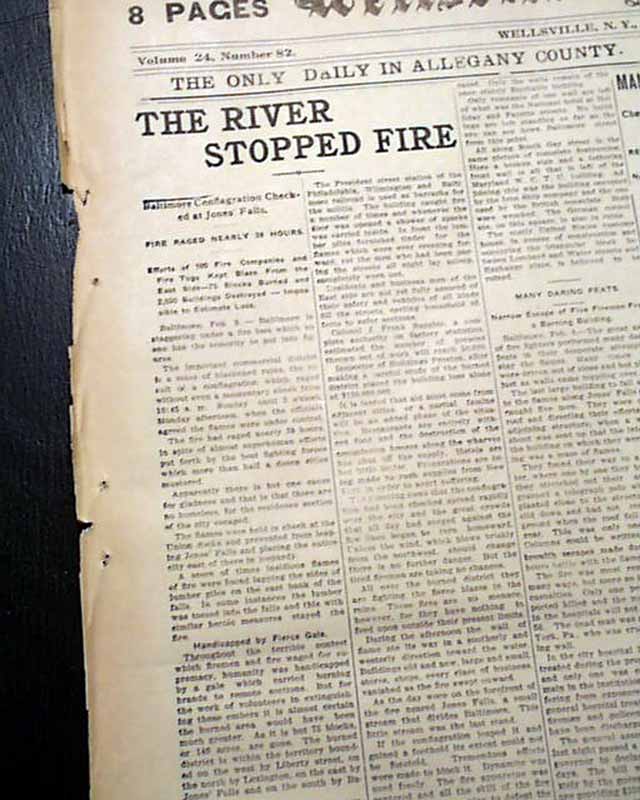