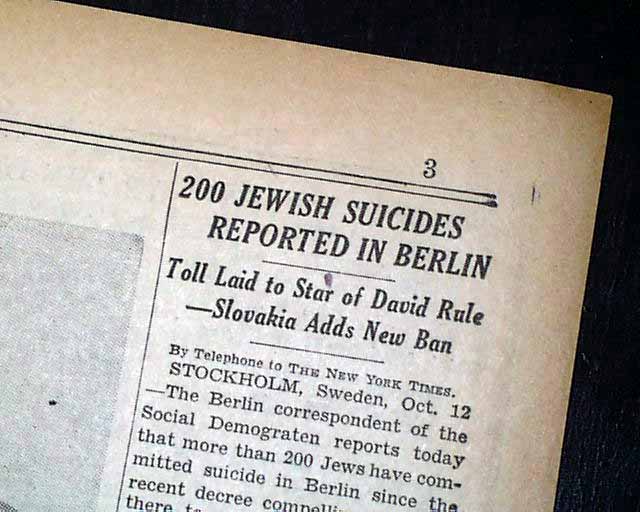 The top of page 3 has a notable Judaica report, headed: "200 Jewish Suicides Reported In Berlin", "Toll Laid to Star of David Law--Slovakia Adds New Ban". The article reports that some of the Jewish population in Berlin, Germany are committing suicide rather than wear the Star of David badge that was recently put into law there.

Other news, sports and advertisements of the day throughout. Complete in 36 pages, Minor margin wear, a few small tape mends here, otherwise good.