Home > Back to Search Results > 1940 Battle of Britain begins...
Click image to enlarge 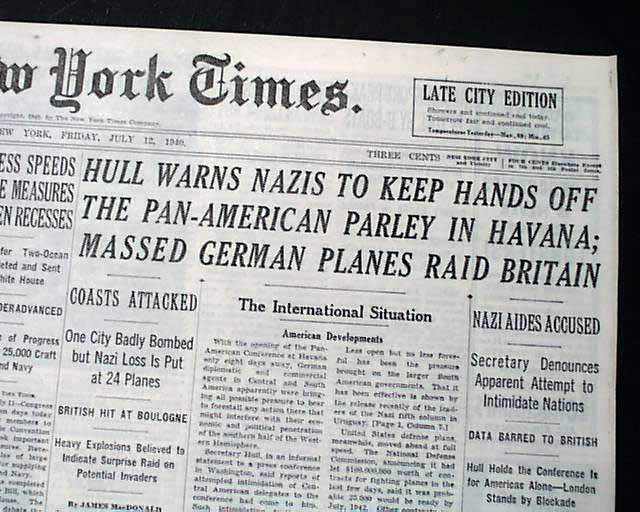 This 34 page newspaper has a four column headline on the front page: "MASSED GERMAN PLANES RAID BRITAIN" with subheads that include: "COASTS ATTACKED" "One City Badly Bombed but Nazi Loss Is Put at 24 Planes" and more. More on page 2.1st report coverage on the beginning of the "Battle of Britain" by the German Air Force (Luftwaffe).

Other news, sports and advertisements of the day. Rag edition in very nice condition.