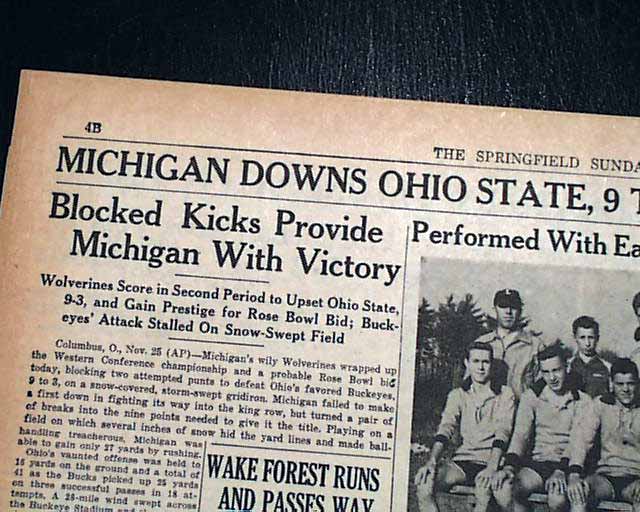 This 40+ page Sunday edition has a four column headline on page 4 of the sport's section (inside): "MICHIGAN DOWNS OHIO STATE, 9 TO 3" with subheads. See photos for report with stats and lineup. 1st report coverage on the "Snow Bowl" college football game which was probably the most famous of the Michigan-Ohio State rivalry games.  A great issue for the Big Ten fan.

wikipedia notes: The Snow Bowl is the nickname given to a game of American football played on November 25, 1950, between the college teams of the University of Michigan and The Ohio State University. The Michigan Wolverines defeated the Ohio State Buckeyes 9-3, earning the Big Ten conference championship and a berth in the 1951 Rose Bowl game. It is part of the lore of the Michigan-Ohio State rivalry.