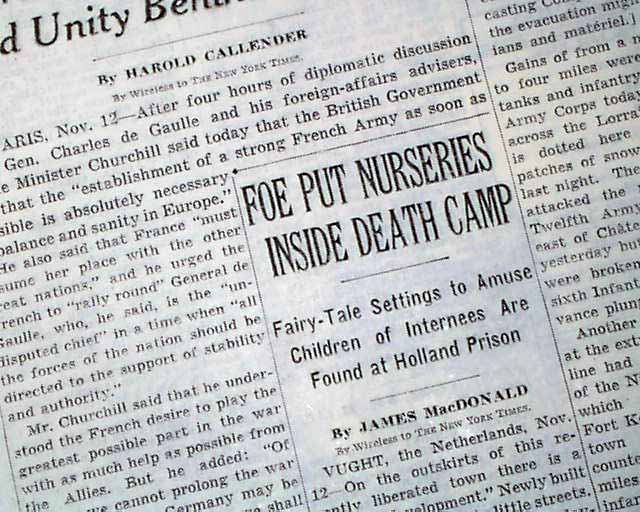 This 32 page newspaper has one column headings on the front page: "FOE PUT NURSERIES INSIDE DEATH CAMP" and "Fairy-Tale Settings to Amuse Children of Internees Are Found at Holland Prison".

Also one column headings on page 3 that includes: "SS Women Guards Declared Brutal" "Refugees From Prison Camp Say They Tortured Captives for the 'Pleasure of it'" "3,000,000 Jews Executed" and more. See photos for coverage on the ongoing atrocities in Nazi-occupied Europe. Rare to find such reports in newspapers at this time as the reality of the holocaust was just being realized.

This paper contains other news, sports, and and advertisements of the day throughout with much on World War II. This rag edition is in great condition. 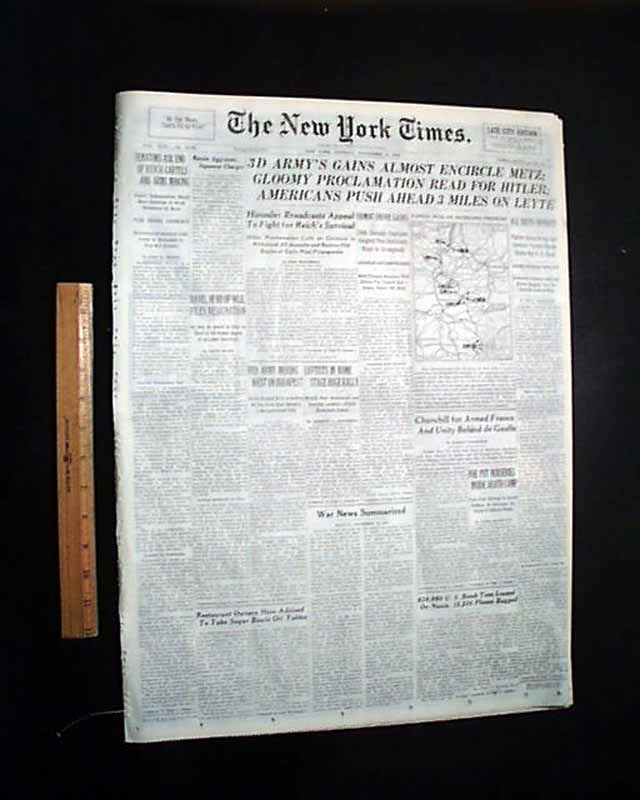 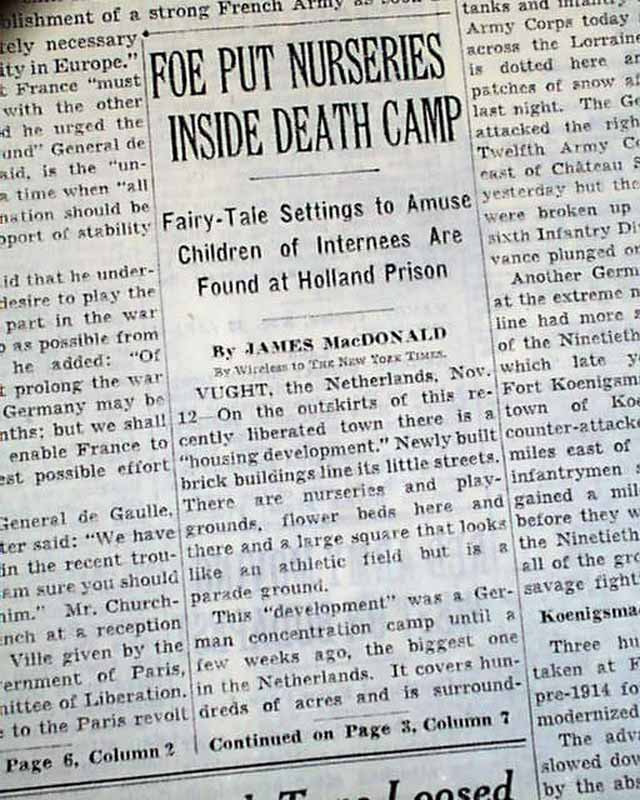 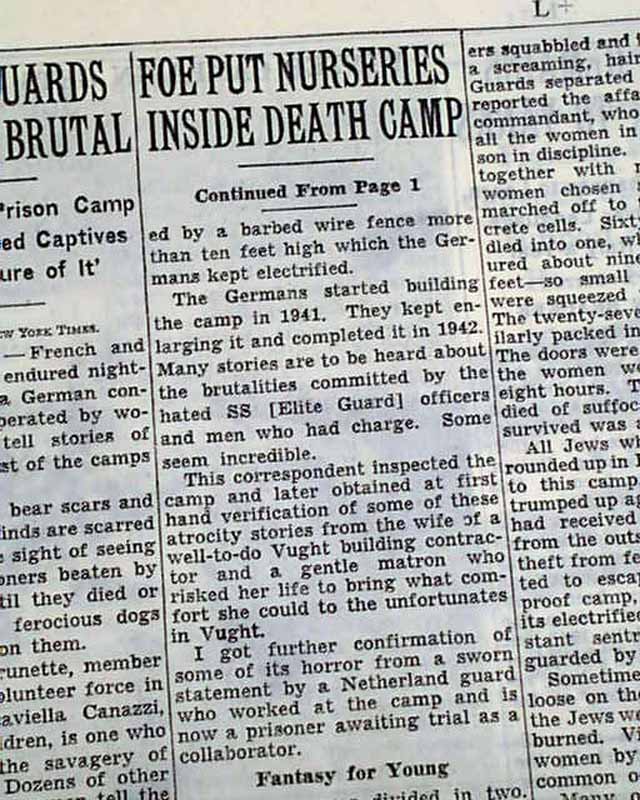 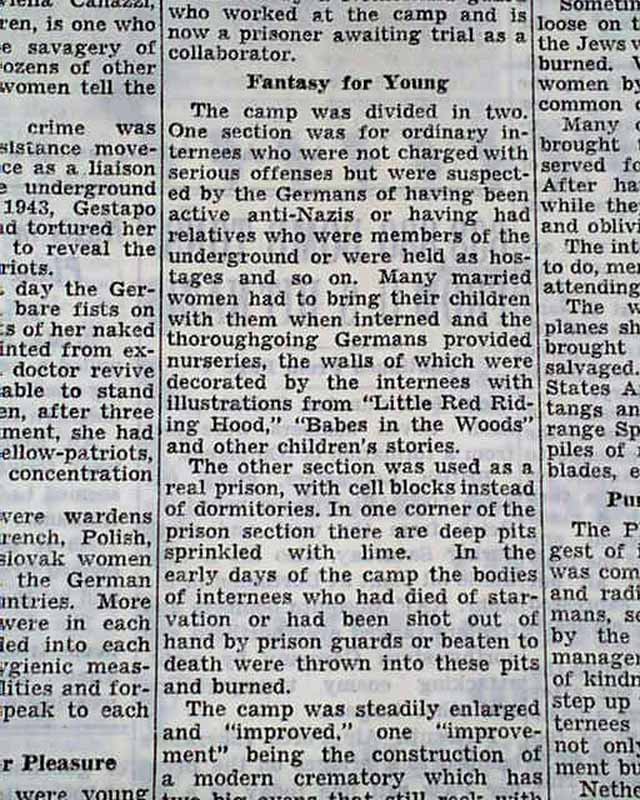 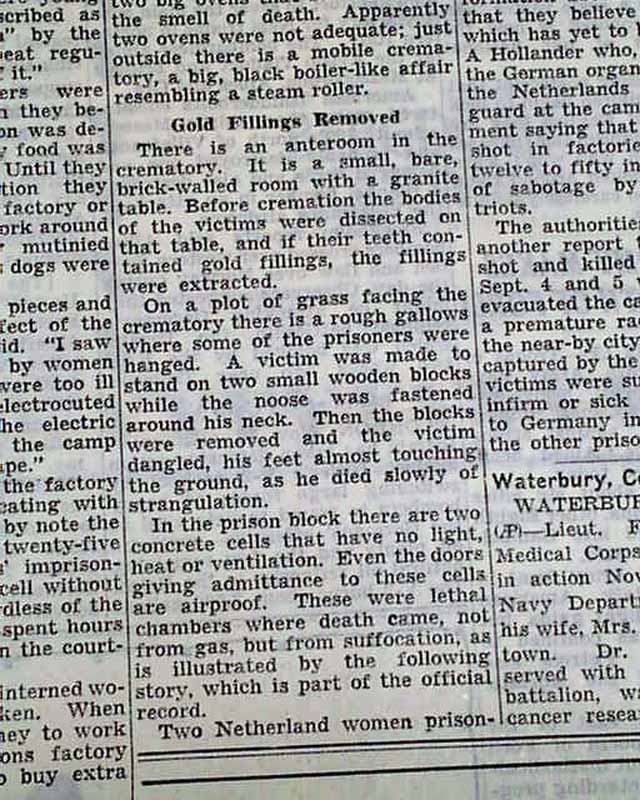 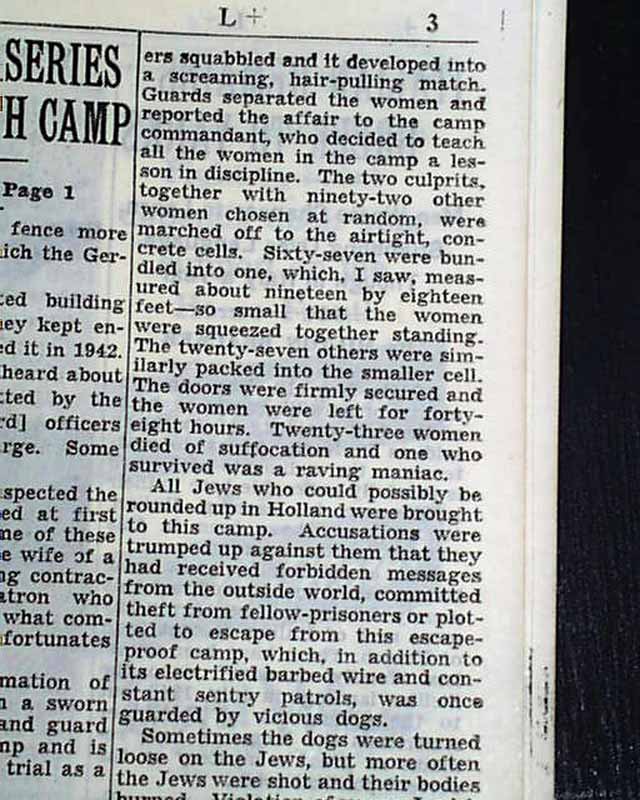 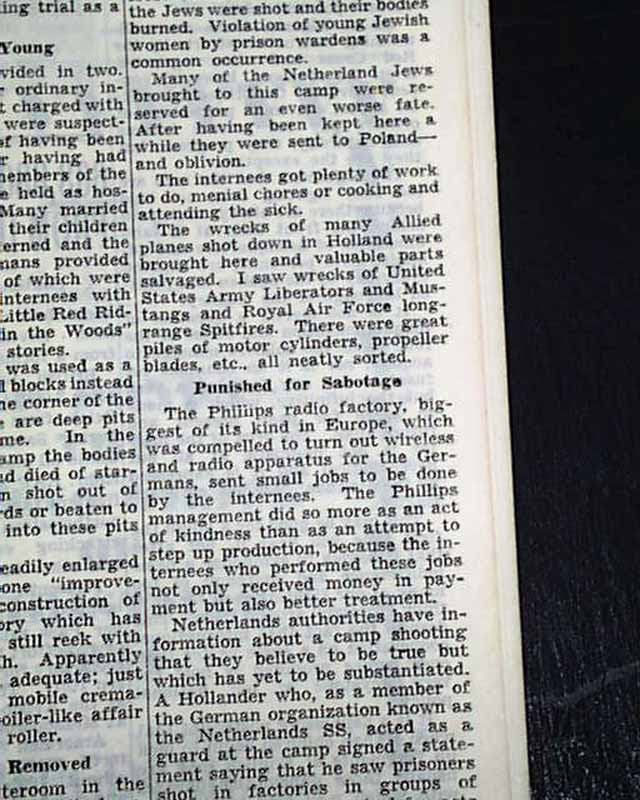 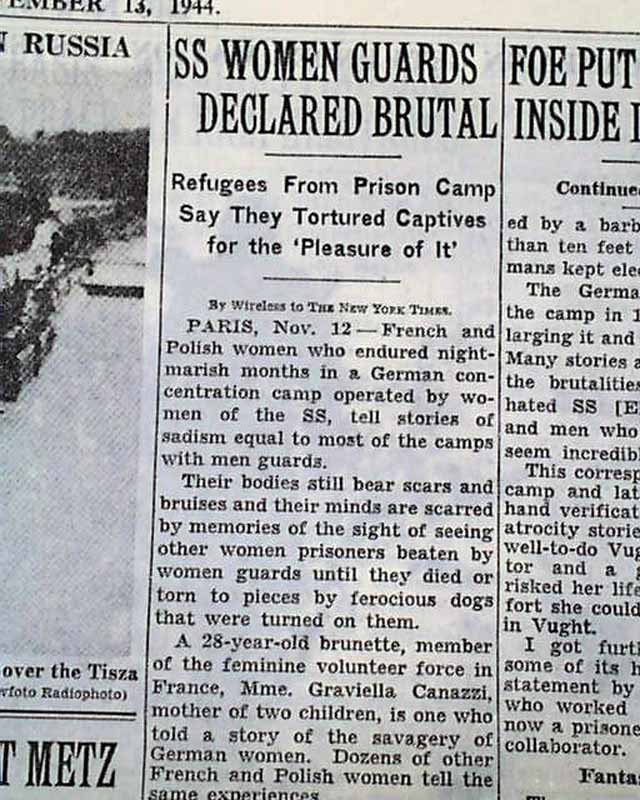 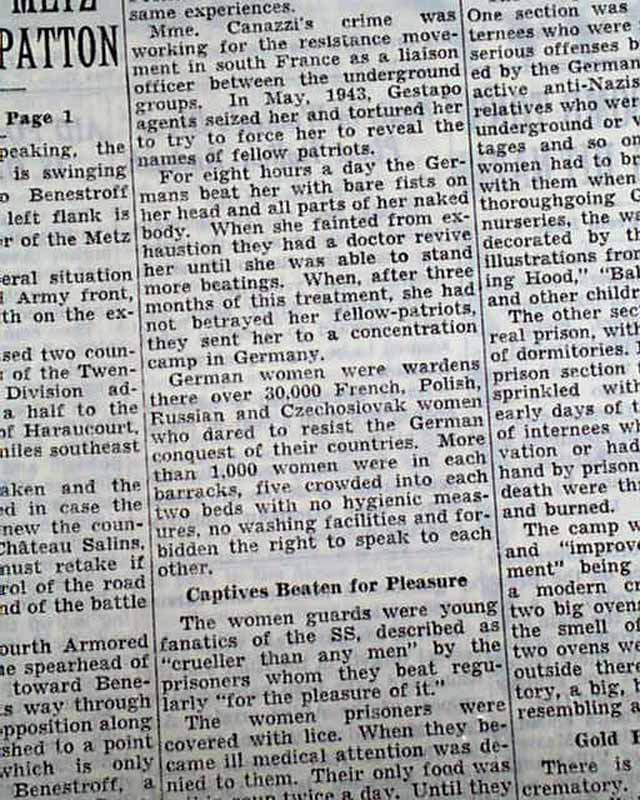 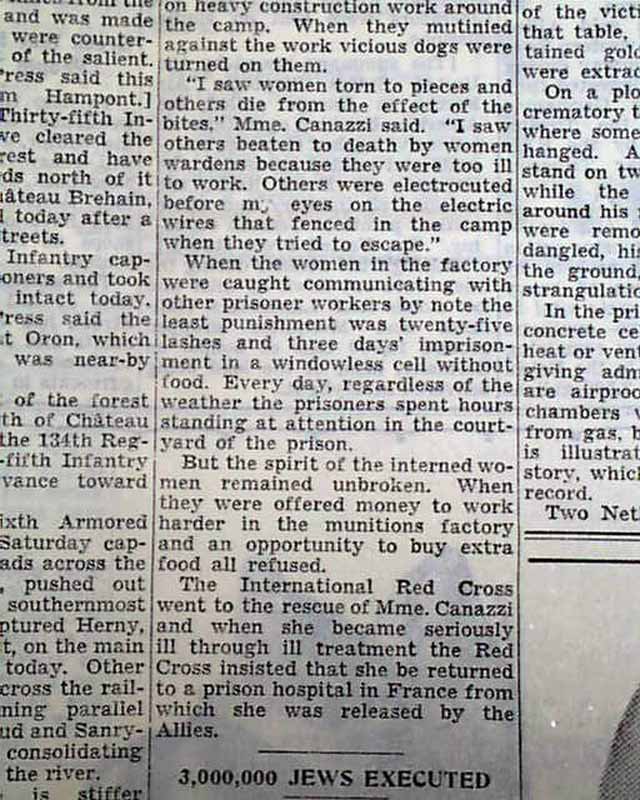 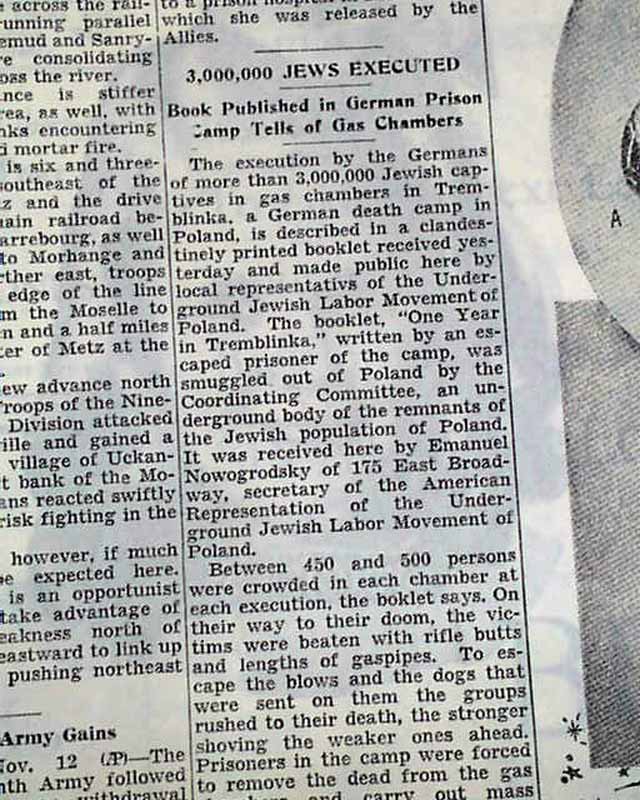