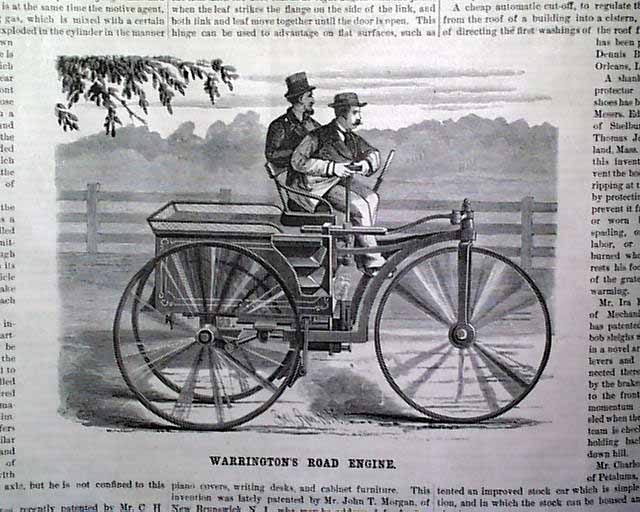 
SCIENTIFIC AMERICAN, New York, Jan. 1, 1881  Inside has an interesting illustration and article on a: "Novel Road Engine" with the print captioned: "Warrington's Road Engine". It is described as an early internal combustion engine: "...The fuel, which is at the same time the motive agent, is common illuminating gas, which is mixed with a certain proportion of air, and exploded in the cylinder in the manner common to well known gas engines...". The invention of the automobile is more typically given to Karl Benz latter in the 1880's.

The issue contains other articles and advertisements.