Home > Back to Search Results > Thoughts of resisting the Stamp Act...
Click image to enlarge 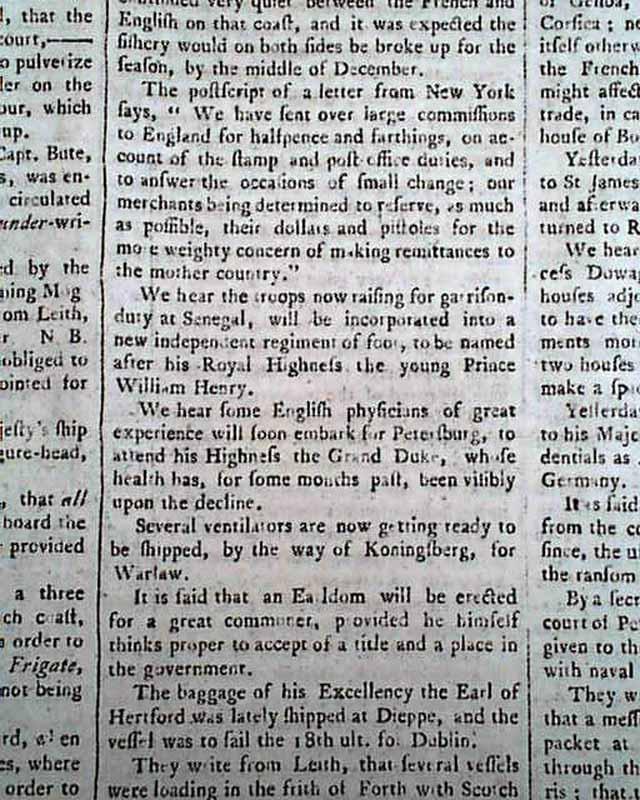 Thoughts of resisting the Stamp Act...


THE EDINBURGH ADVERTISER, Scotland, Oct. 8, 1765  Near the back is mention of a desire to fight back against the Stamp Act, noting: "The postscript of a letter from New York says, 'We have sent over large commissions to England for halfpence and farthings on account of the stamp and post office duties, and to answer the occasions of small change, our merchants being determined to reserve, as much as possible, their dollars and pistoles for the more weighty concern of making remonstrances to the mother country.' " (see)
Eight pages, 8 1/2 by 11 inches, never-trimmed margins, full red tax stamp on the back page, nice condition.