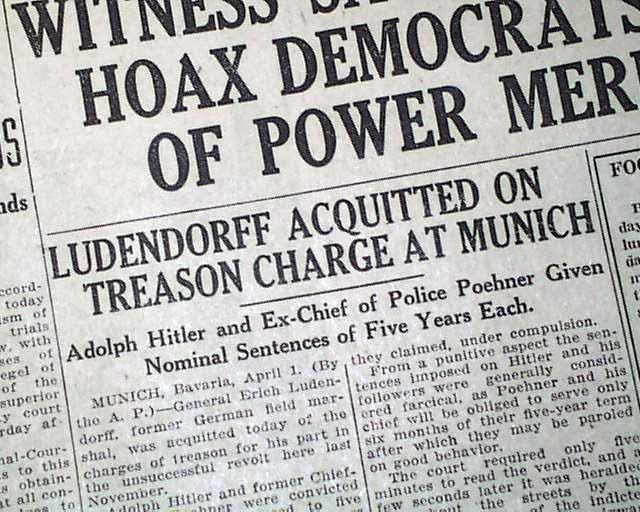 This 14 page newspaper has two column headlines on the front page that read: "LUDENDORFF ACQUITTED ON TREASON CHARGE IN MUNICH", "Adolph Hitler and Ex-Chief of Police Poehner Given Nominal Sentences of Five Years Each". This is 1st report coverage on the conviction and sentencing of Adolph Hitler for five years in prison for treason in the Beer Hall Putsch (coup d'etat).

Other news, sports and advertisements of the day. Tiny binding holes along the spine, minor central fold staining, otherwise nice.