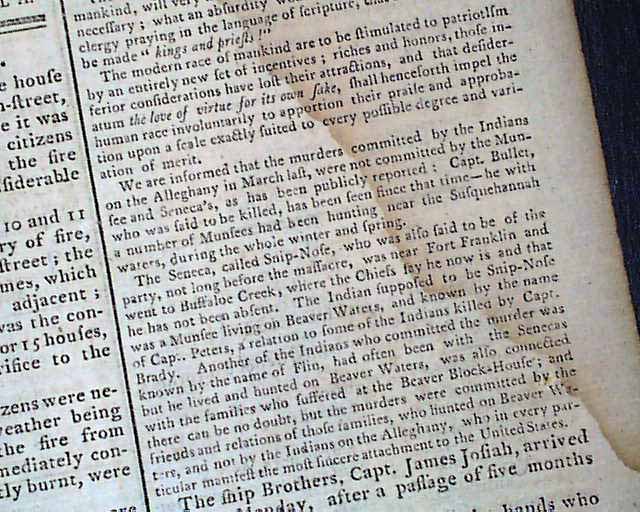 A page 3 report notes: "Died suddenly, on Monday morning, the Hon. Francis Hopkinson, District Judge of the United States, for the United States for the State of Pennsylvania. Science and patriotism sustain a shock in the death of this valuable citizen." He was a signer of the Declaration of Independence. Also a report concerning the Muncy & Seneca Indians near the Susquehanna River (see).
The back page  has an ad for: "Manuel Noah, Broker...". Noah was Jewish and the father of the very prominent Mordecai Manuel Noah, referred to as the most influential Jew in the United States in the early 19th century.
Four pages, some water staining near the top, otherwise nice condition.