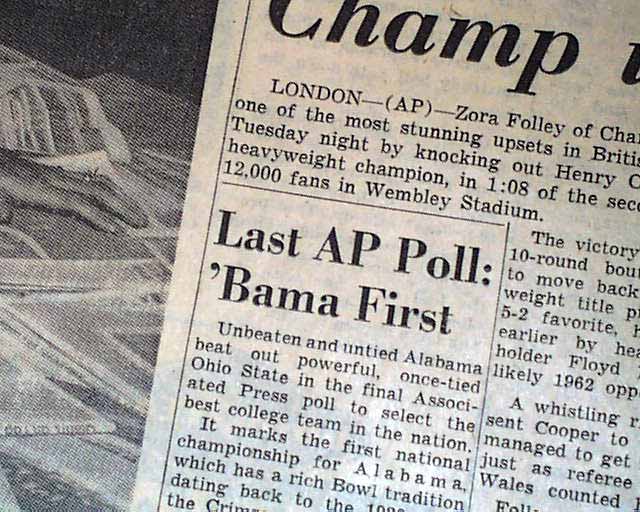 This 44 page newspaper has a small one column heading in the sport's section (page 35) that reads: "Last AP Poll: 'Bama First". See photo for brief text her with top ten list. 1st report coverage on Alabama Crimson Tide college football team being named the 1961 national champs by the AP Poll. This was Coach Paul "Bear" Bryant's 1st of 4 national titles. Unfortunate for such a small report here but it is what it is, still a 1st report. 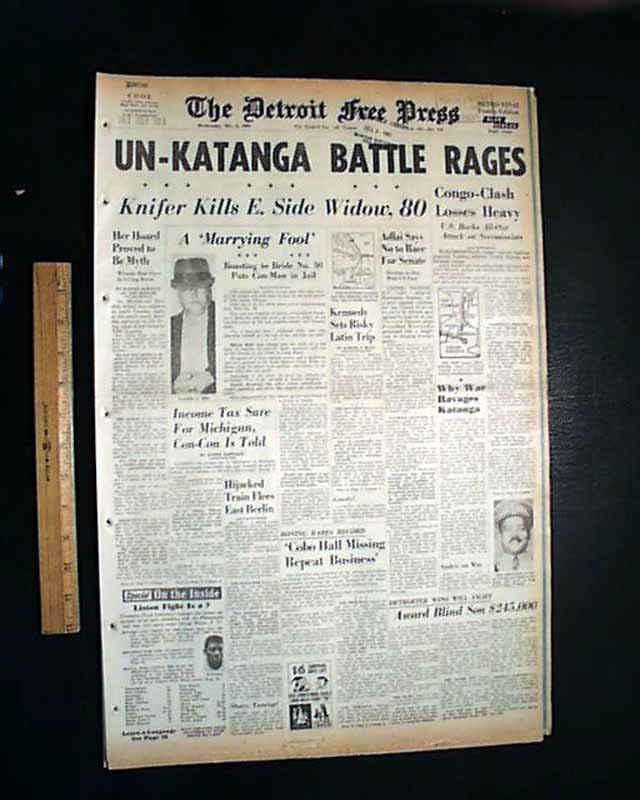 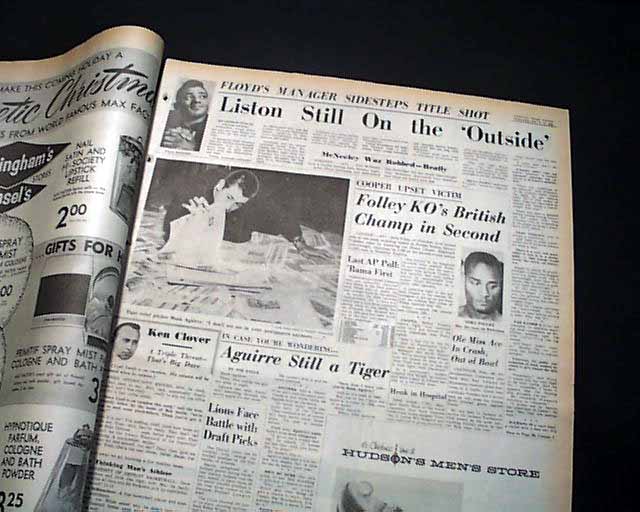 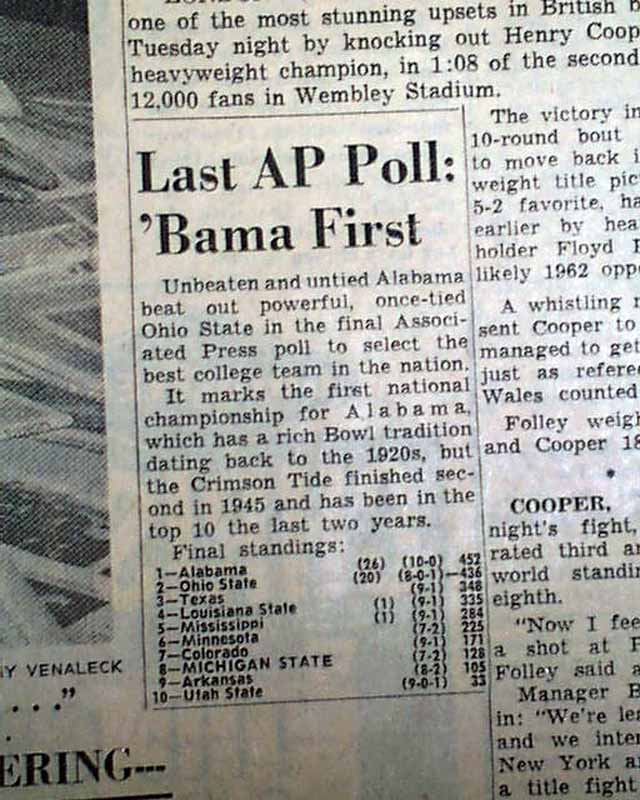