Home > Back to Search Results > Laying the cornerstone of the District of Columbia...
Click image to enlarge 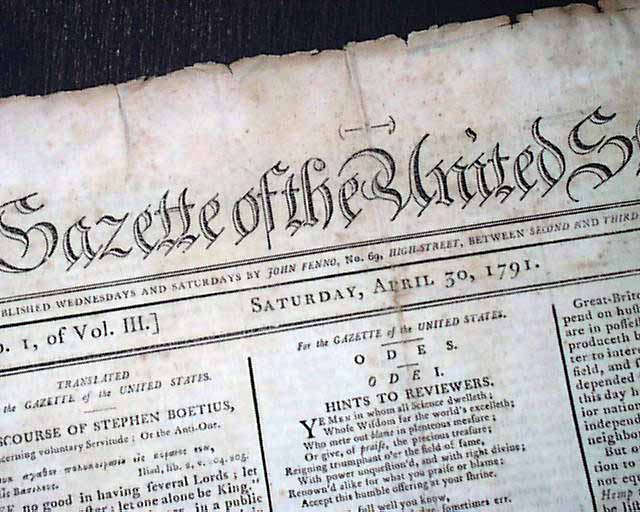 Laying the cornerstone of the District of Columbia...

Page 2 has "The Address of the Mayor, Recorder, Alderman, & Common Council, of the Town of Petersburg (Va.)" to the President, & his reply, signed in type on pg. 3: G. Washington. Page 2 also includes a report headed "Alexandria" concerning the "...fixing of the first Corner-Stone of the Federal District", essentially the formal beginning of the creation of the District of Columbia (see). This report takes most of a column.
Page 3 includes a note that: "...it appears that his Excellency Governor Hancock and his Honor Lt. Governor Adams are re-elected to fill those stations the ensuing year."
The back page has an ad for "Manual Noah, Broker". Noah was Jewish and the father of the very prominent Mordecai Manuel Noah, referred to as the most influential Jew in the United States in the early 19th century.
Four pages, generally nice condition. 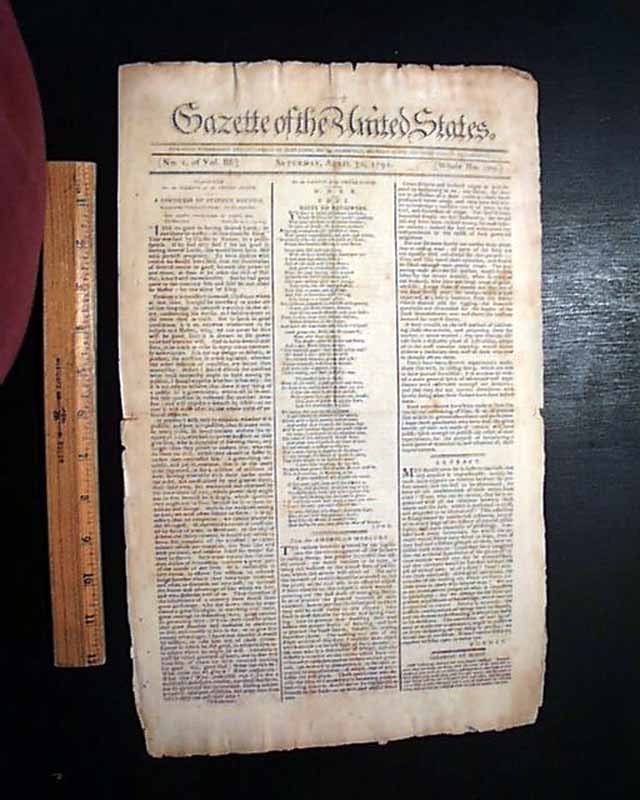 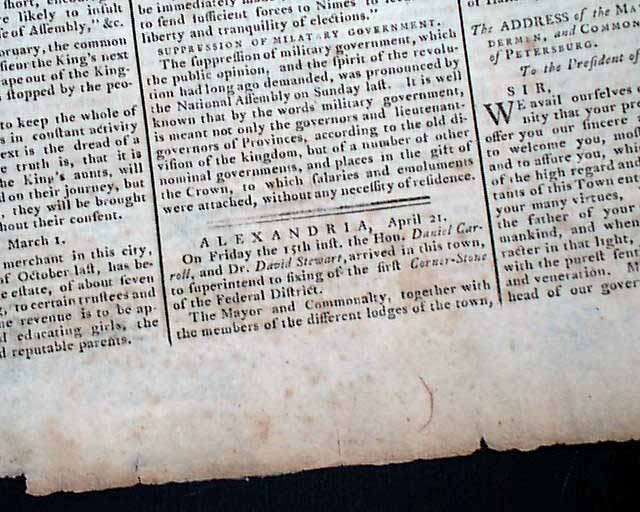 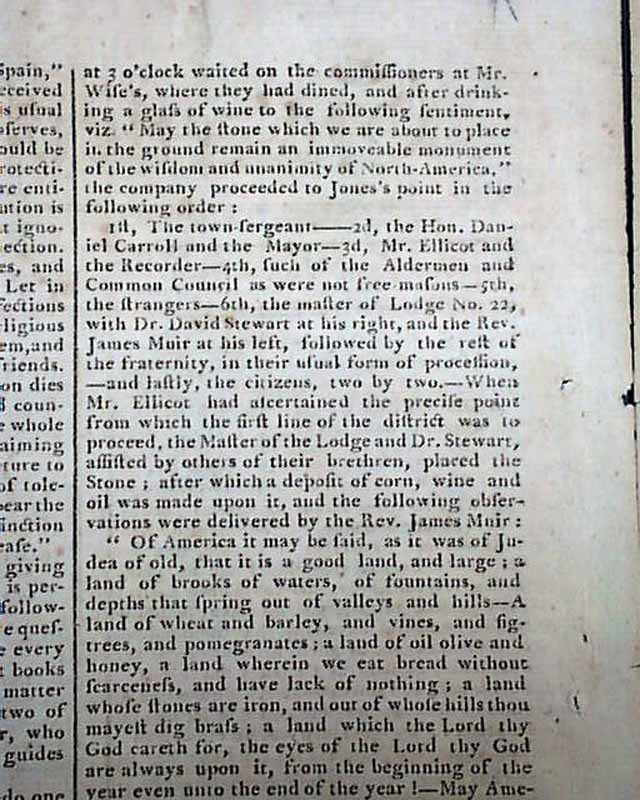 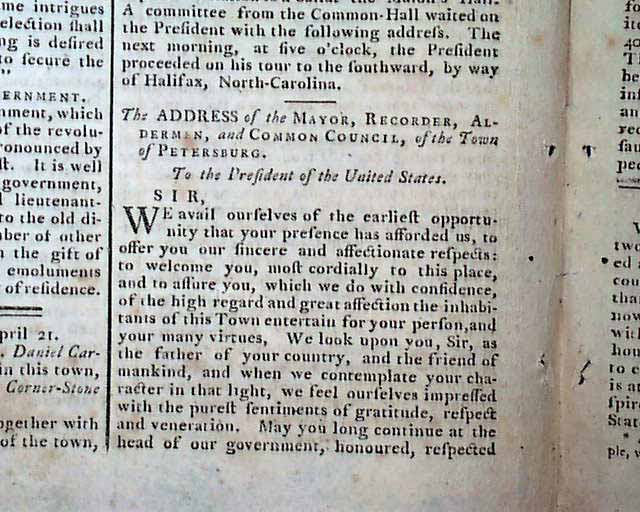 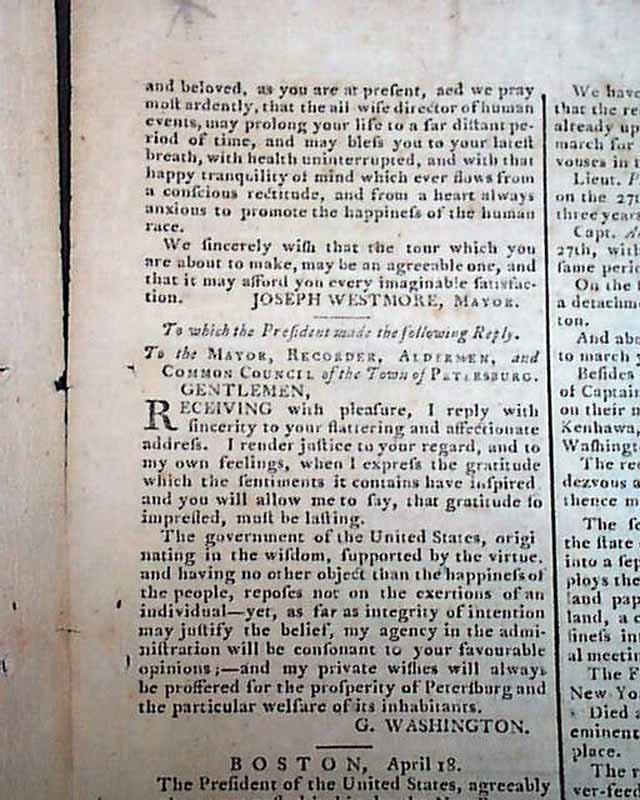 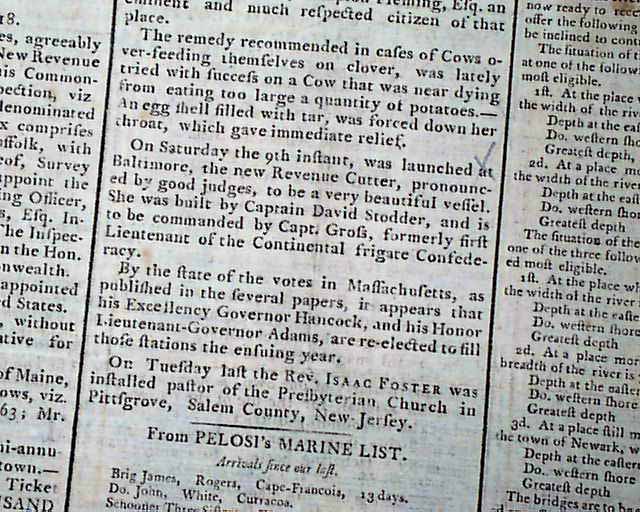