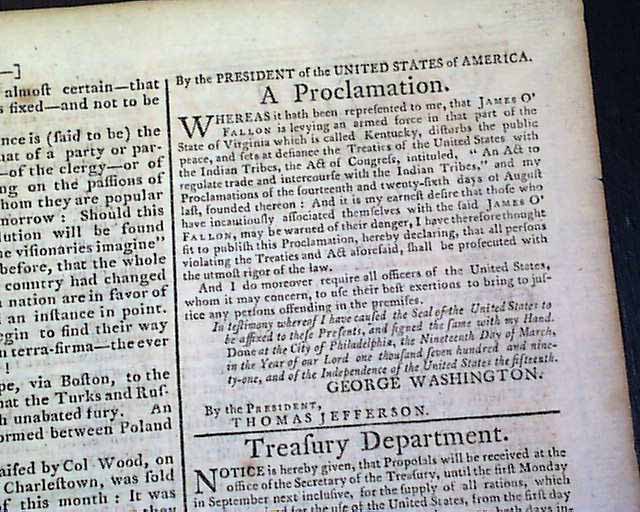 
GAZETTE OF THE UNITED STATES, Philadelphia, March 23, 1791  The entire front page is taken up with a continuation of the: "New Revenue Law". Page 3 mentions the President setting off for a tour of the South intending to visit the Carolinas & Georgia (see). Pg. 3 also has: "A Proclamation" concerning trade with the Indians, signed in type by the President, George Washington as well as Thomas Jefferson.
The back page has reporting from "Congress--House of Representatives" on the Bank Bill under consideration. Also an ad for: "Manuel Noah, Broker...Buys & sells Continental & State Certificates...". Noah was Jewish and the father of the very prominent Mordecai Manuel Noah, referred to as the most influential Jew in the United States in the early 19th century.
Complete in four pages, this issue is in nice condition.