Home > Back to Search Results > George Washington signs an 1791 Act of Congress...
Click image to enlarge 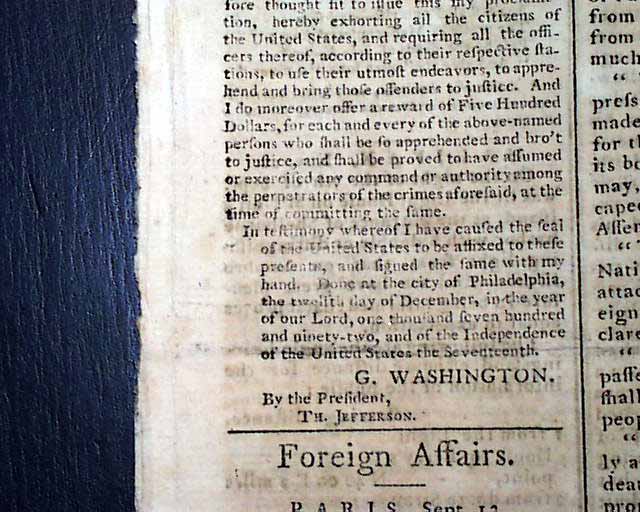 On the back page under an engraving of an eagle and shield is: "An Act Providing Compensations for the Officers of the Judicial Courts of the United States, and for Jurors and Witnesses, and for Other Purposes", signed in type: John Adams, George Washington & Thomas Jefferson. The bkpg. also has an ad for: "Manuel Noah, Broker...". Noah was Jewish and the father of the very prominent Mordecai Manuel Noah, referred to as the most influential Jew in the United States in the early 19th century.
Complete in 4 pages, good condition. 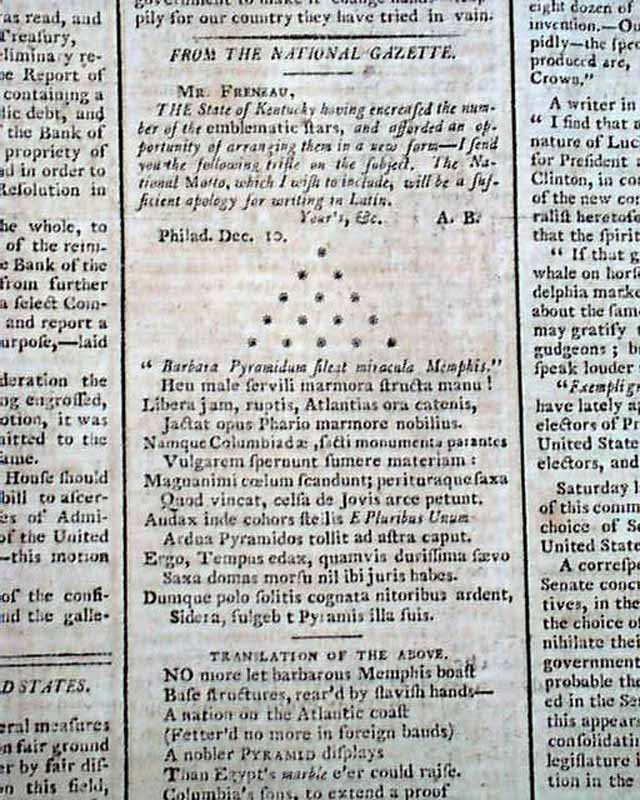 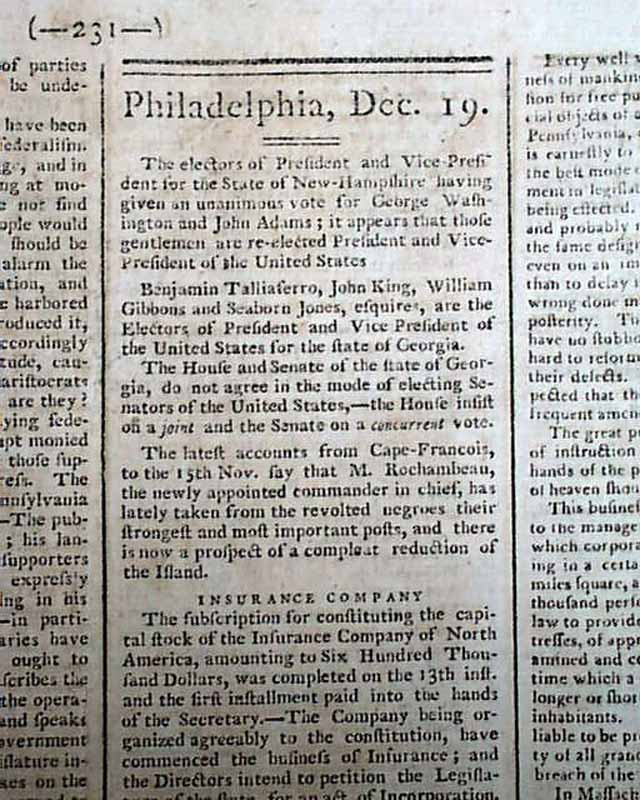 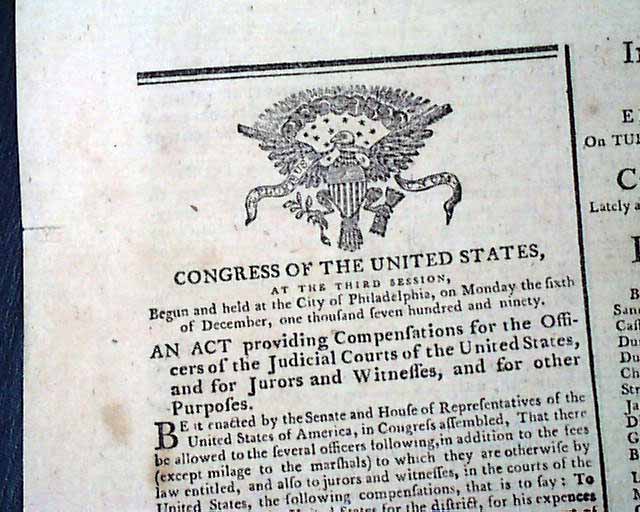 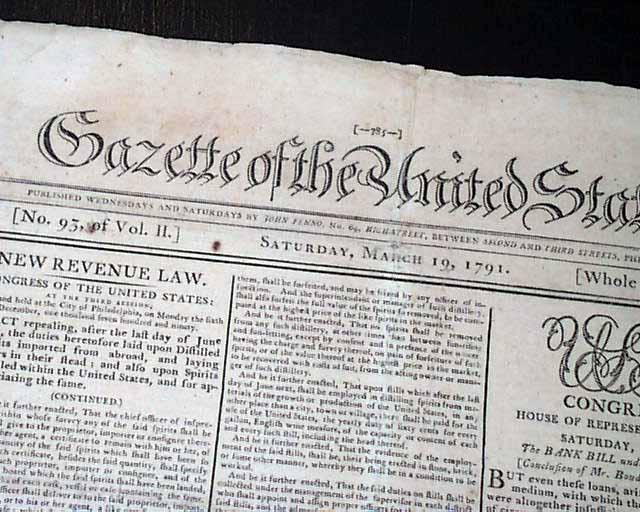 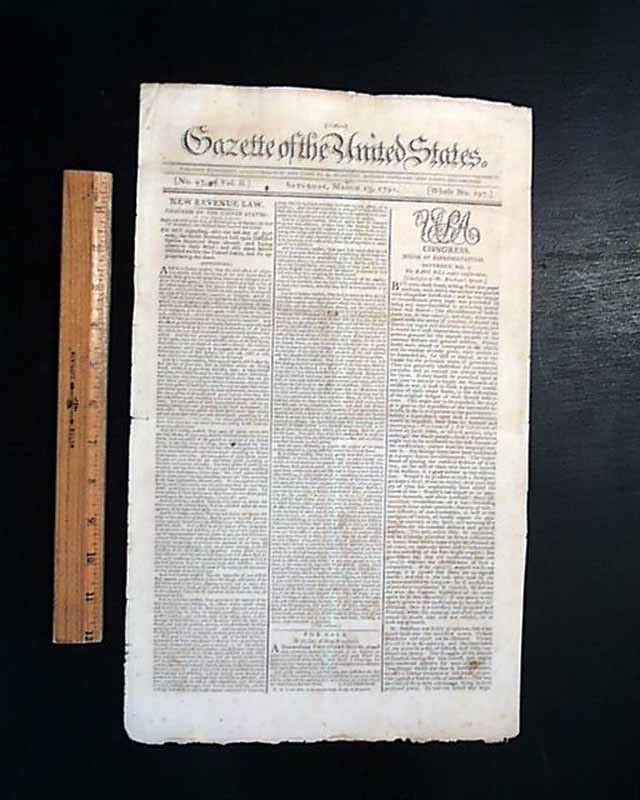 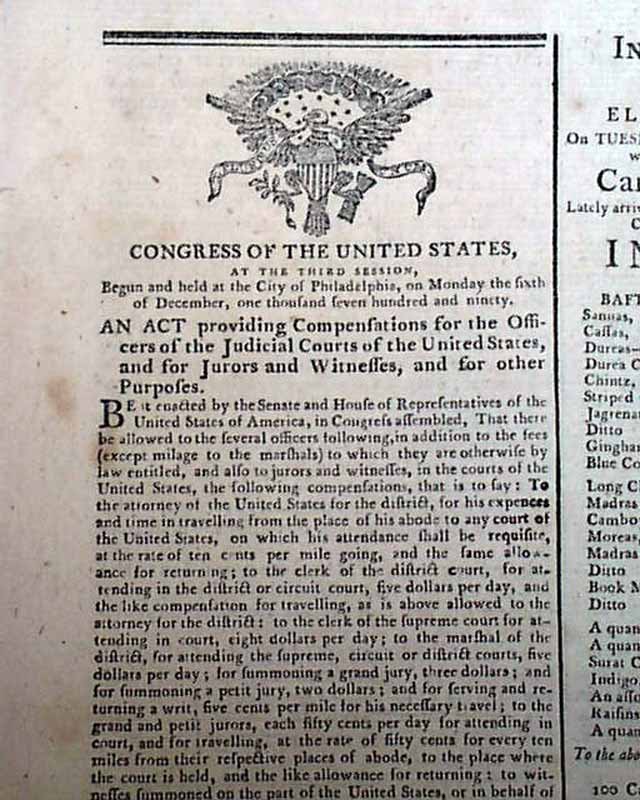 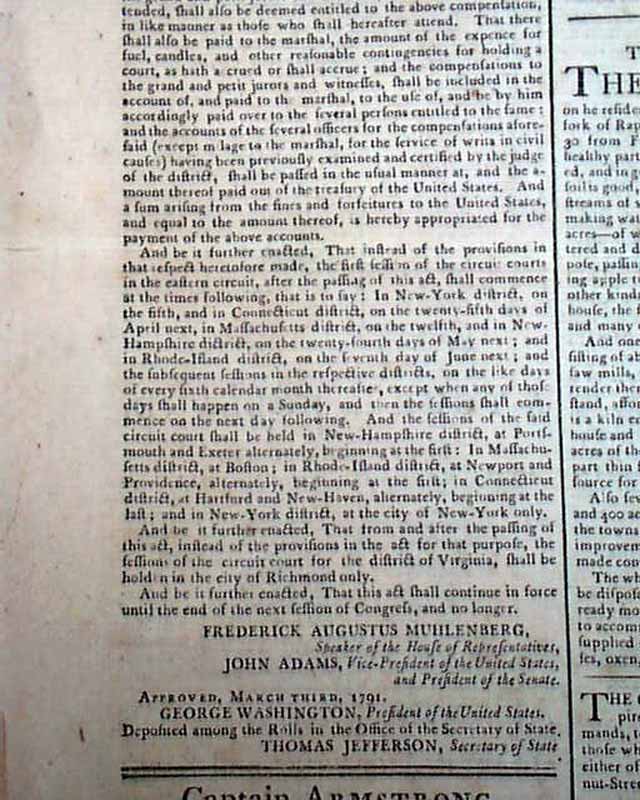 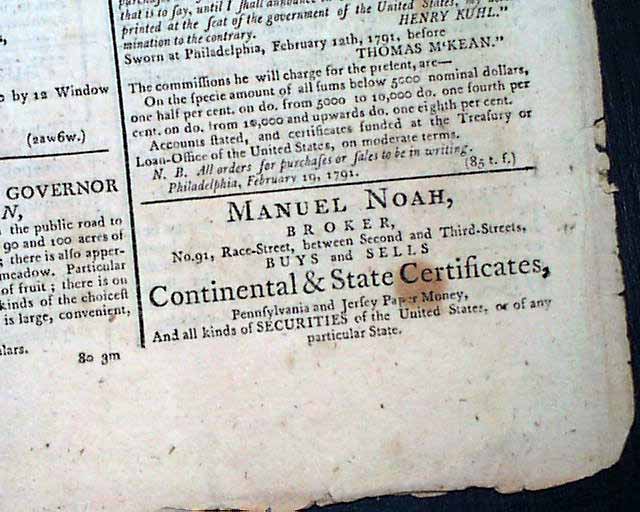