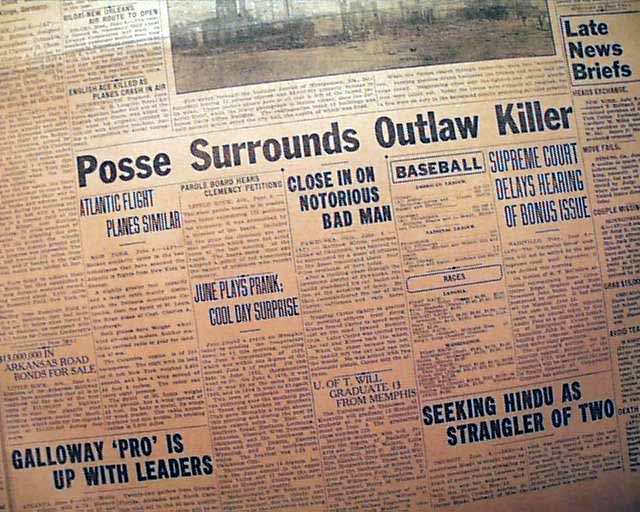 This 20 page newspaper has a six column headline on the front page: "BELLANCA HOP ENDS NEAR GOAL" with subheads (see photos).

Other news of the day. Light browning with little margin wear and chipping, irregular at the spine, otherwise good condition. 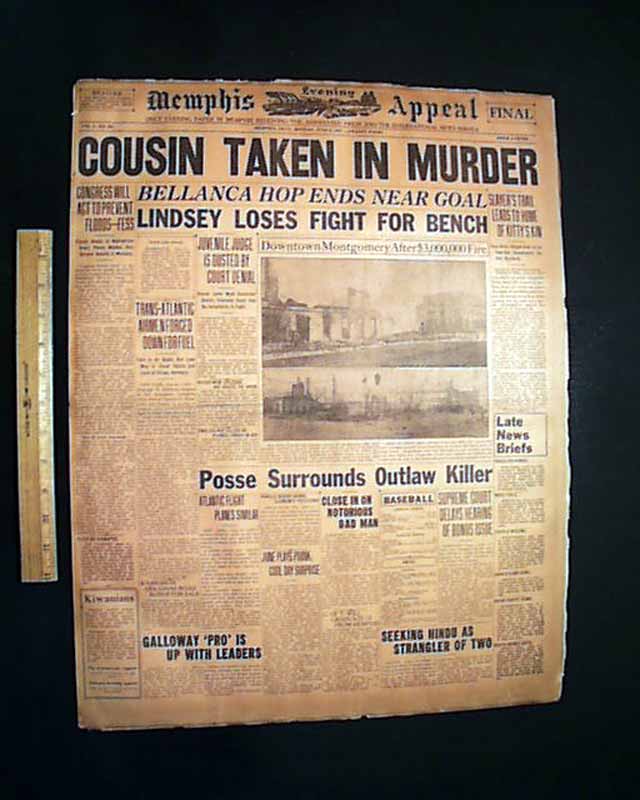 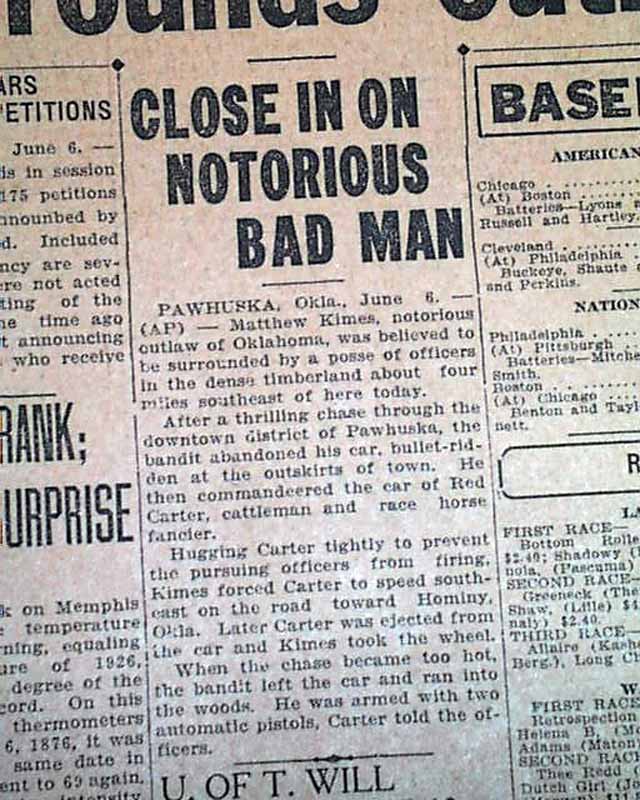 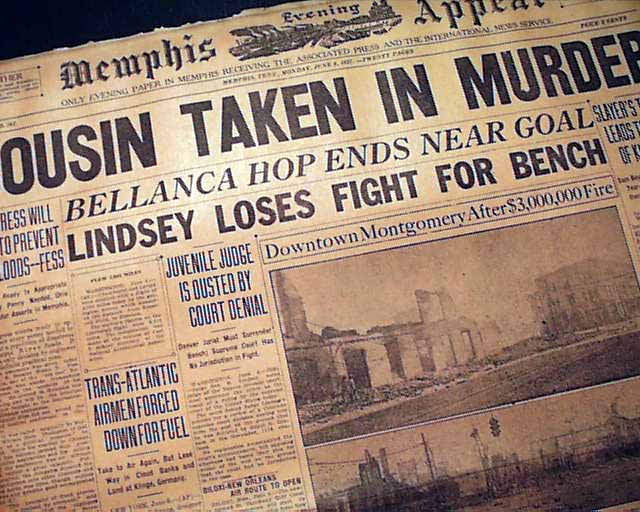 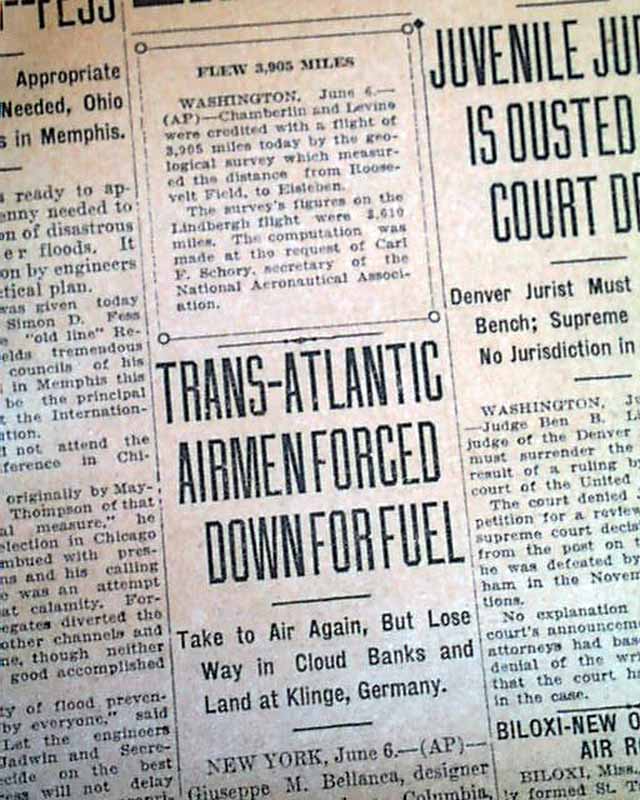