Home > Back to Search Results > Hastings mine explosion....
Click image to enlarge 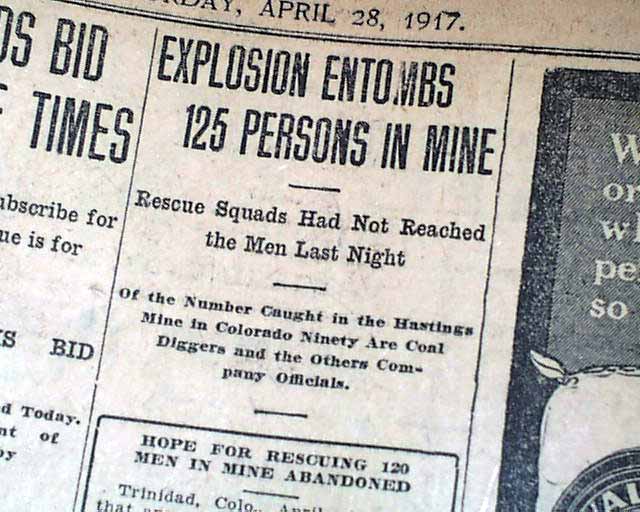 This 8 page newspaper has one column headings on page 2 that include: "EXPLOSION ENTOMBS 125 PERSONS IN MINE" and more (see photos). 1st report coverage on the Victor American Hastings Mine Disaster.

Other news of the day. Light browning, some margin wear and tear, otherwise good. Should be handled with care.

The mining community of Victor, Colorado, is some distance away, in Teller County, Colorado. Victor American Fuel Company mined coal; Victor, Colorado, is part of the Cripple Creek District, and is known for gold mining. It is not known if there is a relationship between the company and the community.