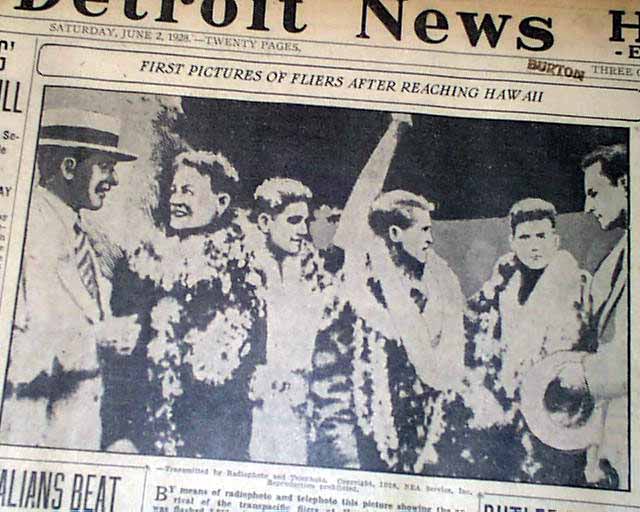 This 20 page newspaper has a four column headline on the front page: "First Pictures Of Fliers After Reaching Hawaii" with text (see photos). Also one column headlines that include: "Pacific Fliers Plan Next Leg" and more.