Home > Back to Search Results > 1865 Flags in the masthead...
Click image to enlarge 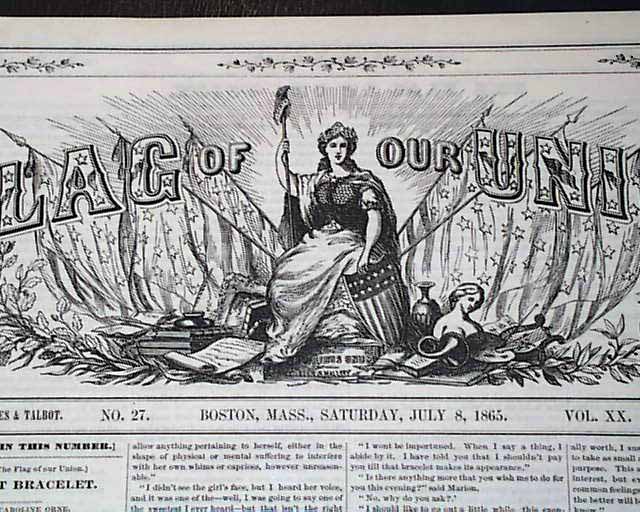 This was a popular weekly which in the early 1850's claimed to have the largest circulation of any newspaper in the United States. It was begun by the famed publishers Gleason & Ballou, who lent there names to titles which were much like the later Harper's Weekly. Mostly literary content with a very ornate masthead.
Sixteen pages, very nice condition.