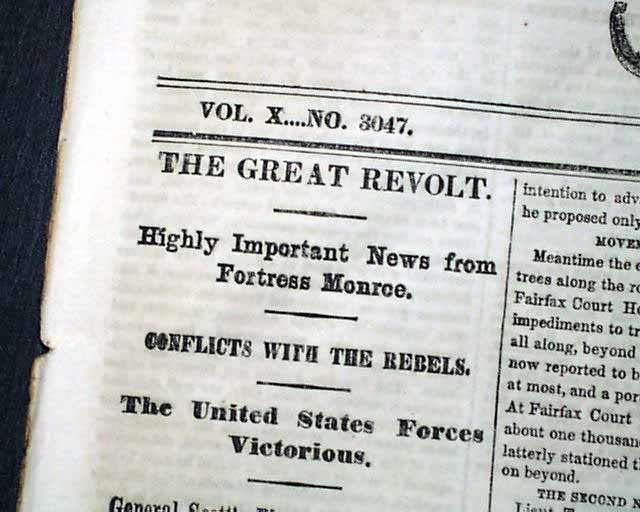 
THE NEW YORK TIMES, June 27, 1861  Among the front page one column heads on the Civil War are: "THE GREAT REVOLT" "Conflicts With the Rebels" "The United States Forces Victorious" "General Scott's Plans for the Campaign" "Movements of the Rebels at Various Points" "Appropriations of the Confederates for Carrying on the Rebellion" "The Camp at Cairo" "From Tennessee" "Affairs at Camp Hamilton" and more.
Eight pages, nice condition. 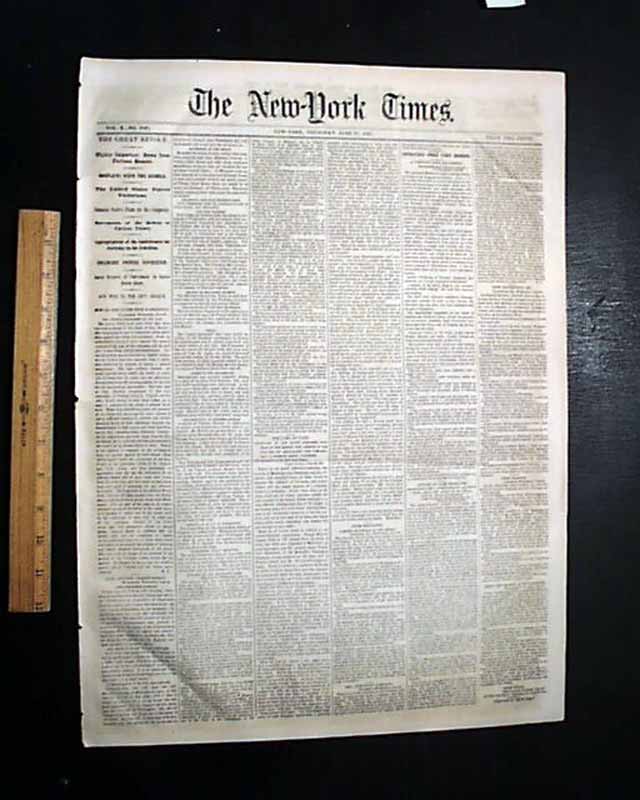 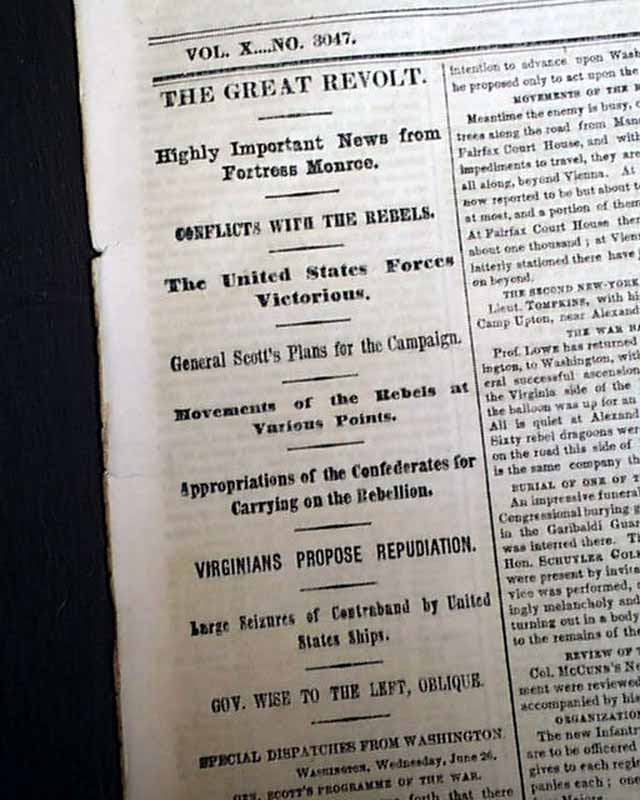 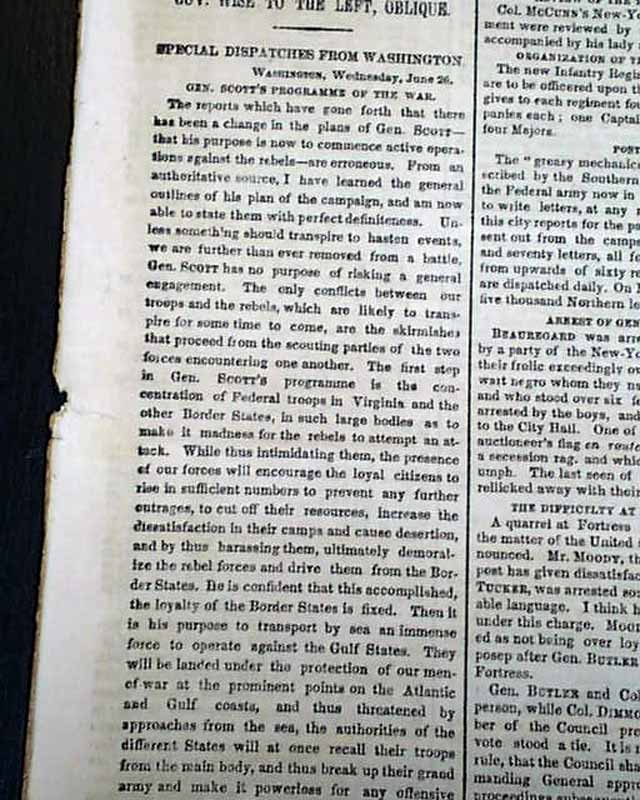 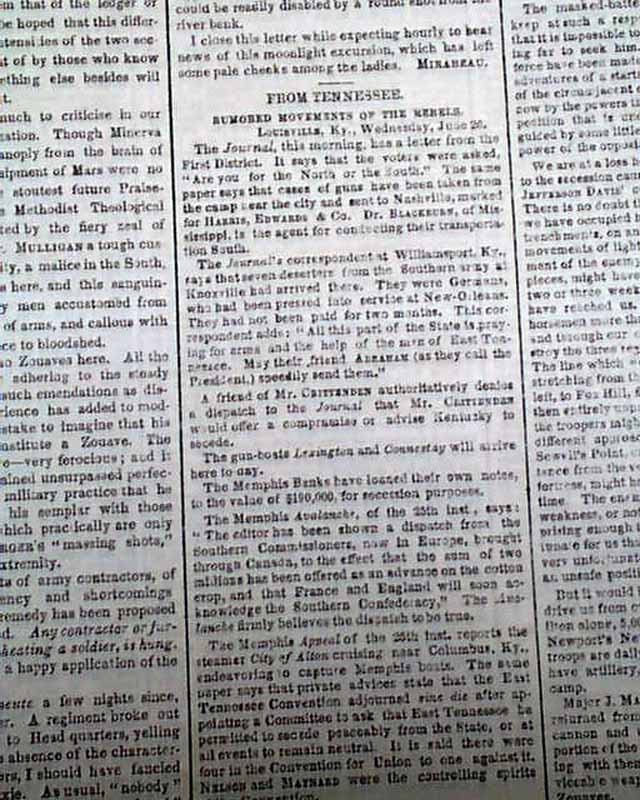 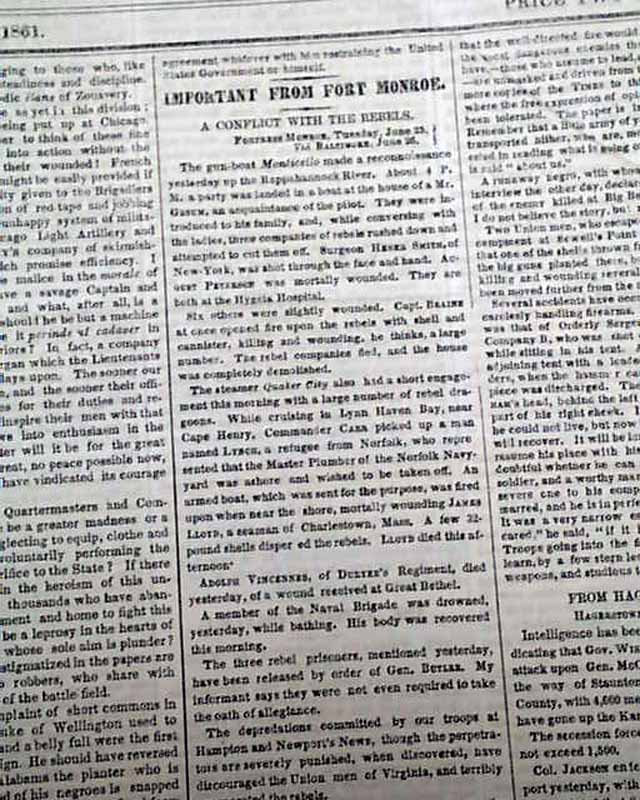 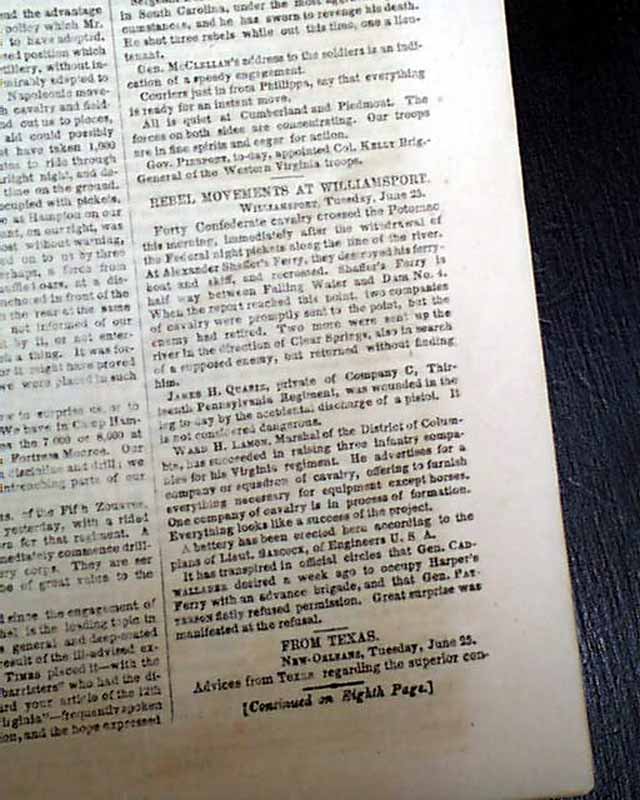 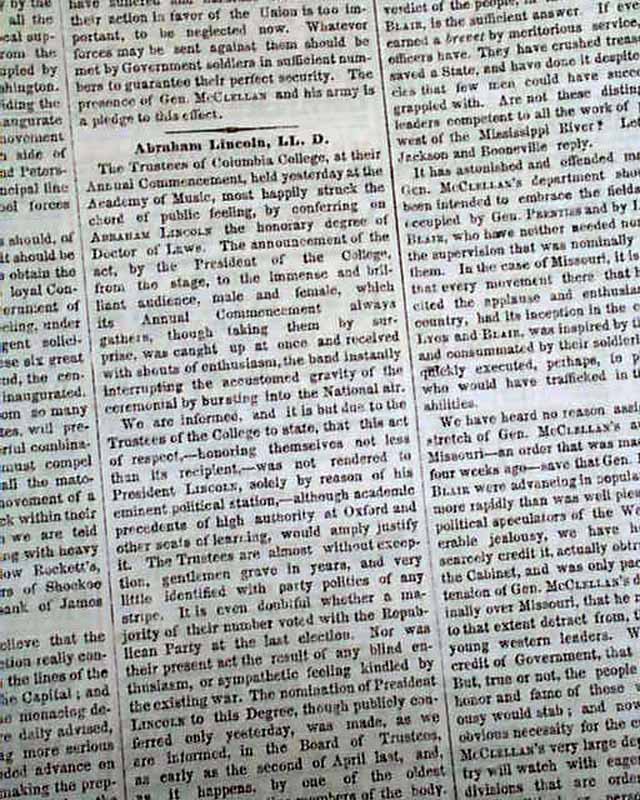 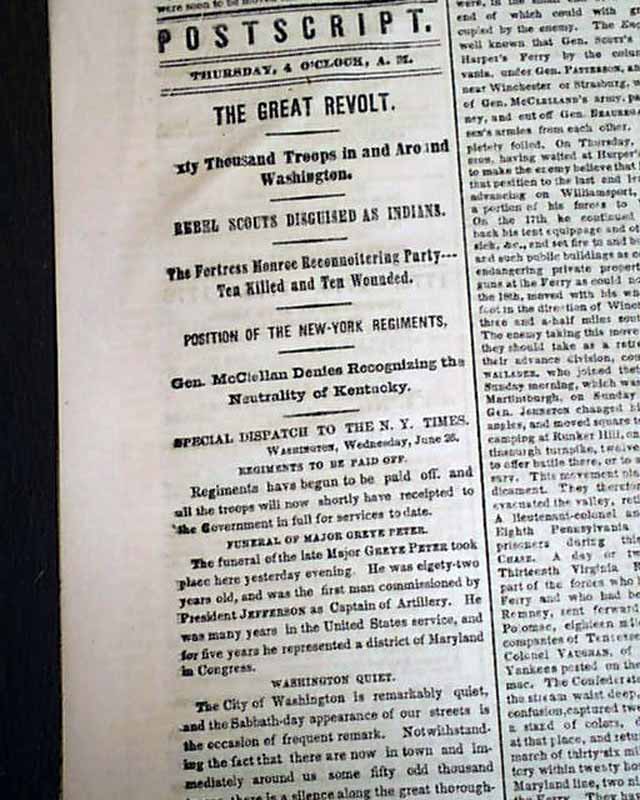