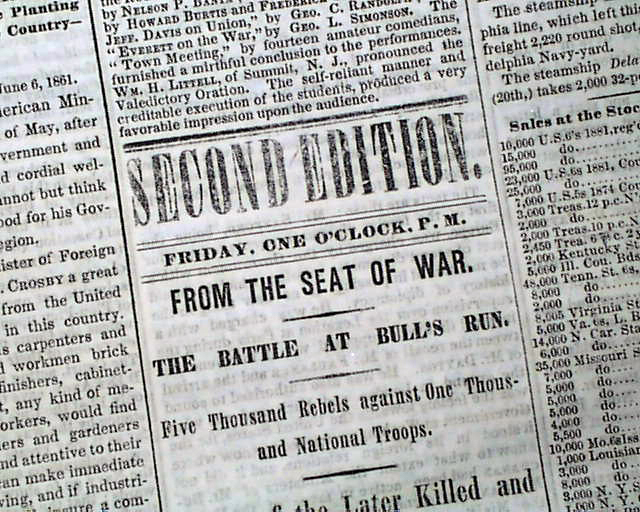 An uncommon edition as this is the "Second Edition" as labeled such in the 5th column where are found various reports on the events immediately preceding Bull Run: "From The Seat Of War", "The Battle At Bull's Run", "5000 Rebels Against One Thousand National Troops", "Thirty of the Later Killed & Forty Wounded", "The National Forces Retire for Reinforcements" and a bit more.
Complete in 8 pages and in nice condition.