Home > Back to Search Results > The Mormon Constitution... Lincoln on Emancipation...
Click image to enlarge 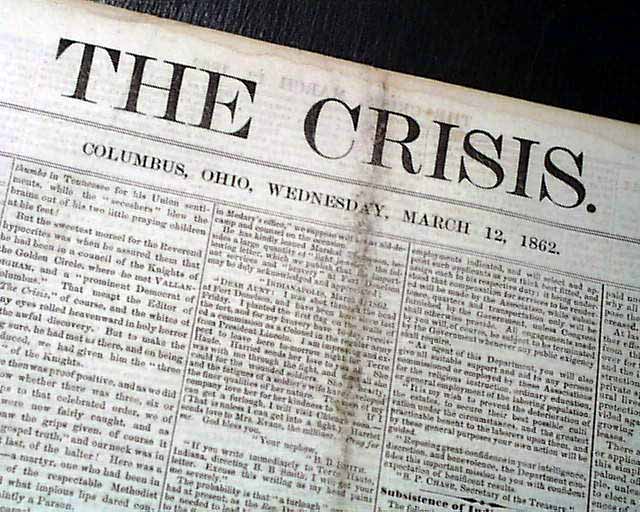 The Mormon Constitution... Lincoln on Emancipation...

Described as "The Hottest Rebel Sheet to be found in the North or the South", this newspaper opposed the war and attracted the hatred of the Republicans and the Lincoln administration. It insisted that slavery could not be prohibited by law. So obnoxious was this paper to Unionists that it was denied circulation in some cities. In 1863 the press was raided by a hateful mob. Among the articles within are: "Are the Abolition, Free Negroites to Force this War into one of Emancipation?" "Secretary Chase Working Slaves on Southern Plantations" "Fight or Perish" & so much more.
But two items are perhaps the most significant: "President's Message Respecting Emancipation", signed in type: Abraham Lincoln, plus a lengthy printing of the: "Constitution of the State of Deseret", or the Mormon community in Utah, which takes over half a page (see for beginning).
Eight pages, very minor wear, nice condition.