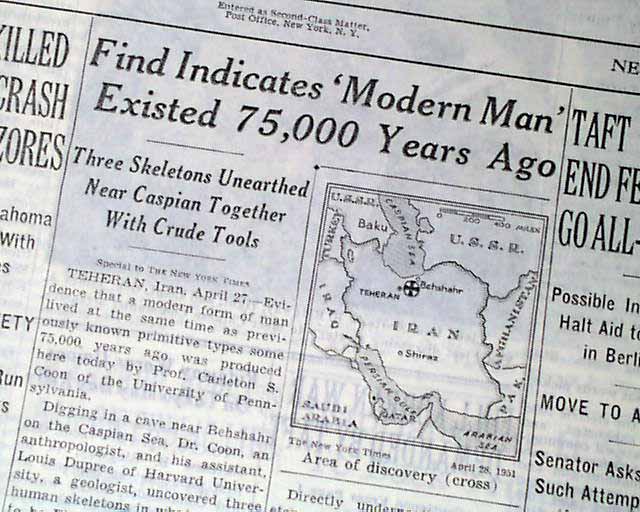 This 32 page newspaper has a two column headline on the front page: "Find Indicates 'Modern Man' Existed 75,000 Years Ago" with subhead: "Three Skeletons Unearthed Near Caspian Together With Crude Tools" with small related map (see photos). 1st report coverage on the archaeological find in the Kamarband Cave near Behshahr, Iran.

wikipedia notes: Huto and Kamarband Caves or Belt Caves are prehistoric, archaeological sites in Iran. They are located 100 meters apart, in a cliff on the slopes of the Alborz mountains in the village of Tarujen (currently called Shahid Abad), 5 km. south west of Behshahr.