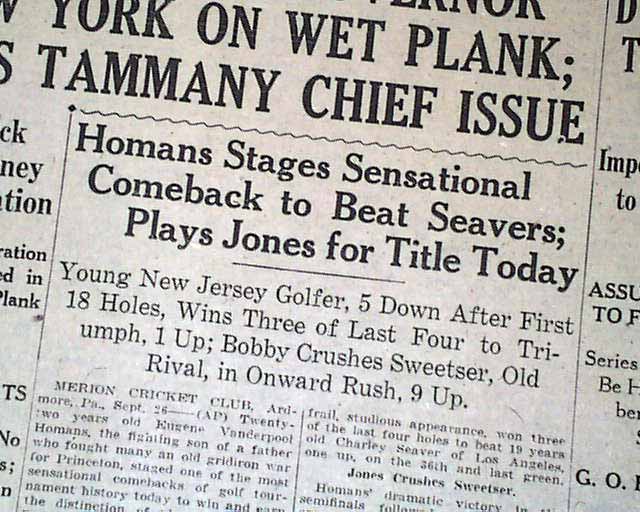 This 24 page newspaper has a two column headlines on the front page that include: "Homans Stages Sensational Comeback to Beat Seavers; Plays Jones for Title Today" and more. Jones would win the historic grand slam of golf on this day. Nice to have this on the front page.

Other news, sports and advertisements of the day throughout. Minor margin wear, otherwise good condition.