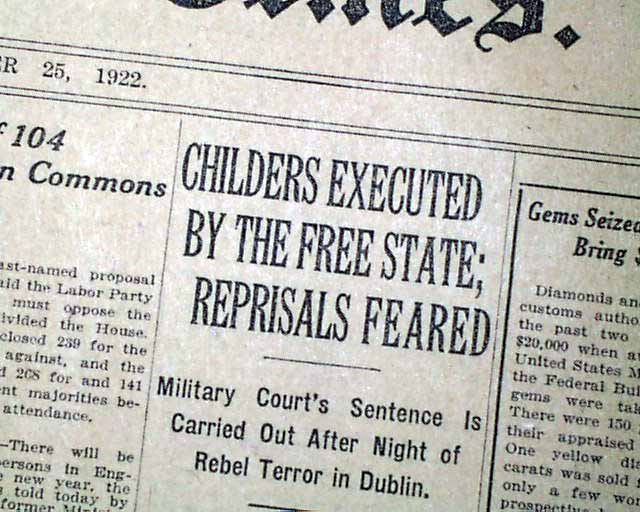 This 28 page newspaper has one column headlines on the front page that include: "CHILDERS EXECUTED BY THE FREE STATE; REPRISALS FEARED", "Military Court's Sentence Is Carried Out After Night of Rebel Terror in Dublin", "MET HIS DEATH BRAVELY" and more (see photos). Plenty of text here.

Other news and various advertisements of the day throughout. Usual browning with some margin wear and tears in from the spine, otherwise good. Should be handled with care.

wikipedia notes: Childers was secretary-general of the Irish delegation that negotiated the Anglo-Irish Treaty with the British government. He stayed at the delegation headquarters in Hans Place throughout the period of the negotiations, 11 October–6 December 1921. Childers became vehemently opposed to the final draft of the agreement, particularly the clauses that required Irish leaders to take an Oath of Allegiance to the British king. The Treaty was approved by a Dail vote of 64-57 in January 1922 but it bitterly divided Sinn Féin and the IRA, and Ireland descended into civil war in June 1922.

Said to be the inspiration behind the irregulars' propaganda, Childers was hunted by National Army soldiers and had to travel secretly. The ambush death of Michael Collins intensified the desire of Free State authorities to exact retribution, and in September 1922 the Irish Dáil introduced the Emergency Powers legislation, establishing martial law powers and new capital offences for the carrying of firearms without licence.[10] The author Frank O'Connor was involved with Childers during the later part of the Civil war and give a colourful picture of Childers activities. Seemingly he was ostracised from the predominantly Catholic anti-treaty forces and referred to as "That bloody Englishman" due to his foreign birth.[11] As the hunt for Childers became more urgent after the death of Collins the high command of the anti-treaty forces distanced Childers on the grounds that he was too infamous to be of any practical use, despite his considerable military experience and at one stage he was put to work addressing letters in the staff office in Macroom, Co.Cork.

In November Childers was arrested by Free State forces at his home, Glendalough, in County Wicklow, while travelling to meet De Valera. He was tried by a military court on the charge of possessing a small-calibre automatic pistol on his person in violation of the Emergency Powers Resolution.[12] Ironically, the pistol was alleged to be a gift from Michael Collins before the latter swore allegiance to the Free State.[13] Childers was convicted by the military court and sentenced to death. While his appeal of the sentence was still pending, Childers was executed by firing squad at the Beggar's Bush Barracks in Dublin. He is buried in Glasnevin Cemetery.

Before his execution, in a spirit of reconciliation, Childers obtained a promise from his then 16-year-old son, the future President Erskine Hamilton Childers, to seek out and shake the hand of every man who had signed his father's death warrant.[14] Childers himself shook hands with each member of the firing squad that was about to execute him. His last words, spoken to them, were (characteristically) in the nature of a joke: "Take a step or two forward, lads. It will be easier that way."[15]

Winston Churchill, who had actively pressured Michael Collins and the Free State government to crush the rebellion by armed force, expressed the British view of Childers at the time: "No man has done more harm or done more genuine malice or endeavoured to bring a greater curse upon the common people of Ireland than this strange being, actuated by a deadly and malignant hatred for the land of his birth."[16] In Ireland, however, many saw Childers's execution as politically-motivated revenge, an expedient method of halting the continuing flow of anti-British political texts for which Childers was widely credited.
It was the express wish of Mary Childers, upon her death in 1964, that any writings based upon the extensive and meticulous collection of papers and documents from her husband's in depth involvement with the Irish struggles of the 1920s, be locked away from anyone's eyes until 50 years after his death.[17] Thus, in 1972 Erskine Hamilton Childers started the process of finding an official biographer.[17] In 1974, Andrew Boyle (previous biographer of Brendan Bracken, Lord Reith amongst others) was given the task of exploring the vast Childers archive, and his "official" biography of Robert Erskine Childers was finally published in 1977. 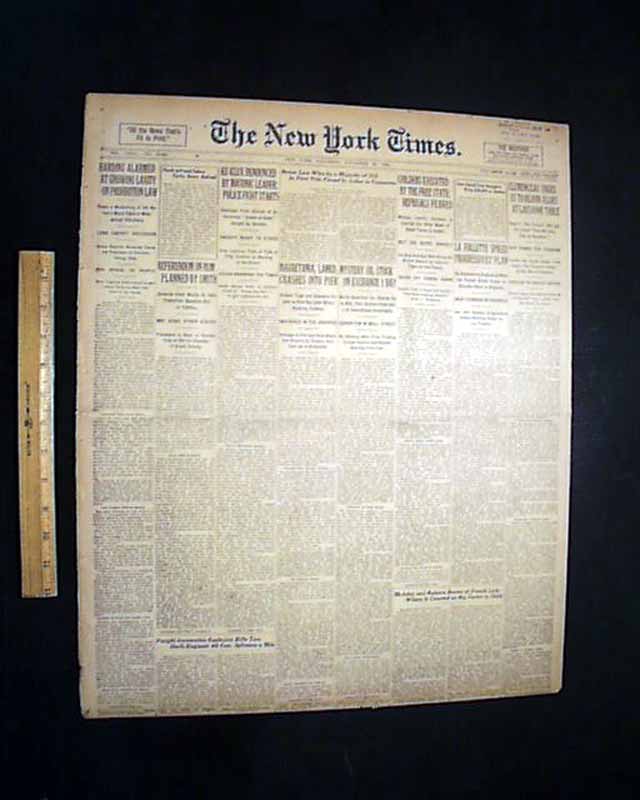 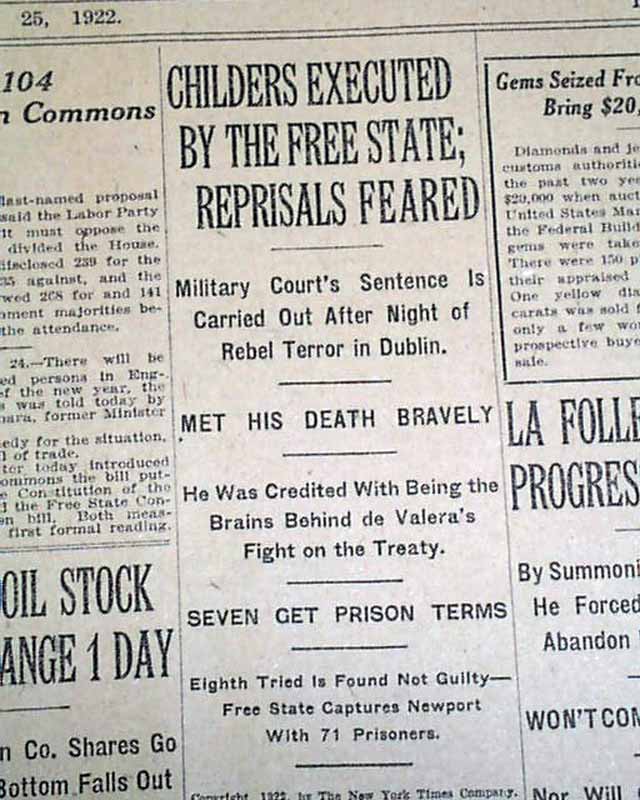 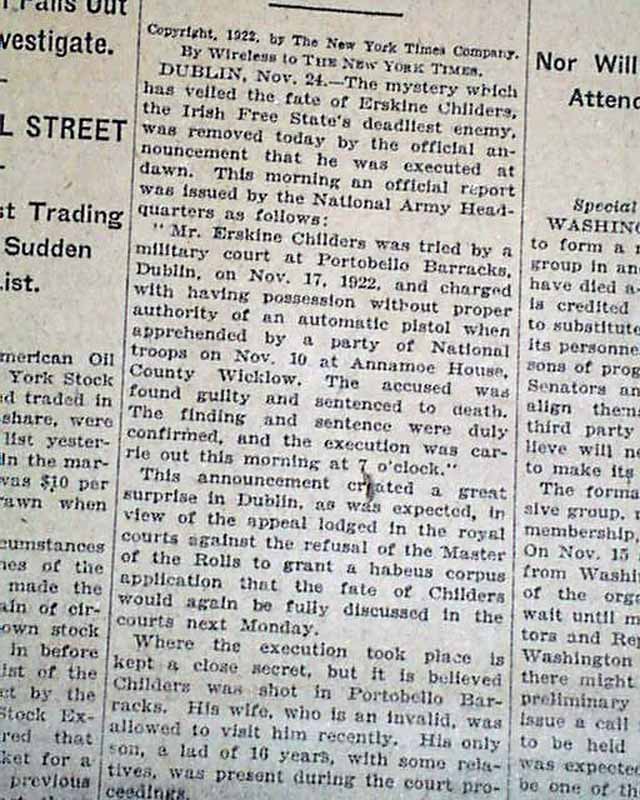 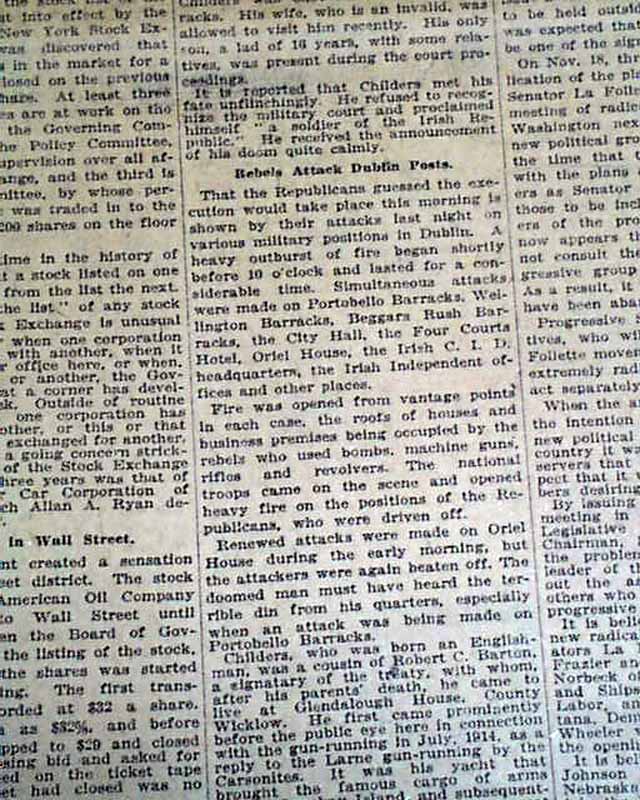 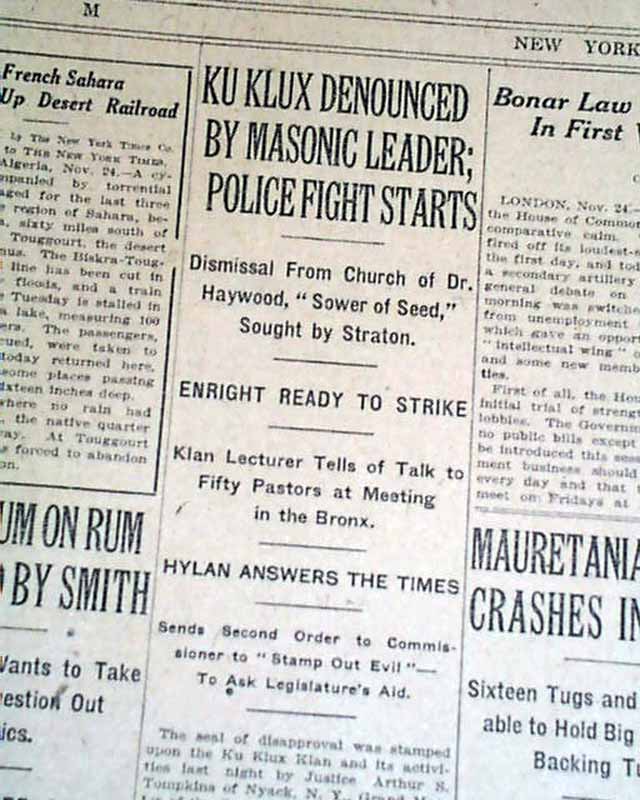 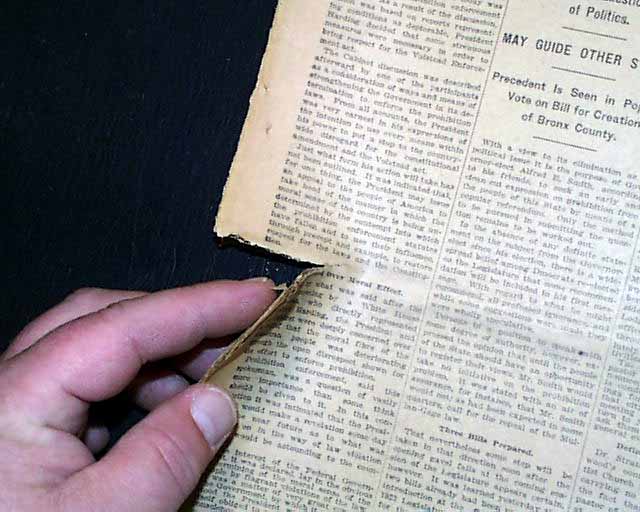 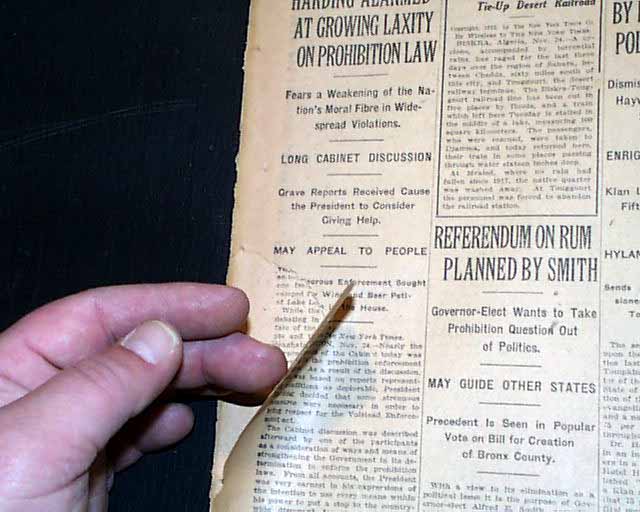