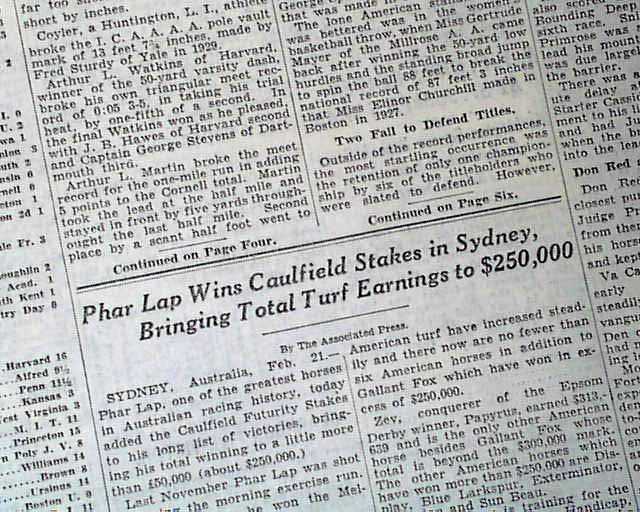 This is a rather historic issue for any horse racing collectors, as this is the very first mention of the famous Australian racehorse "Phar Lap" in the prestigious New York Times newspaper.