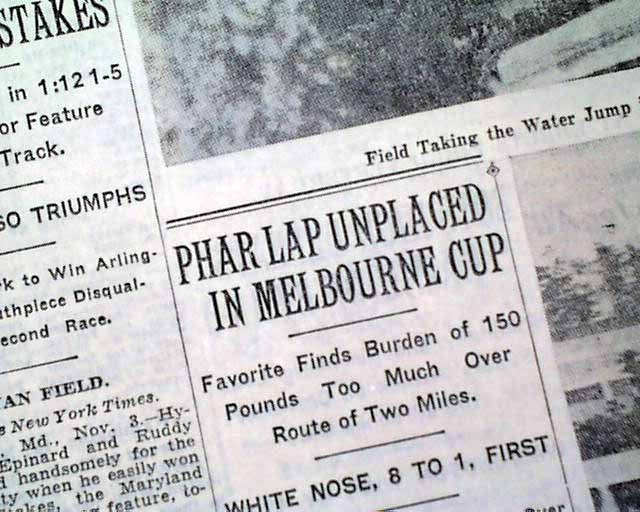 This 44 page newspaper has one column headlines on page 34 that include: "PHAR LAP UNPLACED IN MELBOURNE CUP", "Favorite Finds Burden of 150 Pounds Too Much Over Route of Two Miles" and more. 1st report coverage on Phar Lap's upset loss at the Melbourne Cup which many thought was because he was too heavy to race the full 2 miles.