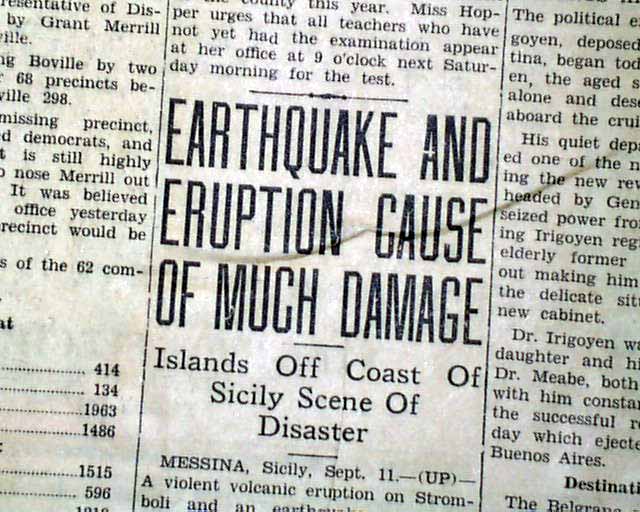 This 8 page newspaper has one column headlines on the front page: "EARTHQUAKE AND ERUPTION CAUSE OF MUCH DAMAGE" and "Islands Off Coast Of Sicily Scene Of Disaster".

Other news, sports and advertisements of the day. A little margin wear and tear, minor fold wear, otherwise good condition.

wikipedia notes: Stromboli is a small island in the Tyrrhenian Sea, off the north coast of Sicily, containing one of the three active volcanoes in Italy. It is one of the eight Aeolian Islands, a volcanic arc north of Sicily. This name is a corruption of the Ancient Greek name StrongulÄ which was given to it because of its round swelling form. The island has a population of between 400 and 750. The volcano has erupted many times, and is constantly active with minor eruptions, often visible from many points on the island and from the surrounding sea.

The mildly explosive eruptions are also occasionally punctuated by much larger eruptions. The largest eruption of the last hundred years occurred in 1930, and resulted in the deaths of several people and the destruction of a number of houses by flying volcanic bombs. 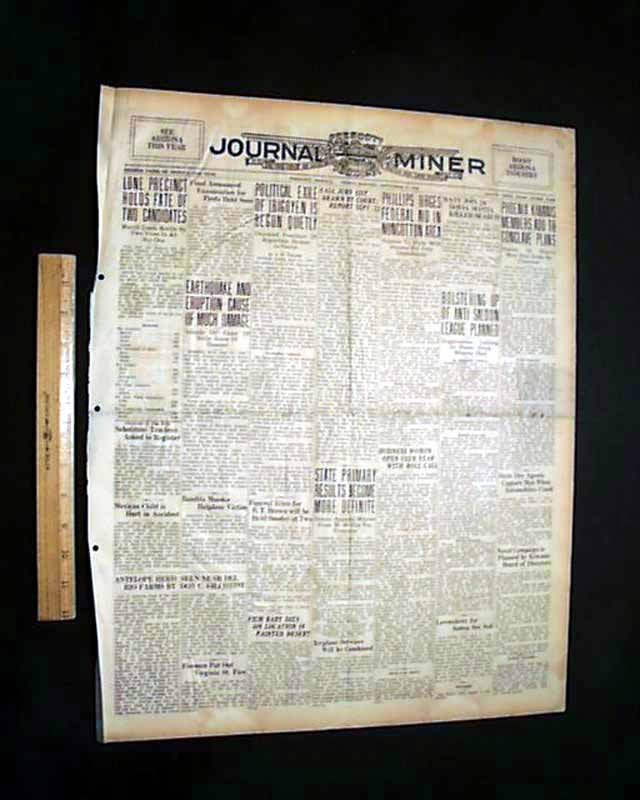 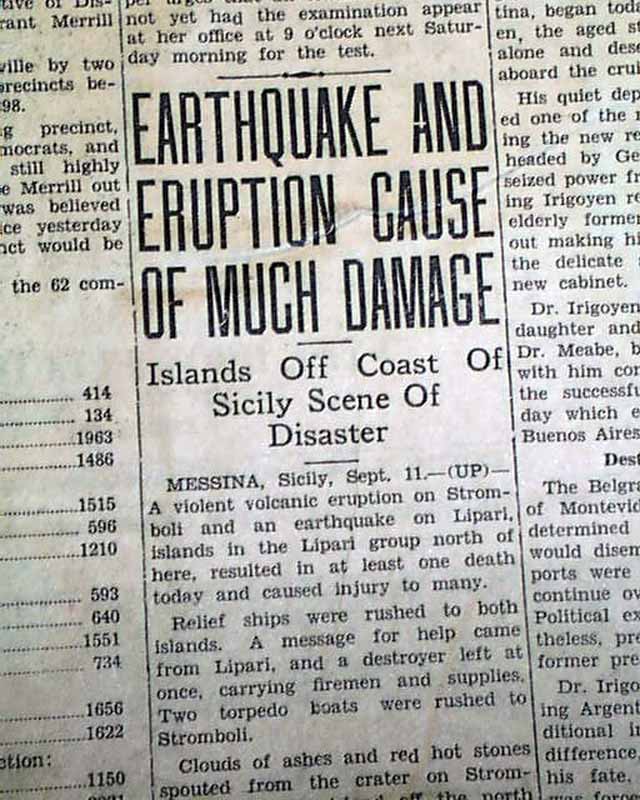 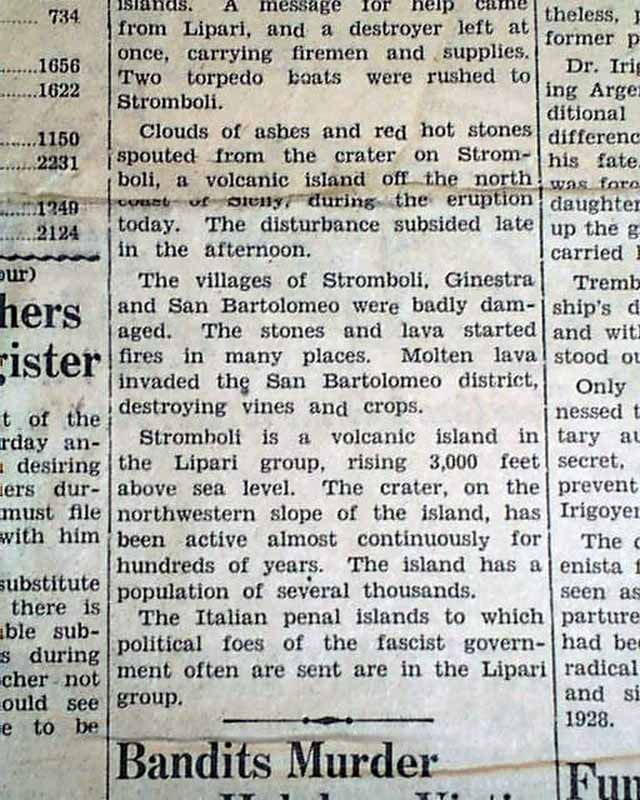