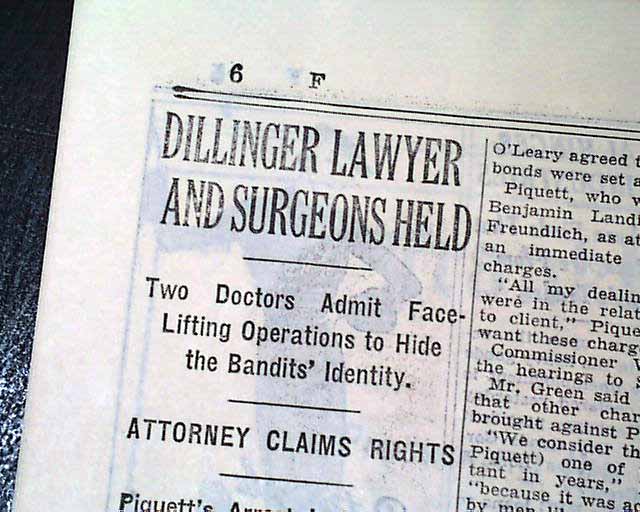 This 100+ page Sunday newspaper has one column headlines on page 6 that include: "DILLINGER LAWYER AND SURGEONS HELD", "Two Doctors Admit Face-Lifting Operations to Hide the Bandits' Identity" and more with smaller subheads. This tells of the arrest of a few individuals that helped Dillinger disguise his appearance.