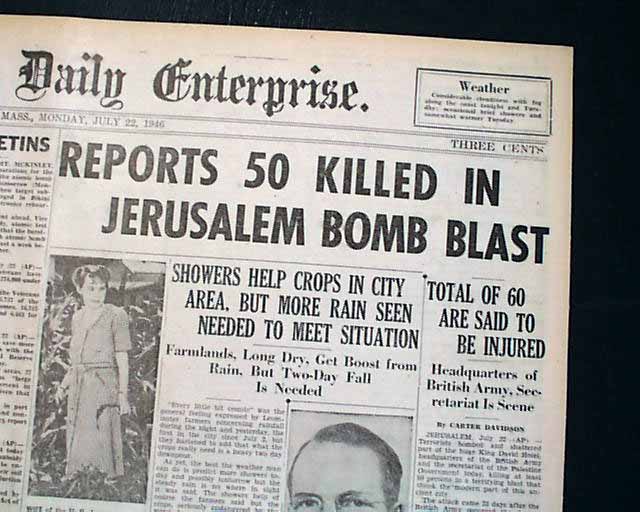 This 8 page newspaper has a nice four column headline on the front page: "REPORTS 50 KILLED IN JERUSALEM BOMB BLAST" with subheads. 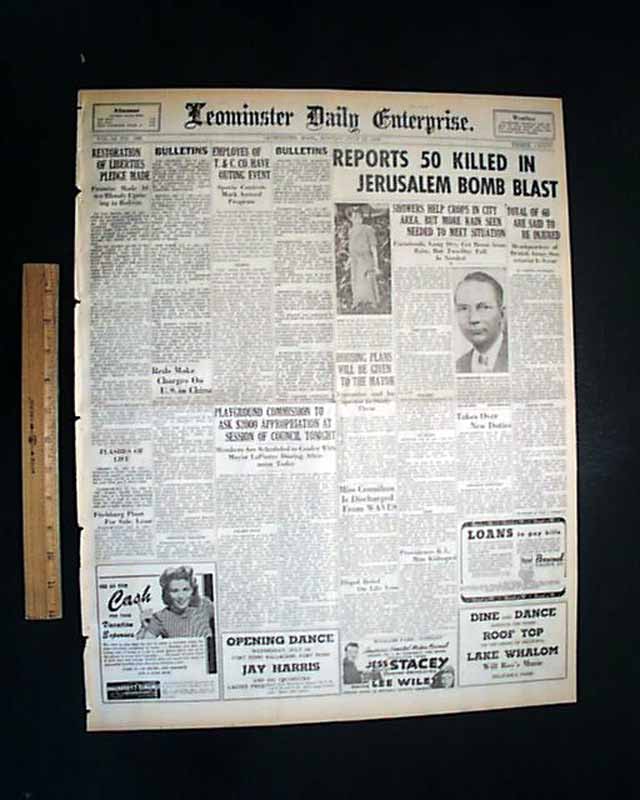 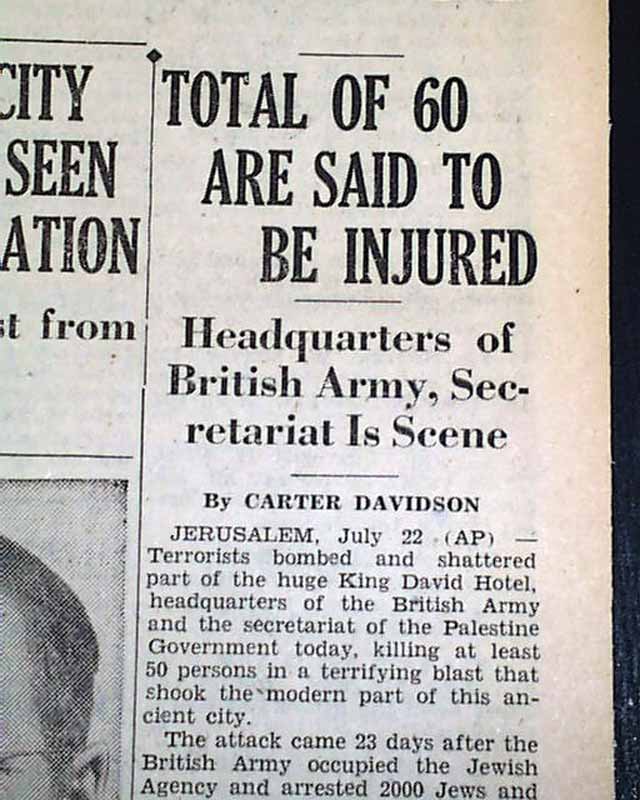 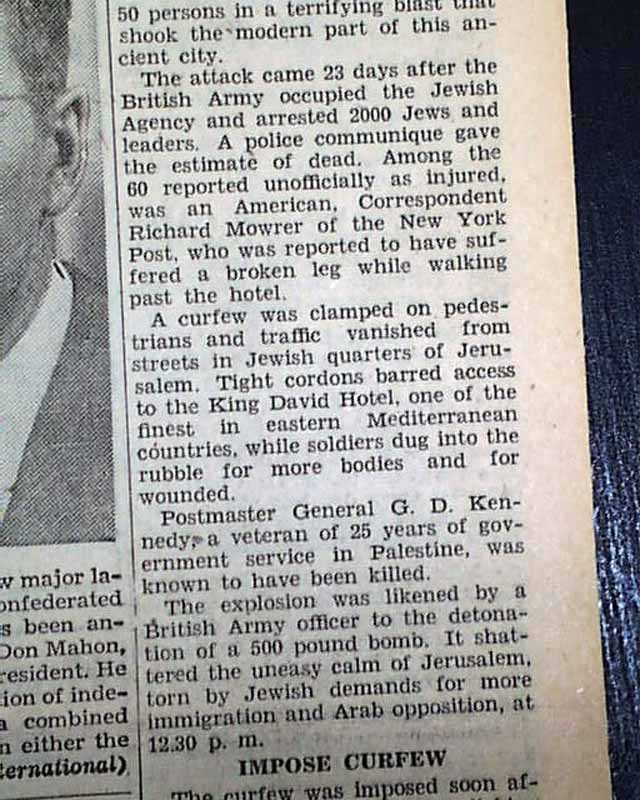 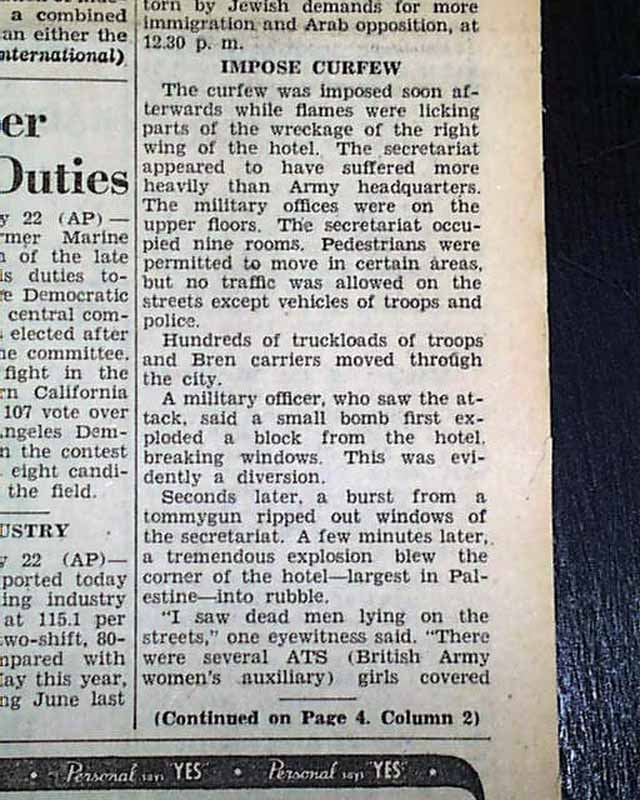