Home > Back to Search Results > For the golf enthusiast: creation of the PGA...
Click image to enlarge 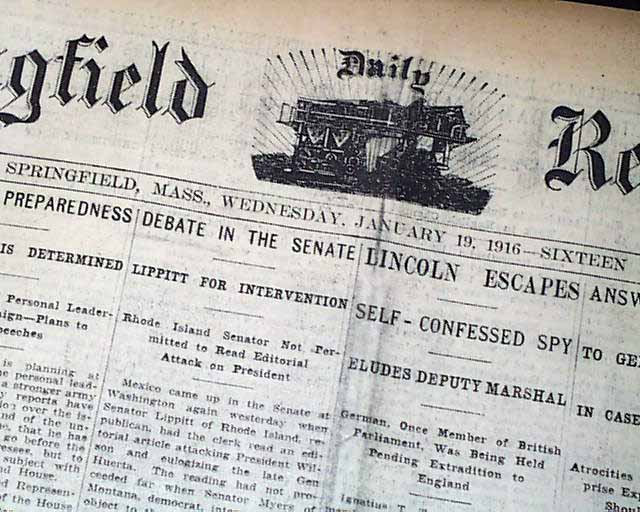 For the golf enthusiast: creation of the PGA...


SPRINGFIELD REPUBLICAN, Massachusetts, January 19, 1916  A one column head on page 8 reports an extremely notable event in the sport of golf: the creation o the PSGA. It is headed: "Pro Golfers' Club" and "Ouimet Among Boomers of Proposed Organization". Two citations from the web confirm its significance:
wikipedia notes: Founded in 1916, the Professional Golfers Association of America (PGA of America) is the largest working sports organization in the world, with more than 28,000 members. The organization is now primarily a representative body for its club and teaching professionals, both men & women.
The PGA website includes: At the invitation of department store magnate Rodman Wanamaker, a number of golf professionals and leading amateurs of the era gather for lunch at the Taplow Club in the Martinique Hotel on Broadway and West 32nd Street in New York City on Jan. 17. Wanamaker believed golf professionals could enhance equipment sales if they formed an association.
Light browning, a little wear, otherwise good. Should be handled with care. 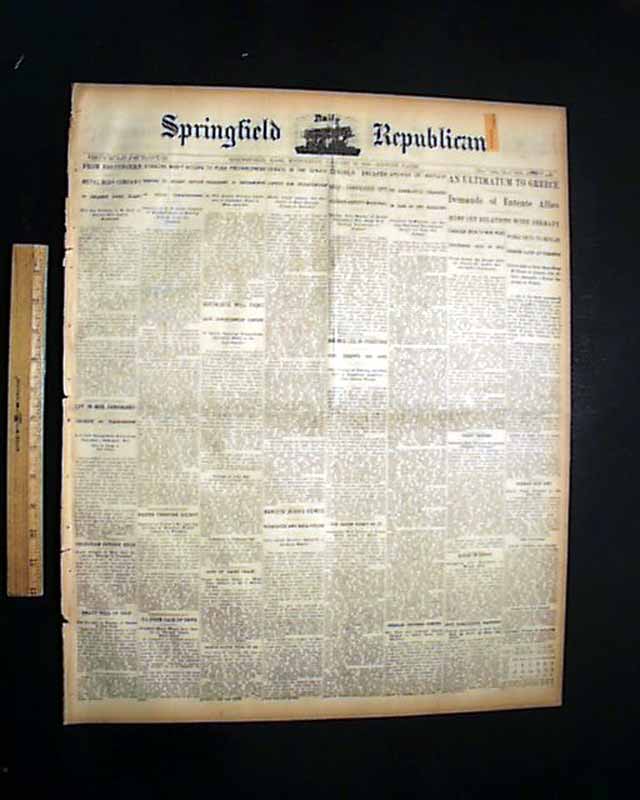 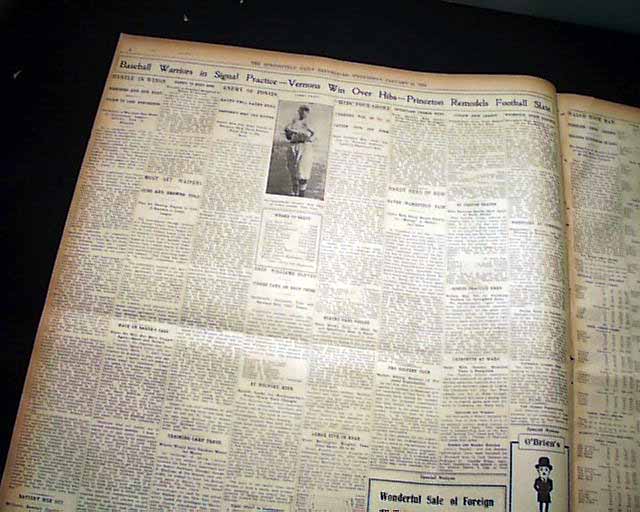 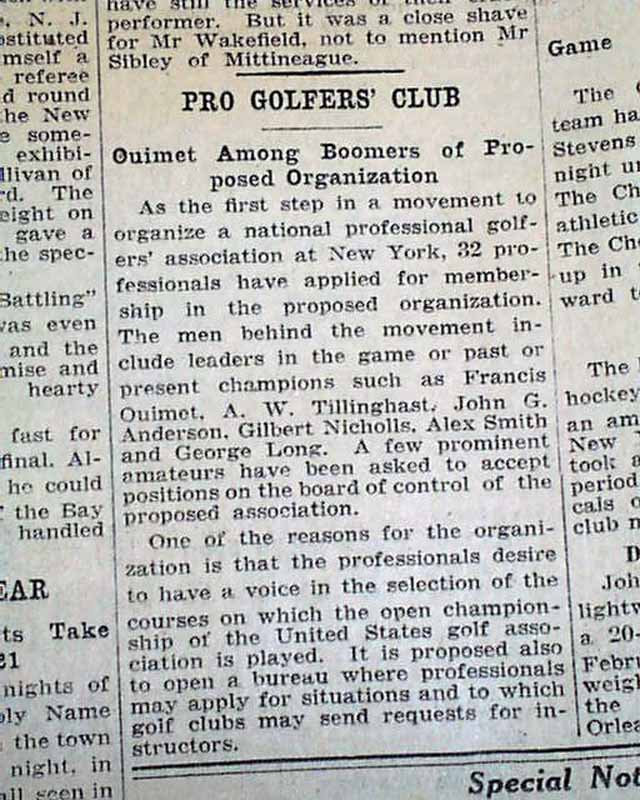