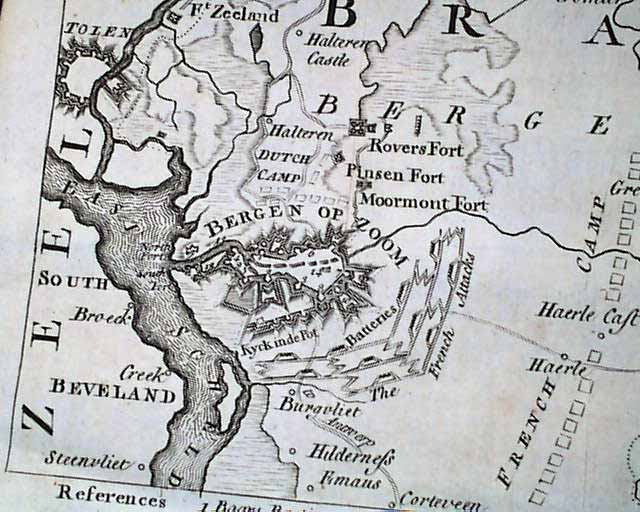 Perhaps the prime item in this issue is the very nice foldout map titled: "The Marquisate and Plan of Bergen Op Zoom with the French Camp and Attacks, by an engineer, 1747". Much detail on this area of The Netherlands (see photos). This map is in nice condition but is close-trimmed at 2 edges touching portions of the border but not affecting any of the map.

This issue also features another full page plate which includes several illustrations (see photos). Over a full page is taken up with a sheet of music (see photos).

Near the back is the "Historical Chronicle" which has various news reports from throughout Europe. Included is a report headed: "Progress of the Siege of Bergen-op-Zoom" which takes over a full page (see for portions) and related to the accompanying map.

Complete in 56 pages, 5 by 8 1/4 inches, full title/contents page with an engraving of St. John's Gate, this issue is in nice condition.

A very nice pre-French & Indian War magazine from the "mother country" with a wide range of varied content including news of the day, political reports, literary items, and other unusual tidbits. This was the first periodical to use the word "magazine" in its title, having begun in 1731 and lasting until 1907. 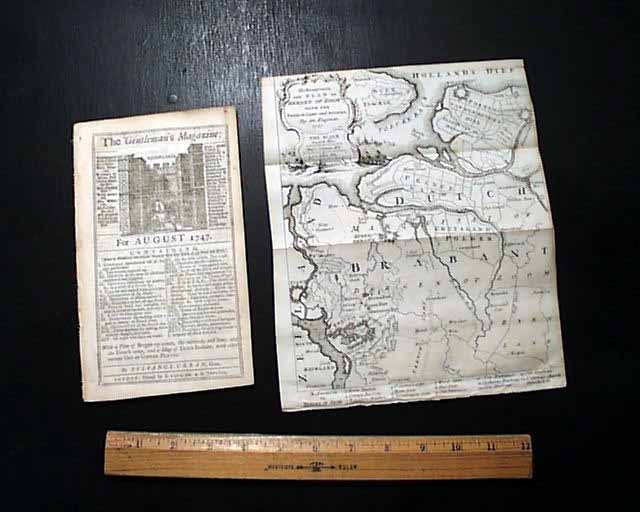 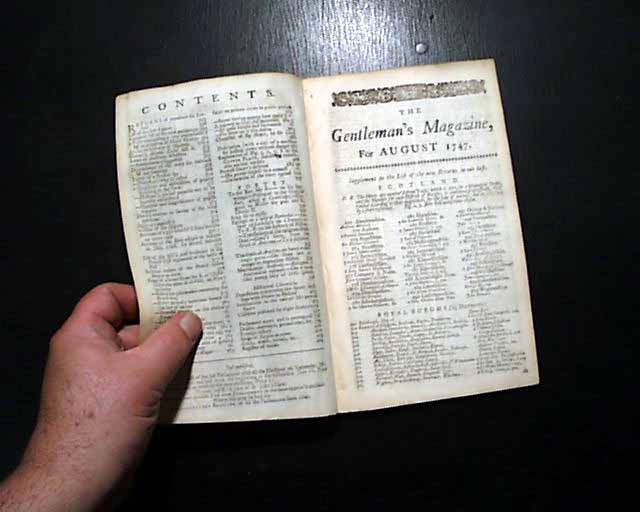 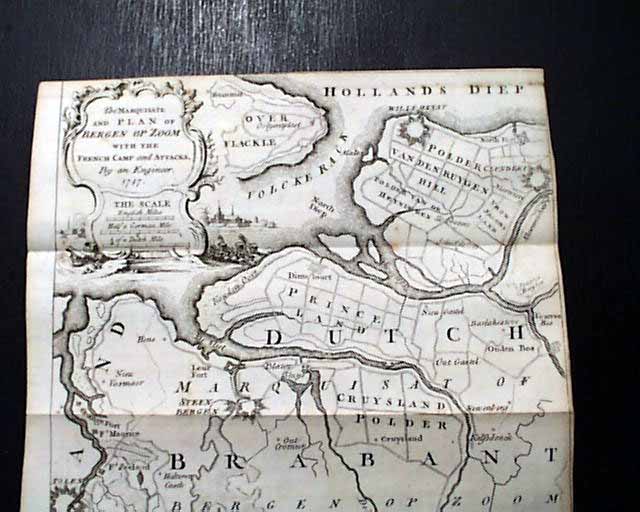 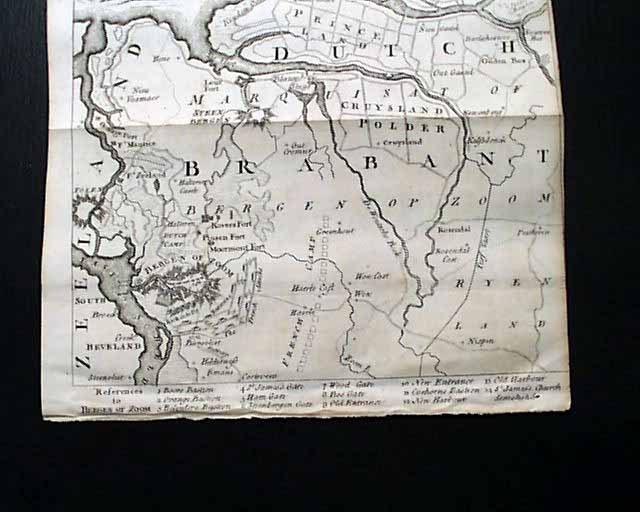 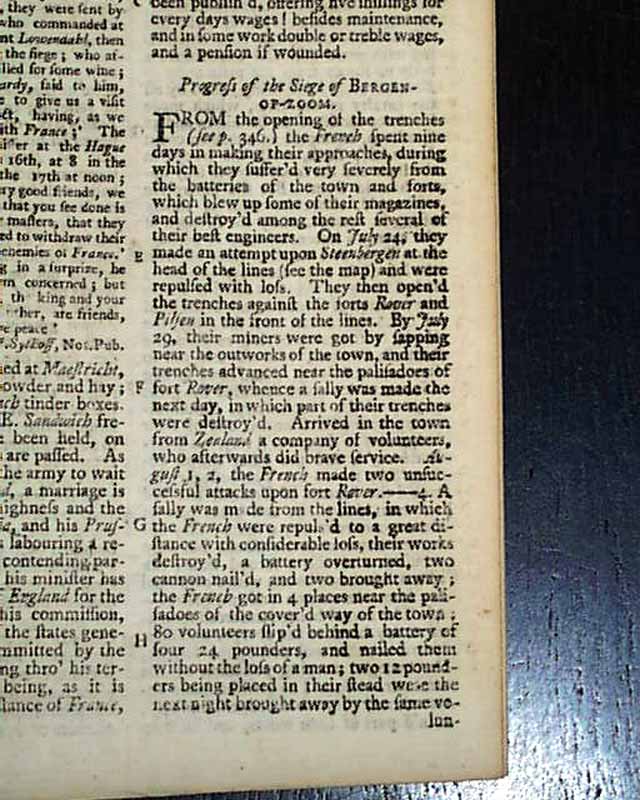 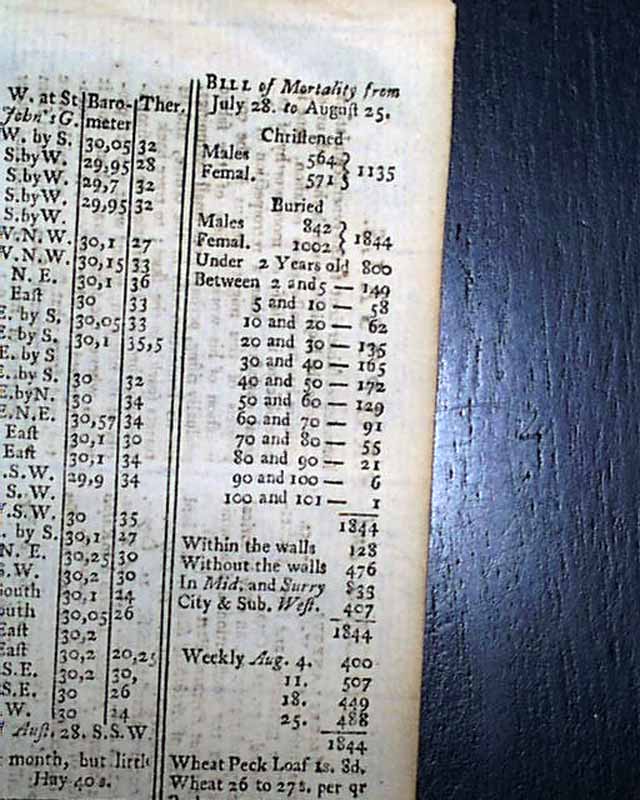 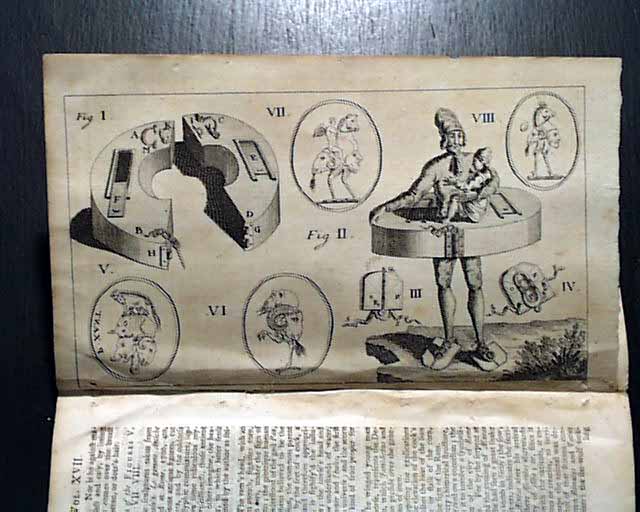