Home > Back to Search Results > Near end of Civil War in 1865...
Click image to enlarge 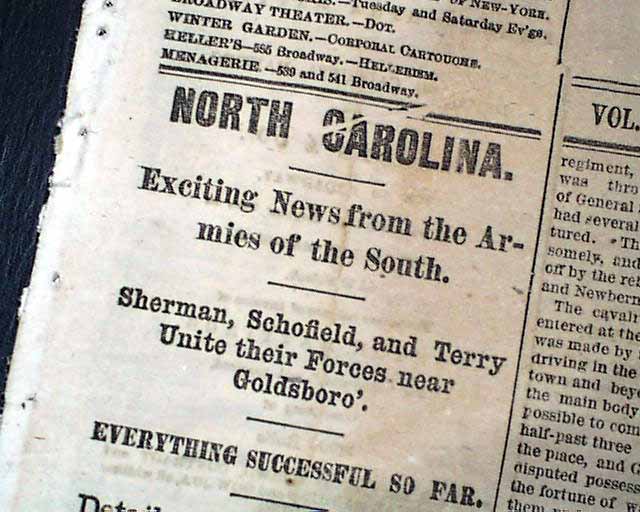 Among the front page one column heads on the Civil War are: "NORTH CAROLINA", "Sherman, Schofield, & Terry Unite Their Forces near Goldsboro", "The Enemy Defeated & Driven Back at Every Point", "VIRGINIA", "A Battle Going on Yesterday Before Petersburg", "Grant's Lines Advanced Some Miles" and much more.

Eight pages and in nice condition.