Home > Back to Search Results > Early reporting of Adolph Hitler... Exploration of the tomb of King Tut...
Click image to enlarge 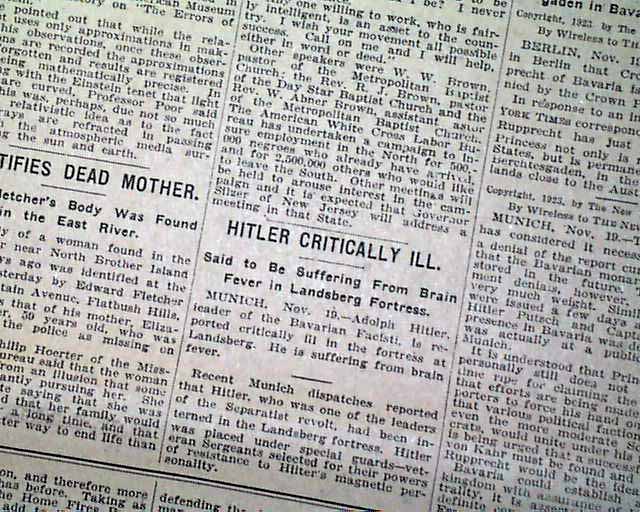 Early reporting of Adolph Hitler... Exploration of the tomb of King Tut...

This 40 page newspaper has small one column headings on page 3: "Hitler Critically Ill" and "Said to Be Suffering From Brain Fever in Landsberg Fortress". See photo for brief text on a early and rare report on Adolph Hitler. Millions of innocent people could have been spared if this outcome would have been different.

Also within the issue is an interesting report on King Tut's tomb discovery.

Additional news, sports and advertisements are within. Light browning with little margin wear, mainly along spine, otherwise in good condition.