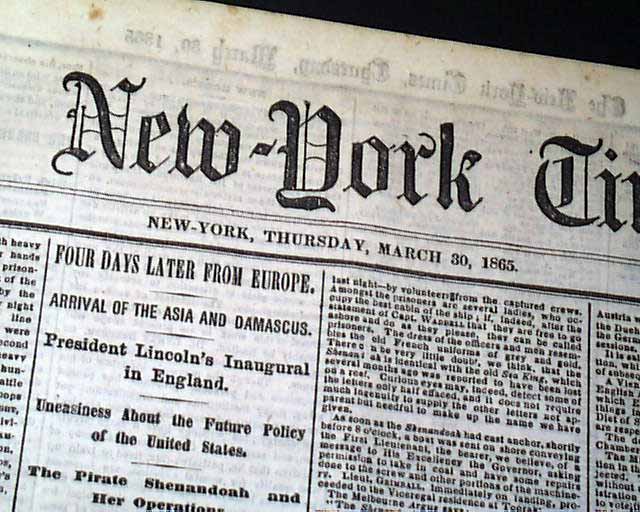 Among the front page one column heads on the Civil War are: "Army of the Potomac", "Important Movement in Progress", "Result of the Consultation between the President & Our Generals", "The Battle Before Petersburgh", "Gen. Lee's Official Report", "Cavalry Operations", "Rapid Advance of the Cavalry Under Gen. Stoneman", "Rebel Communications with Mobile to be Destroyed" and more. Included is a letter signed in type: R. E. Lee, on the report of a battle (see photo). War news on the inside pages as well.

Issue is complete with eight pages and in very nice condition.