Home > Back to Search Results > Rudolph Hess parachutes in 1941...
Click image to enlarge 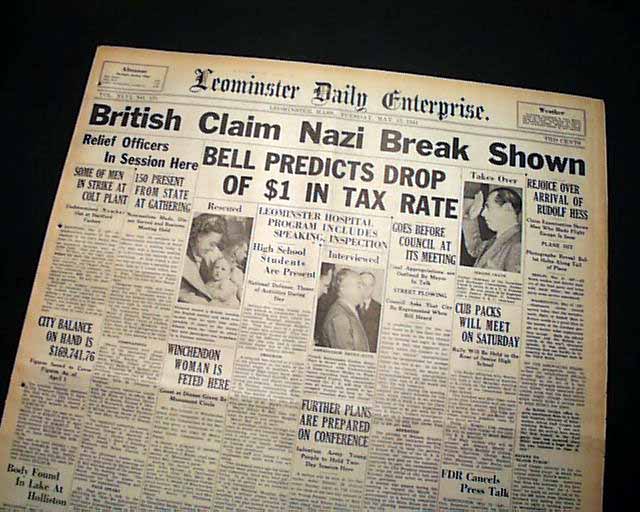 This 8 page newspaper has a banner headline on the front page: "British Claim Nazi Break Shown", with subheads that include: "REJOICE OVER ARRIVAL OF HESS", "Claim Examination Shows Man Who Made Flight Escape Is Sane", and more (see Images).

Other news of the day. Light browning, otherwise good condition.

wikipedia notes: Like Goebbels, Hess was privately distressed by the war with Britain. According to William L. Shirer, author of The Rise and Fall of the Third Reich, Hess may have hoped to score a diplomatic victory by sealing a peace between the Third Reich and Britain. 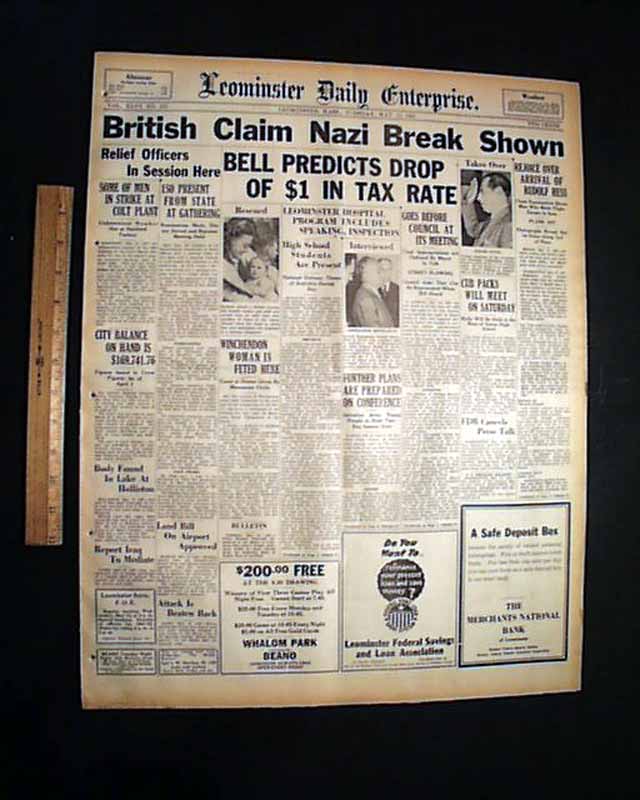 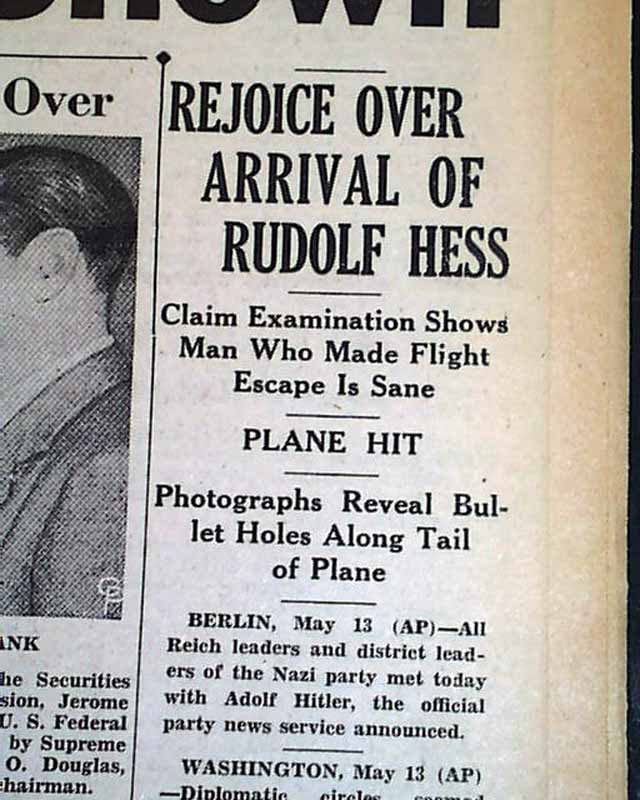 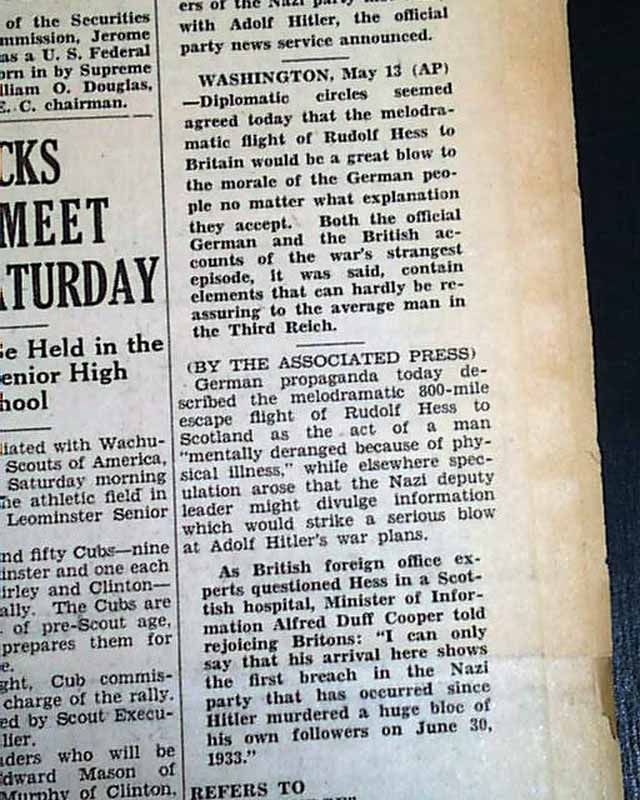 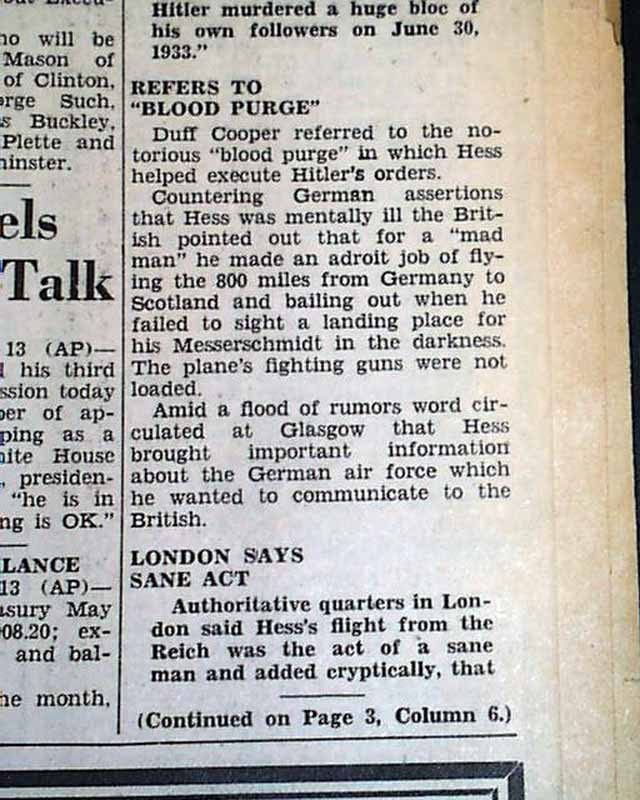 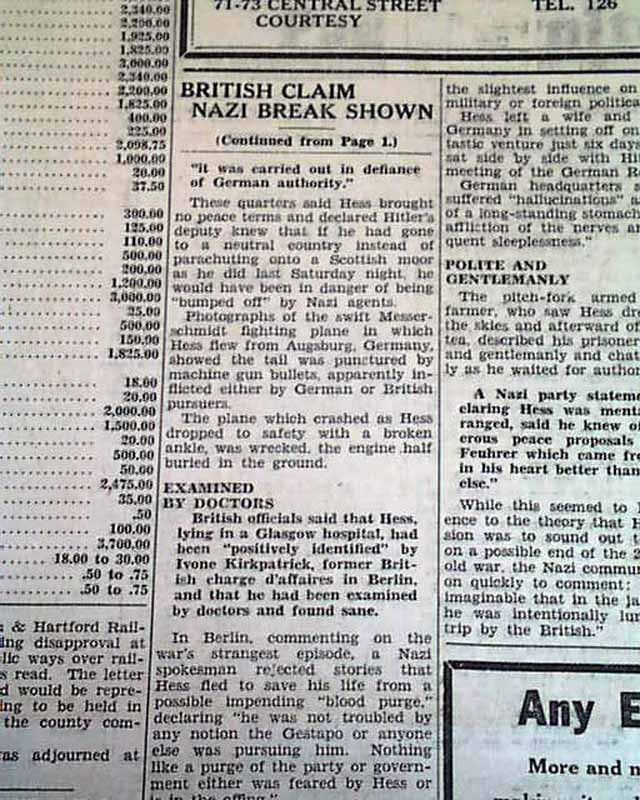