Home > Back to Search Results > Sherman's march to the sea, in his own words...
Click image to enlarge 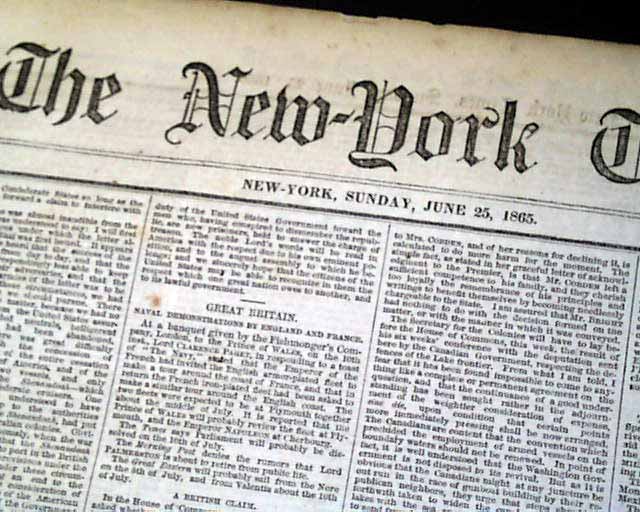 Sherman's march to the sea, in his own words...

The front page has last column heads at the top: "OFFICIAL REPORTS", "Sherman's March from Atlanta to Savannah", "His Own Account of the Grand Campaign", "Gen. Hooker and the Army of the Potomac", "Testimony of the General Before the War Committee", "His Statement of the Disastrous Battle of Chancellorsville", "Interesting Correspondence with President Lincoln", "Sherman's Great Campaign". The text takes not only the remainder of the column but carries over to take nearly half of page 2 where it is signed in type: W. T. Sherman, Major-General.

Page 3 includes: "The Assassination--A Curious Statement" which includes a comment: "...Booth commenced by saying that a plan was formed by parties in the Northern States and Canada, friends of the Confederacy, to capture or assassinate Mr. Lincoln..." with more; and the back page has: "Affairs In Texas", "Particulars of the Occupation of Galveston" and more.

Issue has eight pages, a bit irregular at the spine but is otherwise in very nice condition. 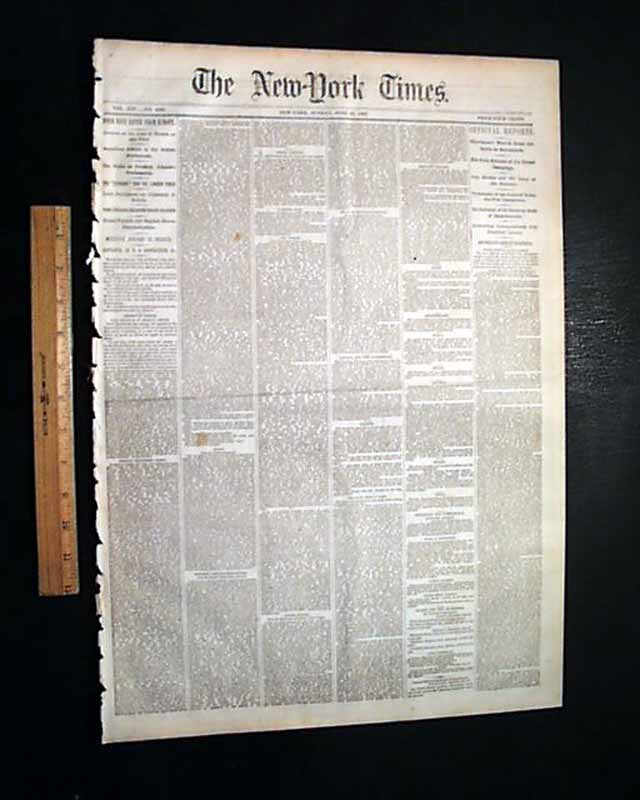 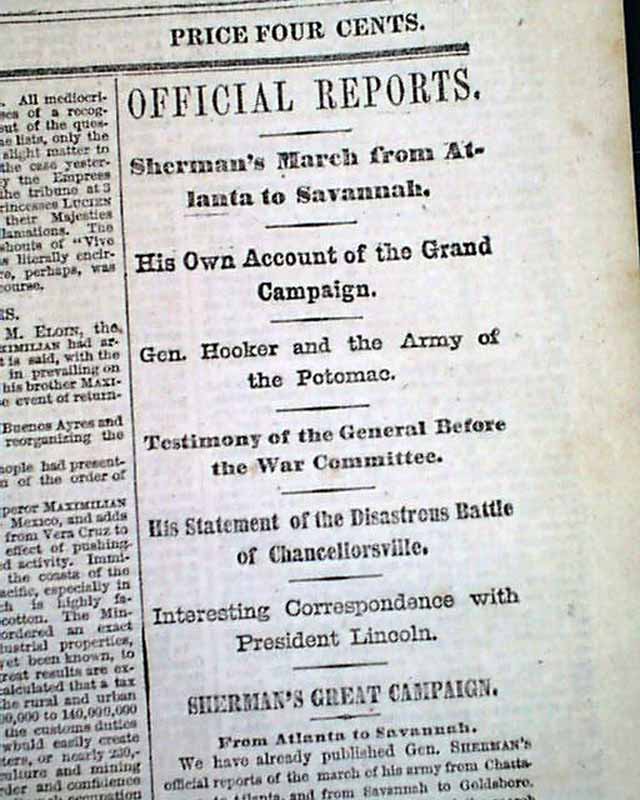 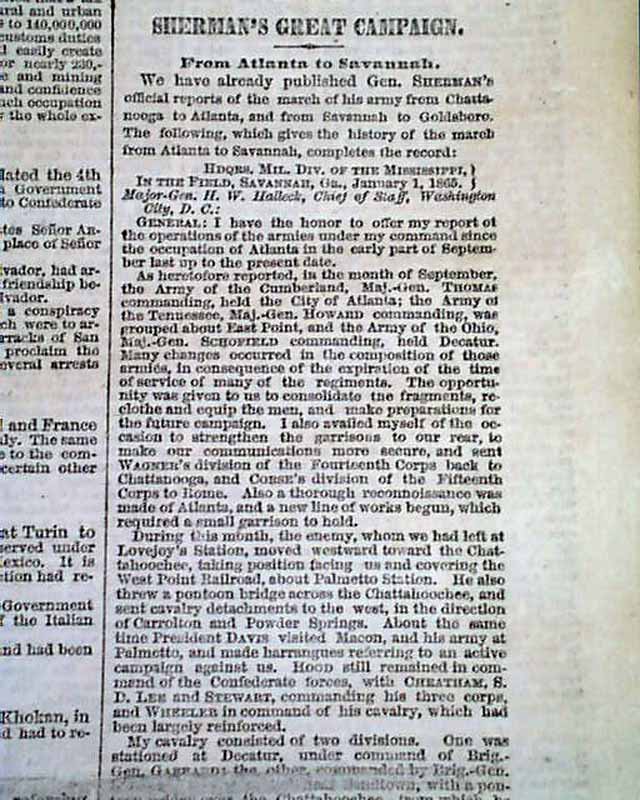 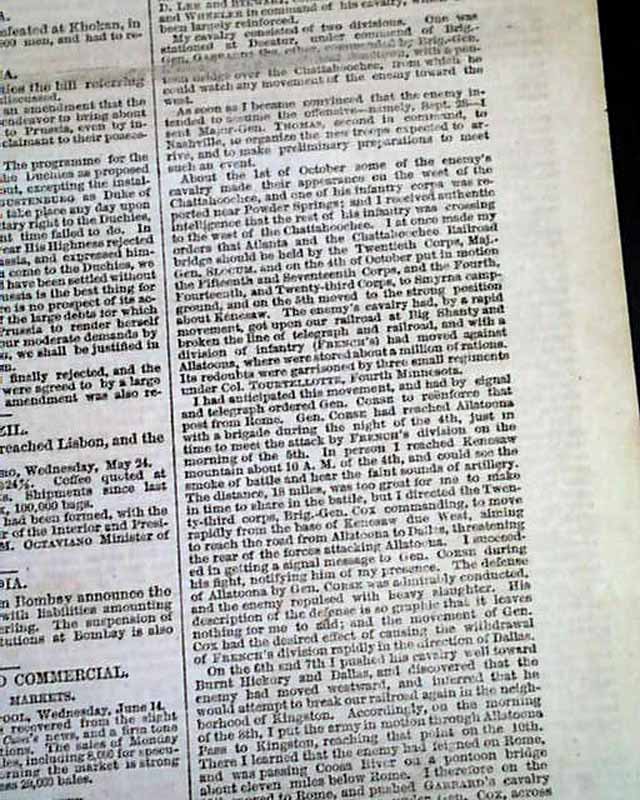