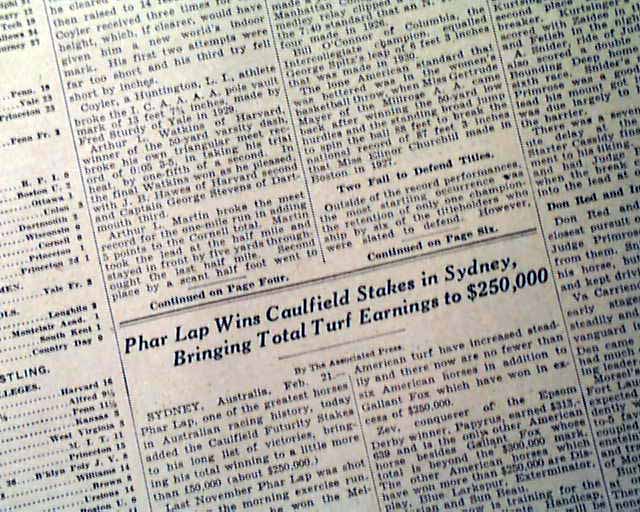 This is a rather historic issue for any horse racing collectors, as this is the very first mention of the famous Australian racehorse "Phar Lap" in the prestigious New York Times newspaper.

This 100+ page Sunday issue has a two column heading on the front page of the sport's section: "Phar Lap Wins Claulfield Stakes in Sidney, Bringing Total Turf Earnings to $250,000"
which tells of Phar Lap winning the "Caulfield Futurity Stakes" in Sidney, Australia.