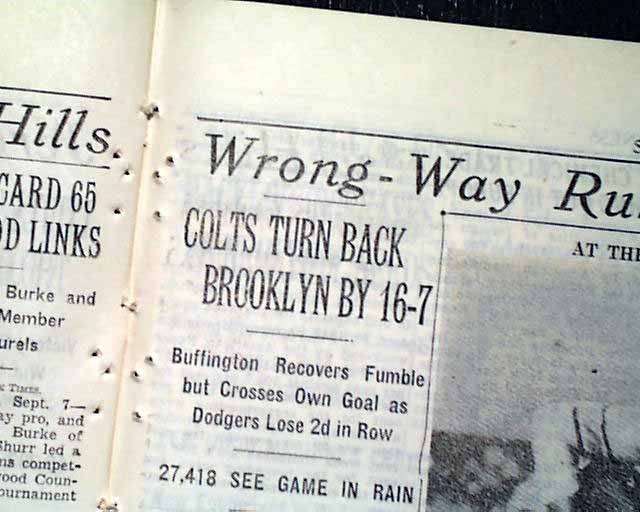 This 44 page newspaper has a banner headline on page 29 that reads: "Wrong-Way Run by Buffington Helps Baltimore Down Football Dodgers" with subheads that include: "Colts Turn Back Brooklyn By 16-7" an d more with Stats & lineups (see images).

This was the Colts very first game in franchise history. It is also their very first win as well. A historic item for the true Colts fan.