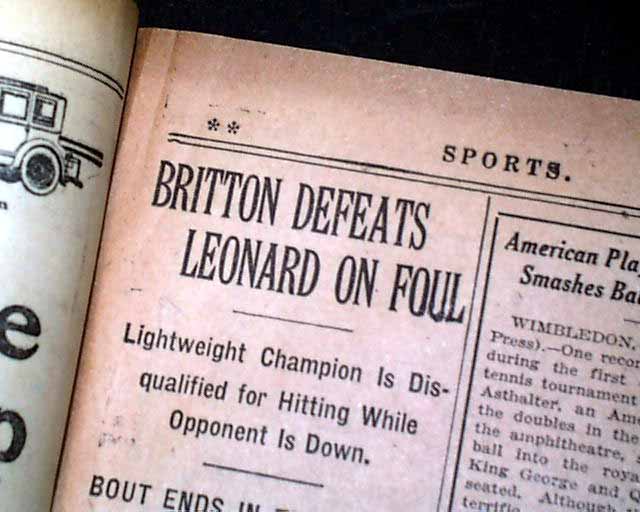 This 36 page newspaper has one column headlines on page 11 that include: "BRITTON DEFEATS LEONARD ON FOUL", "Lightweight Champion Is Disqualified for Hitting While Opponent Is Down", "Bout Ends In Thirteenth", "26,000 On Hand For Match" and more (see images). This tells of the Benny Leonard vs. Jack Britton boxing title fight. Lengthy text includes round by round description.

The "Ghetto Wizard", as he was known, was born and raised in the Jewish ghetto, which was then located in the lower east side of Manhattan, New York City, on whose streets he learned to fight.

Leonard was known for his speed, excellent boxing technique and ability to think fast on his feet. He also was a hard hitter, who scored 70 KOs out of his 183 wins. Leonard was defeated 19 times and was held to a draw on 11 occasions. As was common in the era in which he fought, Leonard engaged in several no-decision matches and is believed to have fought 213 bouts.

Besides being lightweight champion, Leonard challenged welterweight champion Jack Britton for his title on June 26, 1922. He lost the fight when he was disqualified for hitting Britton when Britton was down in the thirteenth round. 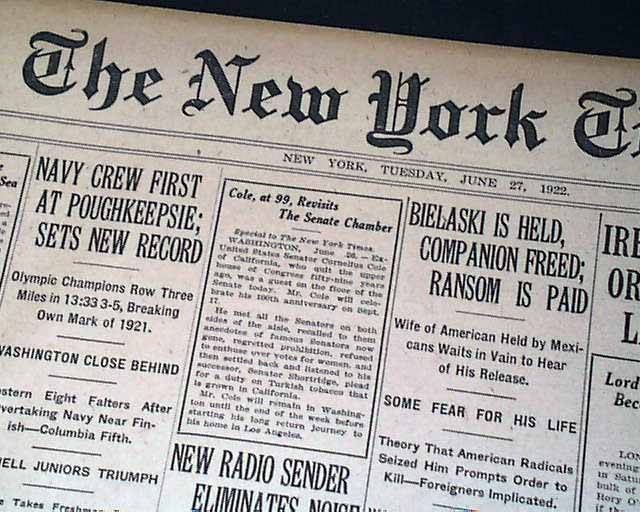 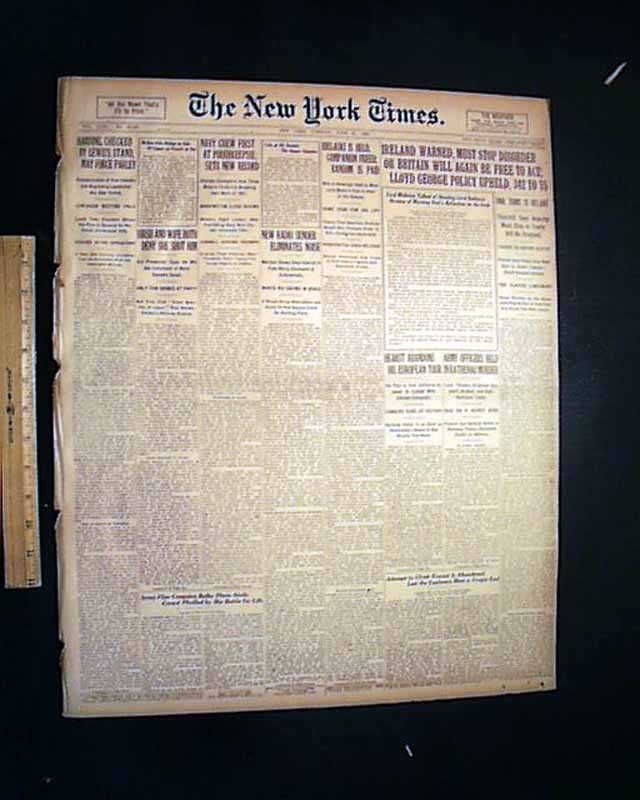 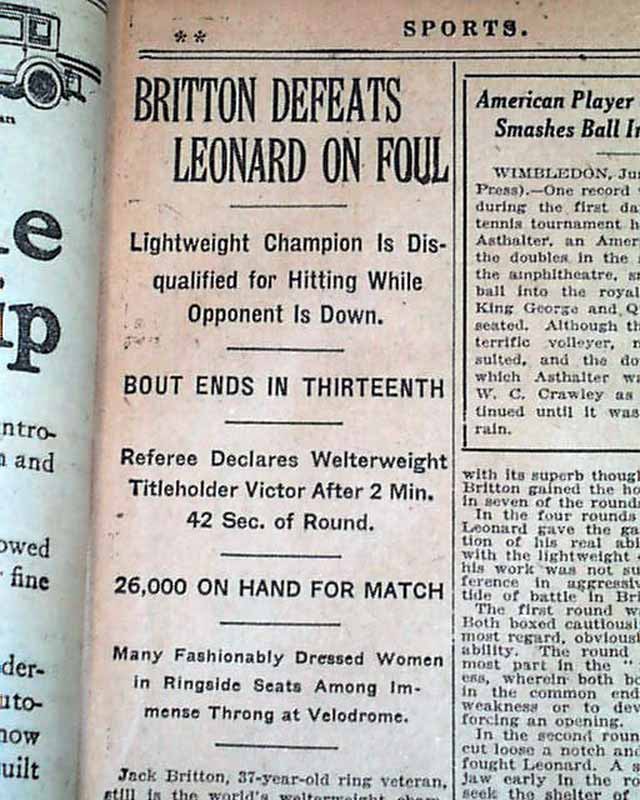 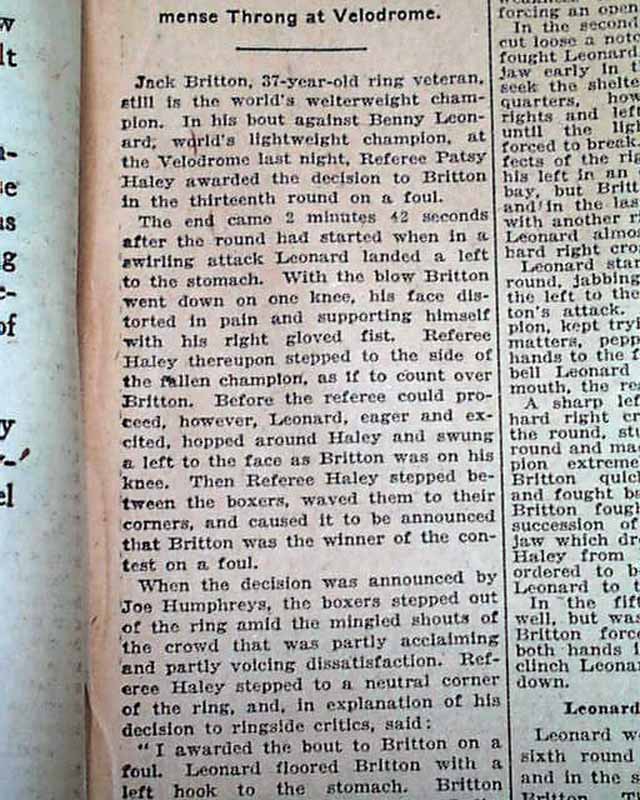 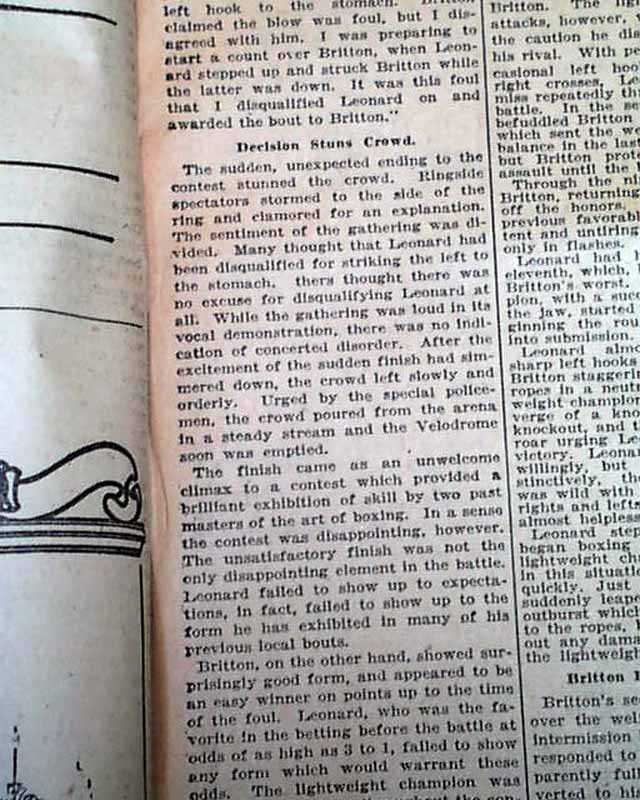 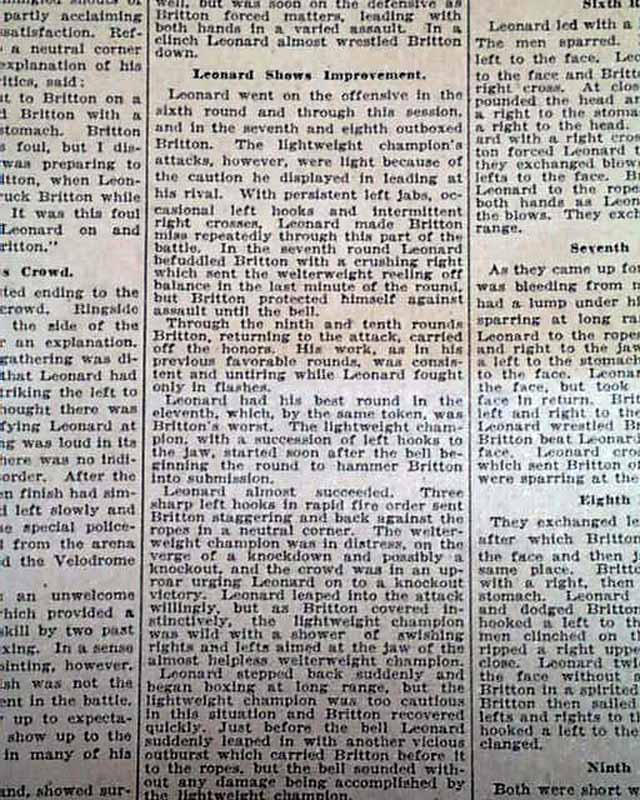 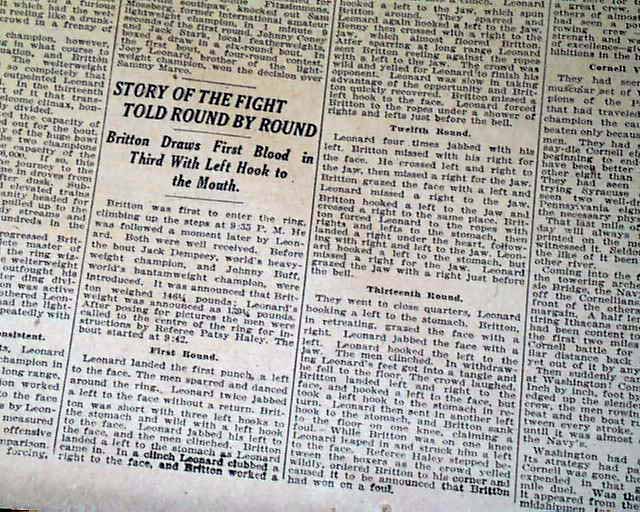 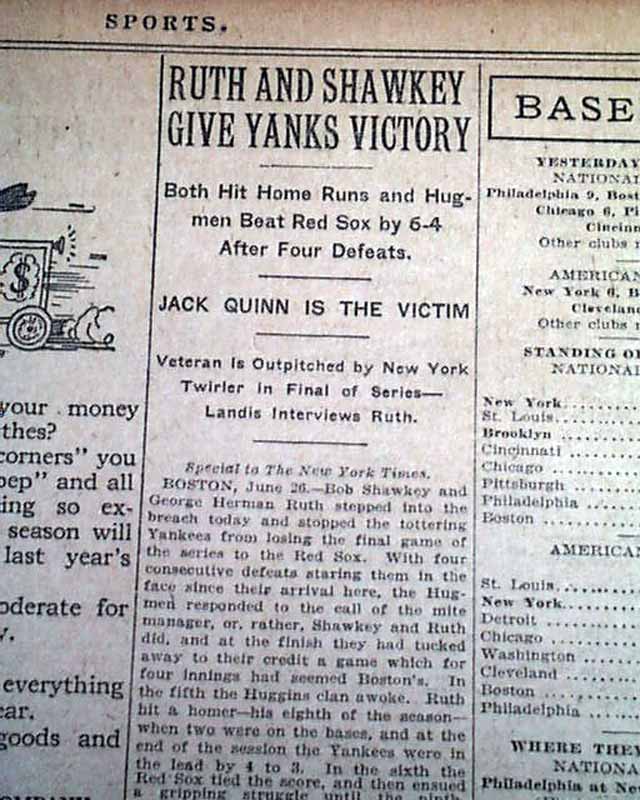