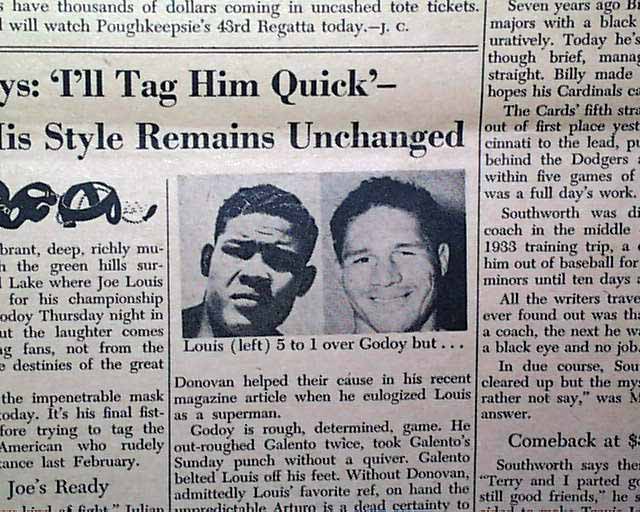 
PM Magazine, New York, June 18, 1940  This is Volume 1, Number 1, issue. The frontpage features the headline "Hitler Arrives In Munich to Meet Mussolini" and a photo of "The 85,000-ton liner Queen Elizabeth is re-fueled and could said today for Halifax. But Cunard officials, making mysteries, deny she will sail, won't explain re-fueling". Within the issue is "Louis Says: 'I'll Tag Him Quick' - But His Style Remains Unchanged" which is referencing the boxing rematch between Joe Louis and Arturo Godoy which was to be held in a couple days. Louis won both matches. Other news and daily interest are within.

This publication begun in New York under the management of Ralph Ingersoll, formerly publisher of Time. The new paper was a square tabloid of thirty-two pages, leaned heavily on pictures, printed no advertising (except a brief resume of leading offerings present as news), departmentalized its news content and interpreted freely.

This is complete in 32 pages measuring 11.5 x 14.5 inches, with a small piece missing from the front page and a few edge tears, otherwise in good condition.