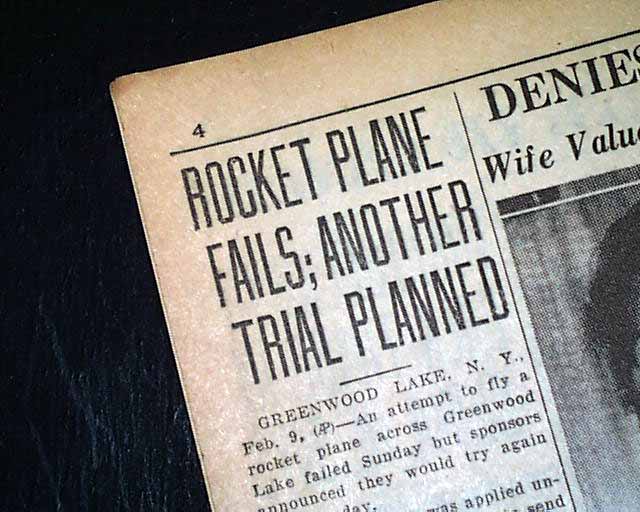 This 18 page newspaper has a one column headline on page 4:  "ROCKET PLANE FAILS; ANOTHER TRIAL PLANNED" with smaller subheads. Tells of the 1st test flight try of the 1st U.S. rocket mail plane.

Other news of the day throughout including period advertisements. Minor spine wear, but otherwise in nice condition.

wikipedia notes: The first successful delivery of mail by a rocket in the United States was made on 23 February 1936, when two rockets that were launched from the New Jersey shore of Greenwood Lake landed on the New York shore, some 300 metres away.