Home > Back to Search Results > Prelude to the Third Reich... Nazis...
Click image to enlarge 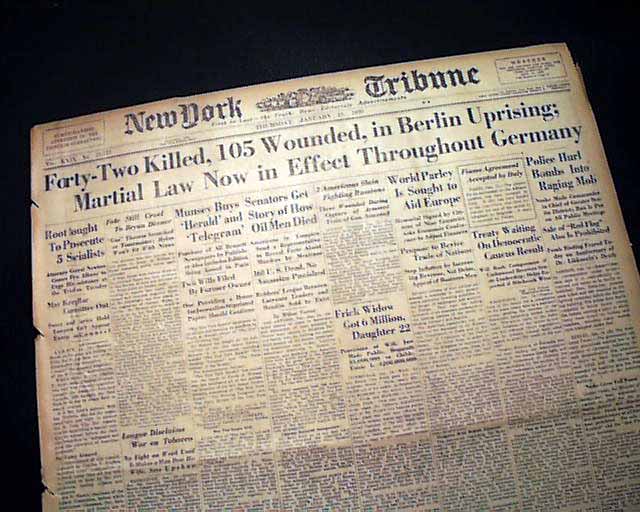 Prelude to the Third Reich... Nazis...

This 20 page newspaper has a nice banner headline on the front page: "Forty-Two Killed, 105 Wounded, in Berlin Uprising; Martial Law Now in Effect Throughout Germany" with subheads (see photos). This tells of a riot in front of the Reichstag Building. See photos for some text here. Was this the beginning of what brought on the formation of Nazi Germany?