Home > Back to Search Results > Early from the far Northwest...
Click image to enlarge 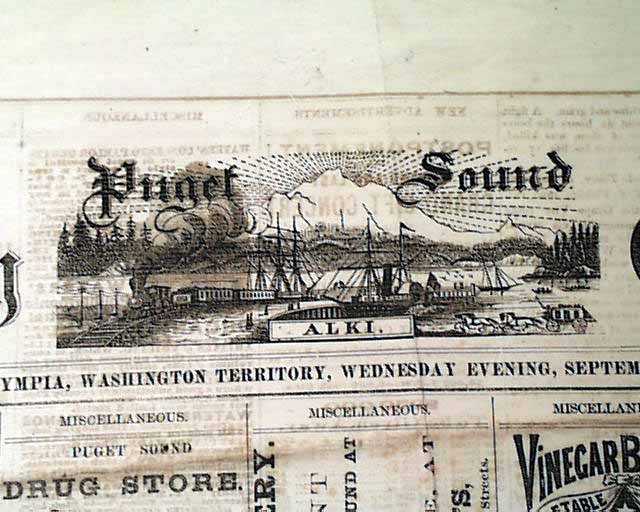 Early from the far Northwest...

An early issue from the Northwest which features a nice engraving of Puget Sound in the masthead (see). Most of the ftpg. is taken up with advertisements, several of which are illustrated, with both news & more ads on the inside. Four pages, never bound nor trimmed, minor spine wear, several folds, generally in nice condition.

Great from the ghost town from the Co...