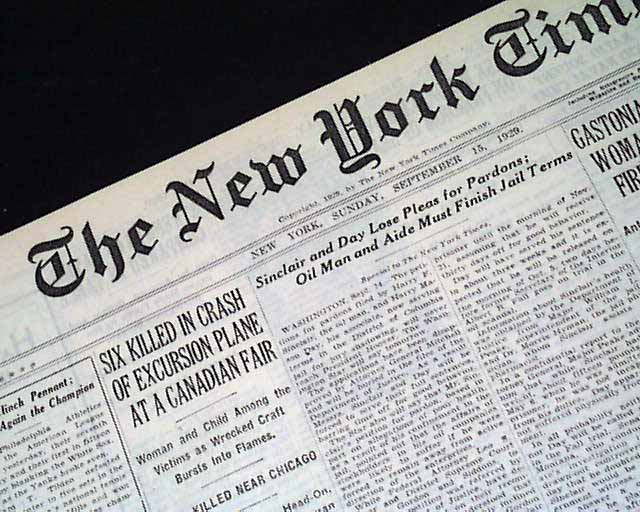 This 100+ page newspaper has small one column headings on page 3:  "To Aim Rocket Into Space", "Prof. Oberth of Berlin Will Design Projectile to Leave the Earth".

Other news of the day throughout including various advertisements. Rag edition in great edition.

source: wikipedia: Hermann Julius Oberth (25 June 1894 – 28 December 1989) was a Transylvania-born German-Hungarian physicist and engineer of Saxon (mostly) ancestry, who along with the Russian Konstantin Tsiolkovsky and the American Robert H. Goddard, was one of the founding fathers of rocketry and astronautics. The three never were active collaborators, and in fact, never knew one another: instead, their parallel achievements occurred independently of one another.