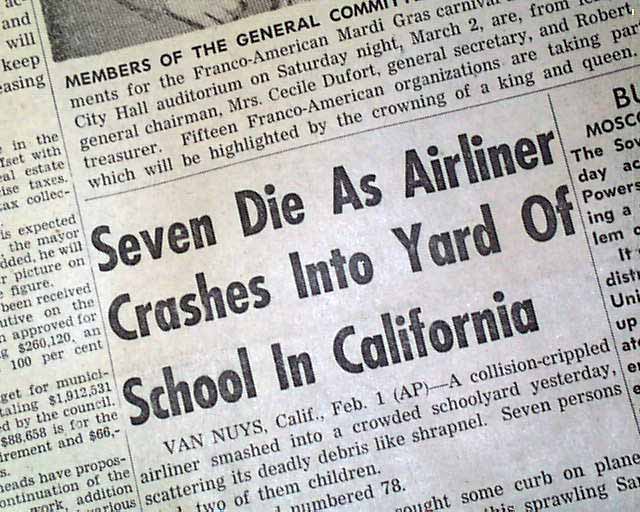 This 8 page newspaper has a two column headline on the front page: "Seven Die As Airliner Crashes Into Yard Of School In California" This tells of the Pacoima aircraft incident.

wikipedia notes: On January 31, 1957, a Douglas DC-7 operated by Douglas Aircraft Company was involved in a mid-air collision and crashed into the schoolyard of Pacoima Junior High School in Pacoima in the San Fernando Valley of Los Angeles, California. By February 1, 7 people had died and about 74 had been injured due to the incident. A 12-year old boy died from multiple injuries from the incident on February 2.