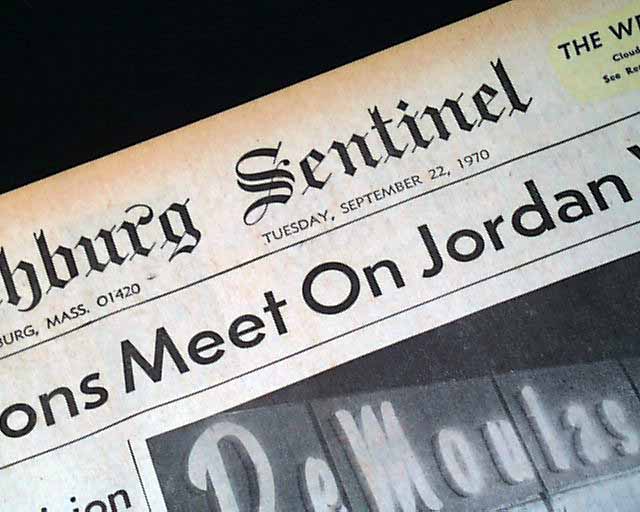 This 24 page newspaper has a two column headline on page 11: "Penalties Bombard Jets In 31-21 Loss"

Tells of the very 1st prime time televised NFL football game which was the beginning of Monday Night football which is still on till this day.

Other news of the day throughout. Minor spine wear, otherwise nice.

wikipedia notes: The 1970 NFL season was the 51st regular season of the National Football League, and the first one after the AFL-NFL Merger.

With the debut of Monday Night Football on ABC in September 21, 1970, the league became the first professional sports league in the United States to have a regular series of nationally televised games in prime-time.