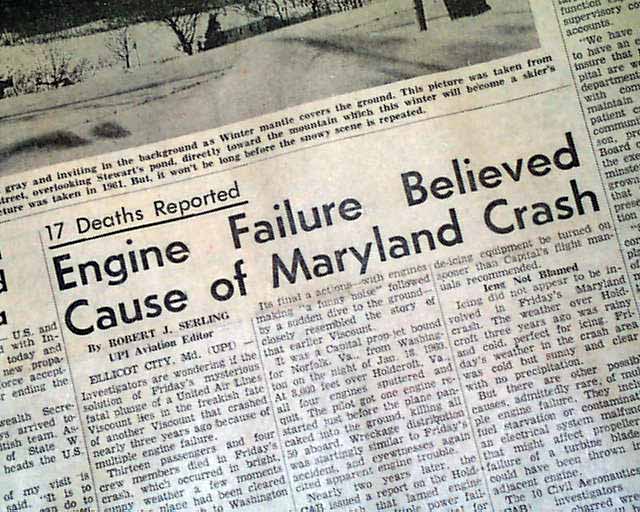 This 8 page newspaper has a three column headline on the front page: "Engine Failure Believed Cause of Maryland Crash" with caption: "17 Deaths Reported"

wikipedia notes: United Airlines Flight 297, a Vickers Viscount 745D, was a scheduled flight from Newark International Airport in Newark, New Jersey to Washington, D.C. with 17 people on board.

On November 23, 1962 at approximately 12:24 P.M. EDT, it crashed just northwest of what is now Columbia, Maryland after striking a flock of whistling swans while cruising at 6,000 feet. The bird strike caused the horizontal stabilizer to separate, leading to loss of control and the crash which killed all on board. The crew were Captain Milton J. Balog, Copilot Robert J. Lewis, and Stewardesses Mary Kathryn Kline and Kaaren G. Brent. Captain Balog had been with Capital Airlines, which had operated Viscount N7430 prior to Capital's merger with United.

Four crewmen and 13 passengers were killed, including six off-duty persons employed by United. Ten other victims were from the upstate New York area, including Spencer V. Silverthorn, president of the Chamber of Commerce.

On that same day, air crashes killed a total of 40 persons overseas. All 21 aboard a Hungarian airliner died near Paris; while 19 of 32 persons on a Portuguese military transport were killed on Island off the West Coast of Africa. 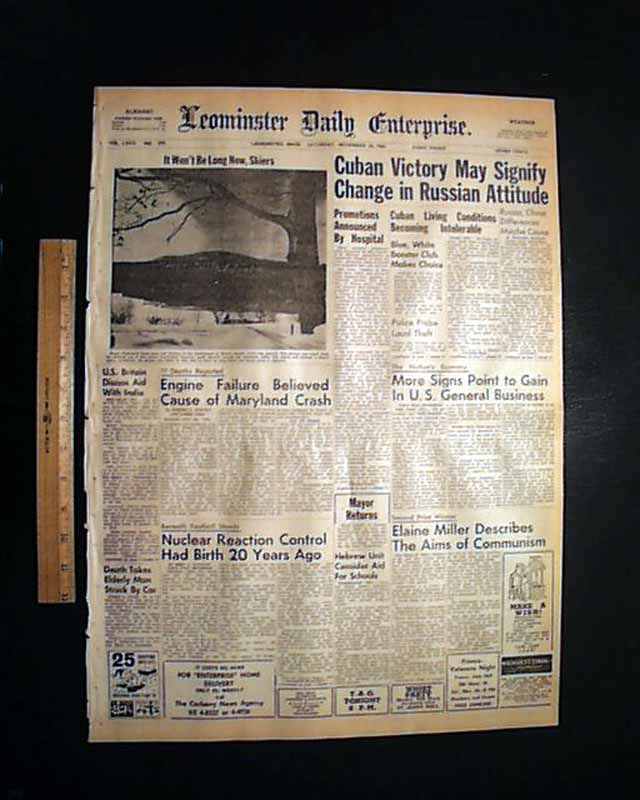 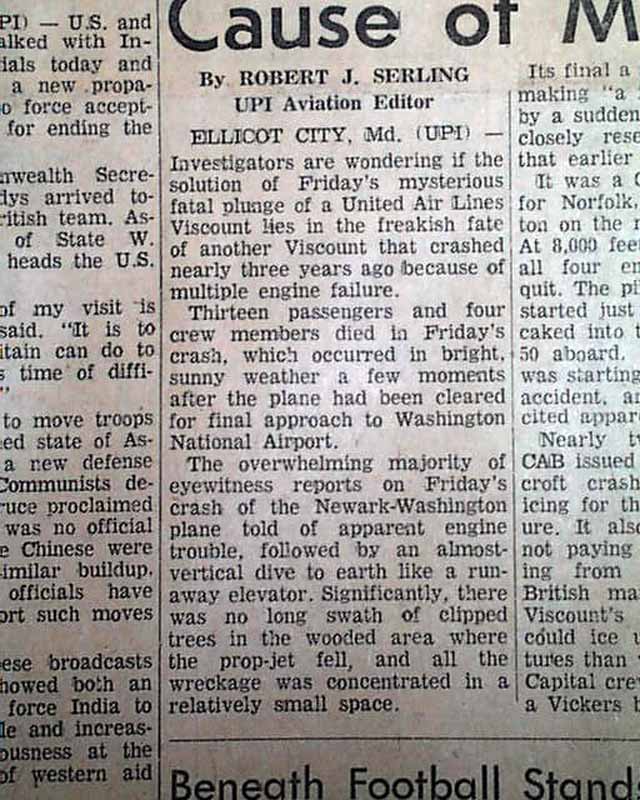 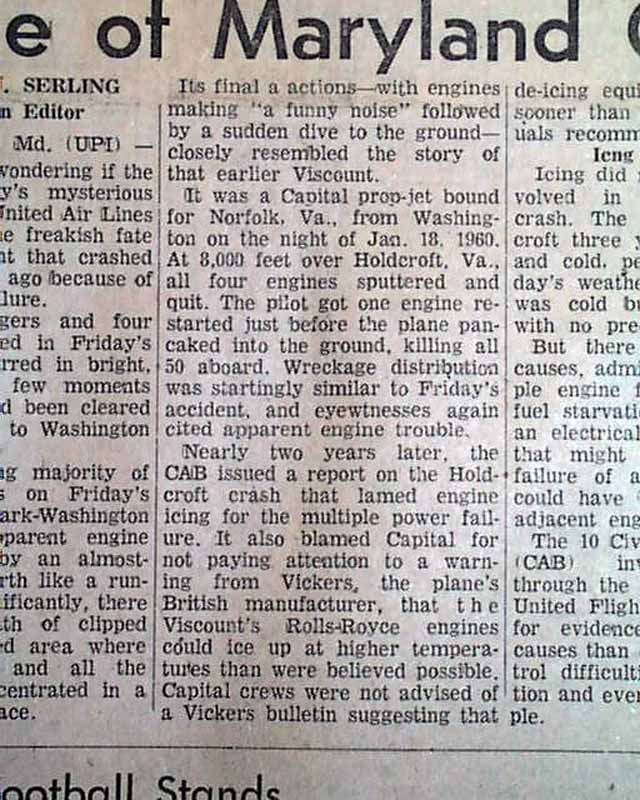 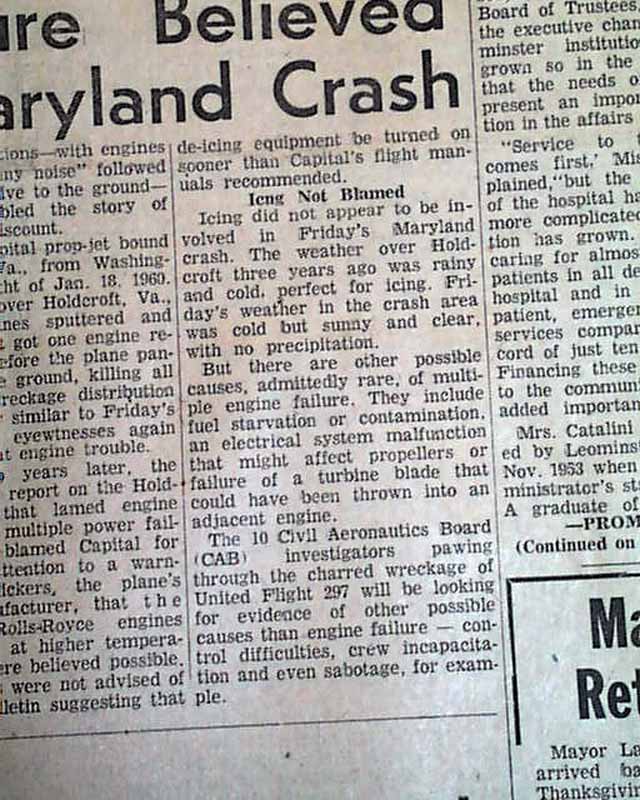