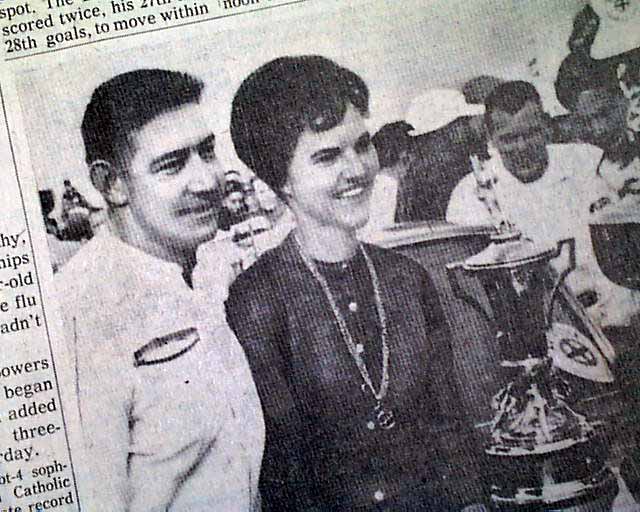 This 40 page newspaper has a one column headline on the front page of the sport's section (page 25):

Tells of the 4th ever Daytona 500 race in which driver Fireball Roberts won.

wikipedia notes: The 1962 Daytona 500 was won by Fireball Roberts driving a 1962 Pontiac. Roberts drove his famous number 22 to victory in three hours and 10 minutes. The race was run in its entirety without a single caution flag. Roberts dominated the event by leading 144 of the 200 laps. The win was Roberts' second victory of the season.